My friends always like to make fun of me for being an old man stuck in a young boy’s body.  They bemoan my fussiness.  I prefer to refer to it as being discerning.

When that stereotype doesn’t fit the bill, I morph into an immature brat in an adult’s body.  They complain about my adolescent sense of humour but I choose to see this as my attempt to maintain a youthful outlook on life.

When they run out of other things to say, they complain about my bad taste in jokes but I say that it’s only because you have to think a bit more deeply to see what’s funny.

Most of all, they complain that I love oily, fried junk food.  I don’t really have a retort to that.

So to mitigate the grounds of at least some of these armchair critics, I found myself at a pizza bar to demonstrate that I was able to appreciate being trendy. 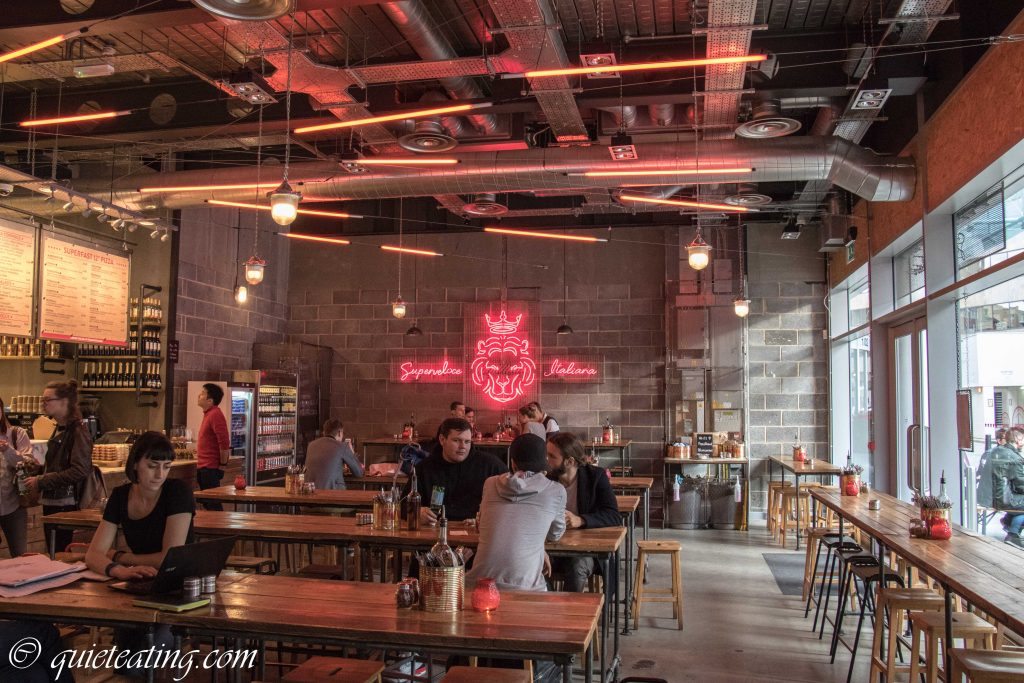 First impressions were favourable.  Didn’t look like how I remember Pizza Hut used to with its nausea-inducing fake leather seats.  I guess the plastic there makes it easier to clean up after patrons discharge their food in unexpected ways.  Instead, here in this dining abode, the clean industrial look with exposed piping and wooden benches evoked a feeling of clean, modern minimalism.  Definitely in keeping with  hipster Shoreditch where it resides.  A great place to re-learn the joy of pizza. 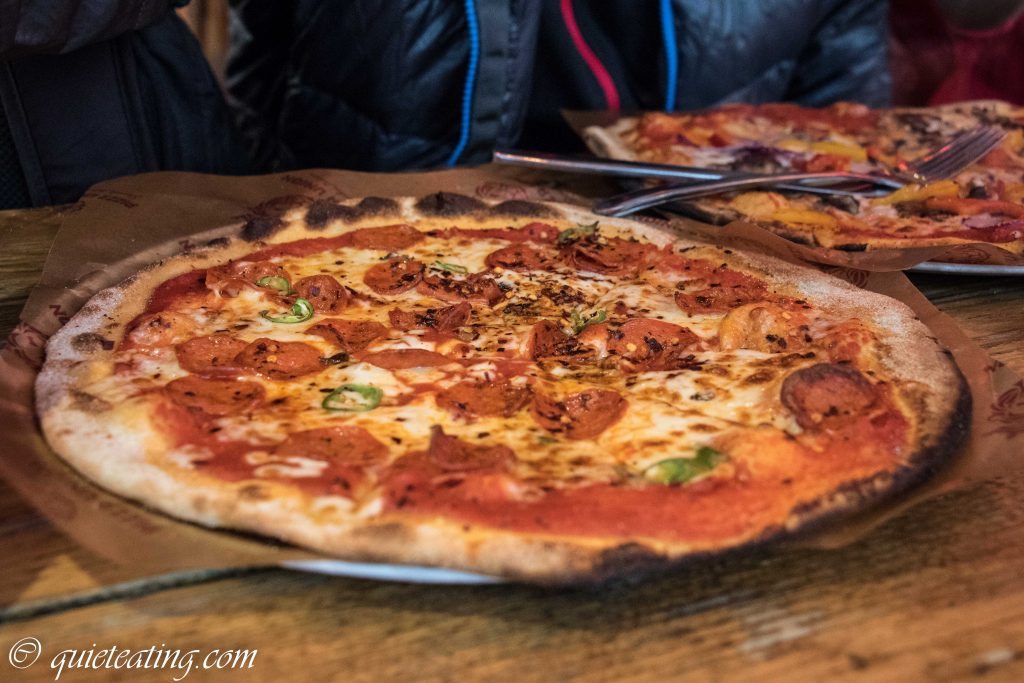 Vesuvio. Tomato sauce, mozzarella, pepperoni, green chillies and cracked chillies.  It’s hard to find fault at this price.  At significantly less than its competitors for a far better pizza, it seemed like they wouldn’t have much competition.  The pizza base was fluffy and light, avoiding the horrible oozing oil of other chains. I will spare them the embarrassment of being expressly named here, at least in this paragraph.  The tomato base and pepperoni were rich and satisfying.  Yet it was the chilli which made my eyes water.  Slightly out of welcome surprise but mostly due to the fieriness of the dish.  It literally brings a tear to my eye to see someone bringing welcome heat to the city of London.  Day residence of cold bankers it is.  Maybe they should all just eat more pizza. 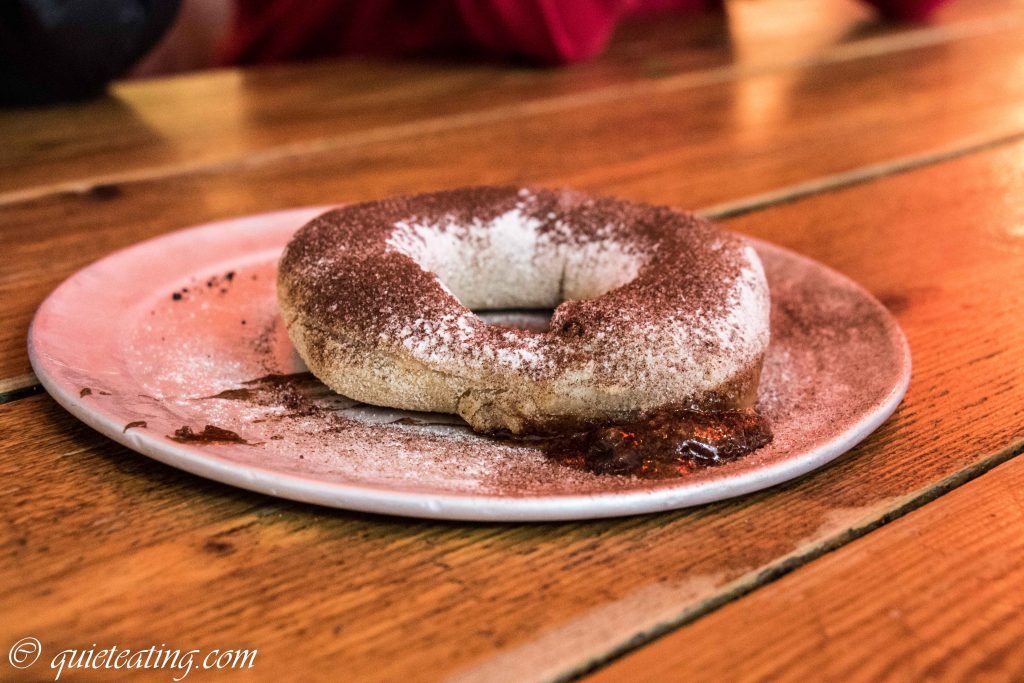 Classico.  Warm doughnut ring with Nutella and mascarpone cheese.  This was something that made my eyebrows rise.  A warm doughnut filled with cheese and chocolate.  What could go wrong with that?  Actually, quite a lot, now that I think about it.  Thankfully none of my dreaded scenarios came to fruition.  Instead, I happily chewed on a fresh dough parcel.  Although, maybe the crust was a tad too thick.  It seemed to lack the airiness of other doughnuts I have known.  More welcome, it also lacked the oil of other fried flour I have tried.  A definite high note to end on.

Pizza Union, in hip Shoreditch is definitely a place to stop by for a cheap and tasty meal. The decor was rather bare so not distracting from the food.  A welcome addition to the stuffy white tablecloth eateries in the city of London, this more chilled out diner offers a place for the child in us to rejoice.  Well, it did for me at least.  Look everyone, I can be trendy too!

Dinner (a pizza and doughnut) was GBP10 excluding drinks and service.