I approached Petrus with trepedition.  The last time I had eaten at a Gordon Ramsey’s upmarket restaurant (Royal Hospital Road), I was told (rather rudely) that I was not allowed to take photos.  Even though I went for the full taster menu as a bit of a celebration, I ended up leaving hungry.  After multiple courses, you would think that would not happen.  Poor form.

Petrus is the other London Michelin starred restaurant in his portfolio that is still alive.  The rest best RIP as things have not gone well in the last few years for him.  I was curious to see if perhaps this was an unfortunate turn of events or if it was somewhat justified. 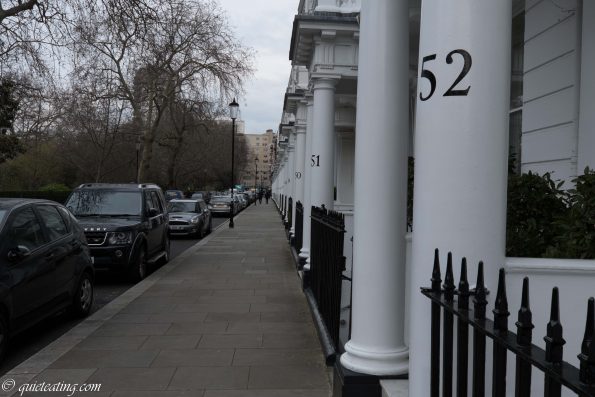 Petrus, like his 3 star at Royal Hospital Road, is in a very affluent part of town.  Just look at how straight and uniform the pathway and houses are.  Hard to see that in other places in London. 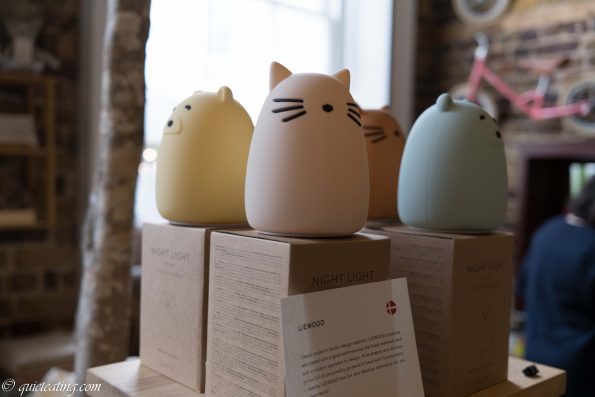 As a distraction, next to Petrus was an interesting shop, where I passed sometime.  It contained all manner of Swedish/Japanese goods, in particular these lights.  I hoped that as this was next door to the restaurant, a light bulb moment might translate across to Petrus.  I live in hope. 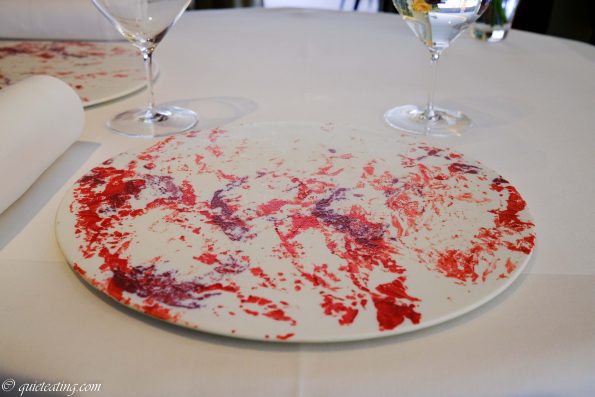 At first I thought this was a pizza.  Instead, this is the pretty plate setting.  Excellent presentation. 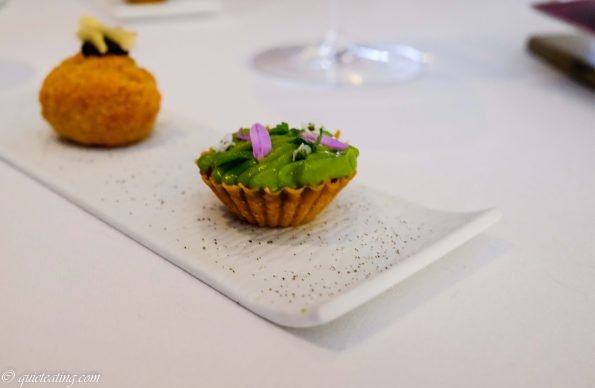 Avocado and lobster tart.  The first amuse bouche, it was nothing special as although the avocado was very green, the lobster was a bit sparse leading to a lack of meaty taste.  Then again, it was an amuse bouche.

Cheese goujon.  In comparison, this cheese ball was really not bad.  Crunchy on the outside, soft inside, the cheese made up for the lack of umami in the other amuse bouche. 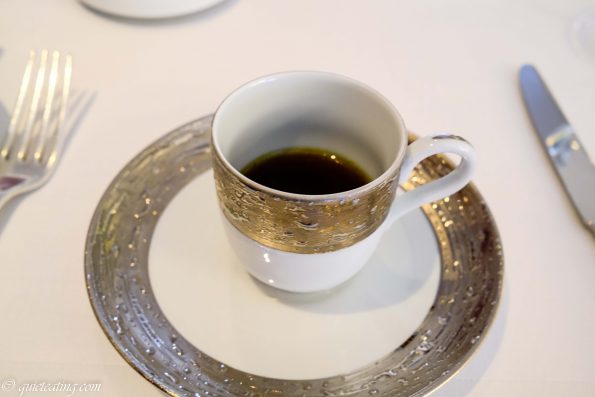 French onion consume.  The third of the amuse bouches.  Excellent with extremely concentrated essence inside a small thimble full of soup.  A lot of theatre on hand as this was brought out as this soup was poured out from a teapot. 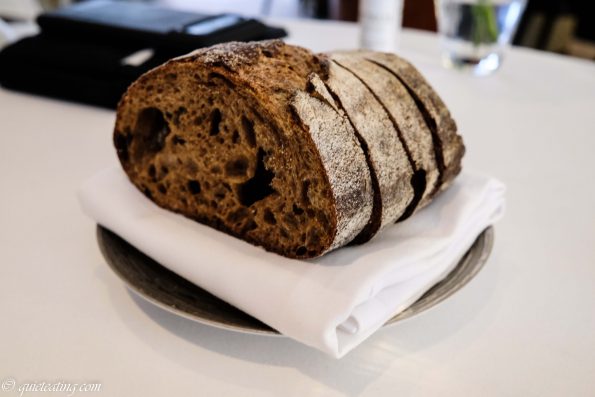 Bread.  To provide a bit of texture to the meal, this was bouncy and with a bitter crust.  The crust to interior mixture was rather good with contrast making both elements better. 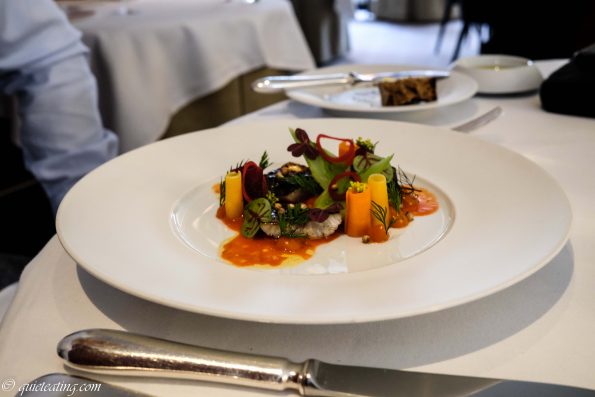 Cornish Mackerel Escabeche, heirloom carrots, fennel, saffron, oxalis.  Pretty to look at, rather more boring to eat.  Perhaps an example of form over substance.  On a flavour profile, it was neither great nor bad but rather a bit boring. 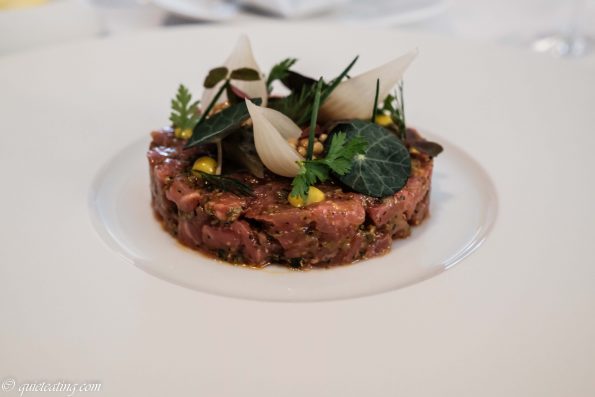 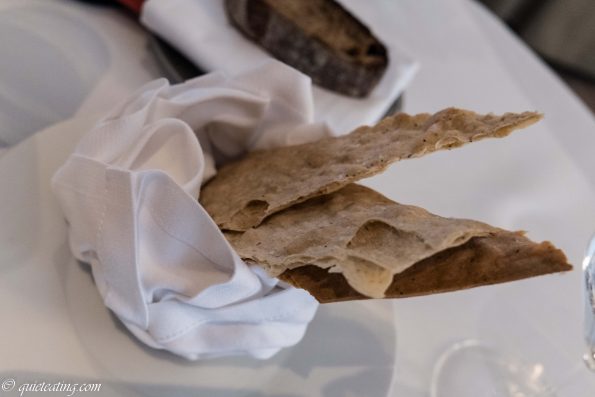 Black pepper crackers.  They cracked, were peppery, were nice with the tartare as providing some crunch. 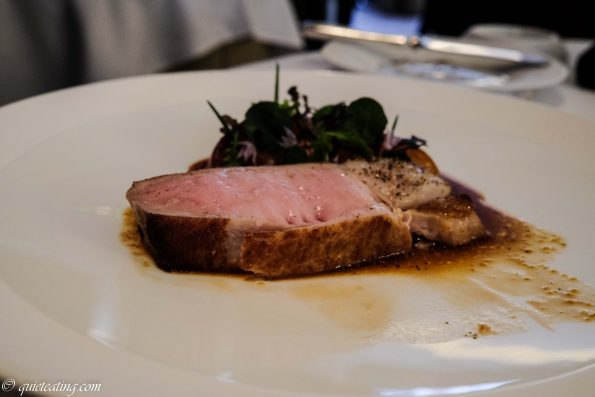 Cote de Porc, apple, pickled walnut, pommery mustard.  One of the mains, this was disappointing.  Even with the large slab of fat, it was dry and tasteless.  It looked great though. 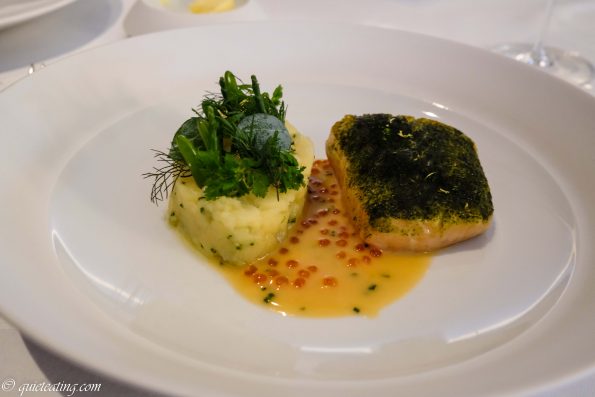 Confit salmon, ratte potato, coastal herbs, citrus beurre blanc.  Starting on the positives.  The fish eggs added nice depth to the sauce.  The potato was shaped well.  However, the potato was a bit too lumpy and with other parts a bit too smooth, so didn’t fit the texture of (a) mash or (b) potato.  Instead it seemed like a failed attempt at mash.  The correct texture seemed to be MIA.  As for the the salmon, it was bouncy and overcooked.  Perhaps confit is better done in a fatter piece of meat. 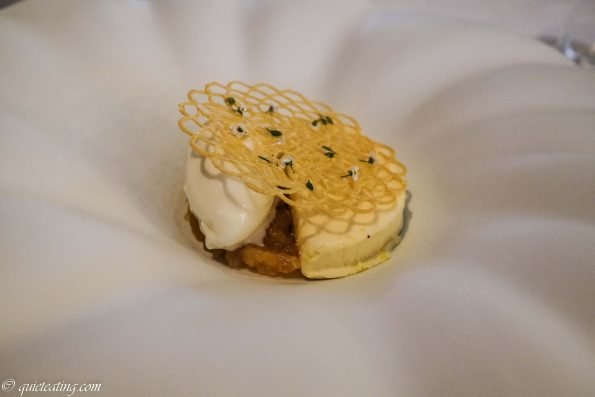 This was badly done, although perhaps keeping in the journey of this meal as it was a “just dessert”.  Just something I wouldn’t like to try again. 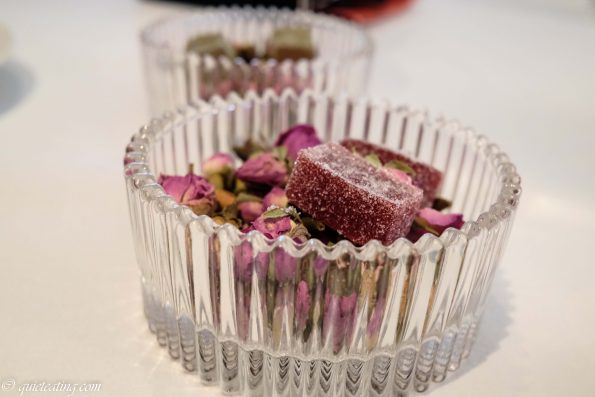 Raspberry gel.  One of the petite fours to try and take away the sour taste that might be in your mouth.  Although this was sweet and sour at the same time, not in a nice way. 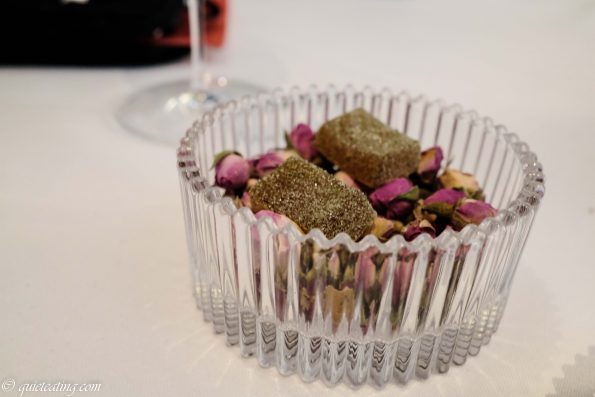 Some other type of gel.  Also didn’t impress. 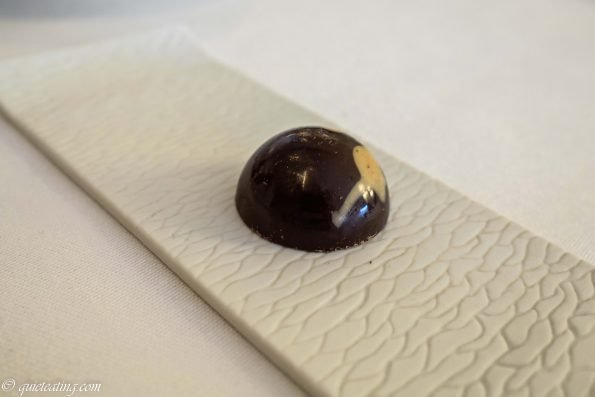 Chocolate drop.  Pleasant in a store bought way as nothing special going on here. 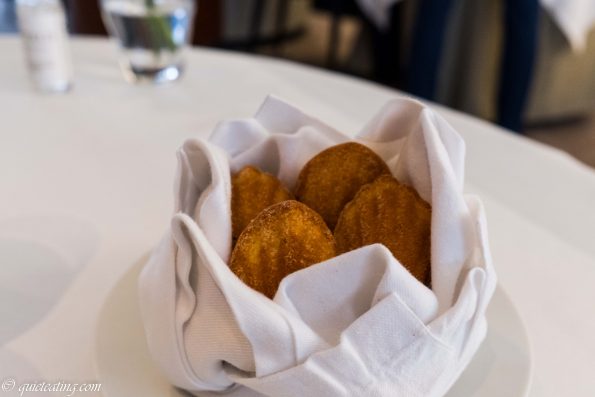 Madelines.  Very floury.  Not to be confused with flowery.  These tasted of little but dough.

This meal was a lesson in form over substance.  Things looked very pretty but underneath there was a lack of anything real.  Perhaps, an accurate reflection of some politicians I know.  Although, at least with restaurants, you can choose not to relive the trauma.  With “leaders”, unfortunately, you don’t really have much of a choice and often they don’t seem to get their just “desserts”.