In our journey to become more trendy (painful as that is for some of us) we are trying to sample more hip and upcoming places.  Which is how we ended up in One Sixty.  Only to be promptly informed that they had an acute problem, they didn’t have any ribs left.  This was at 7pm on a weekday night.  When I bemoaned the lack of their lauded (well at least on their website) ribs I was reliably informed that the waiting staff (or at least the waiter who was serving us) were very distraught.  No doubt as they have to grovel in front of the diners due to such a lack thereof. To make us (read me) a bit less cranky we decided to go for something they hopefully had in stock. 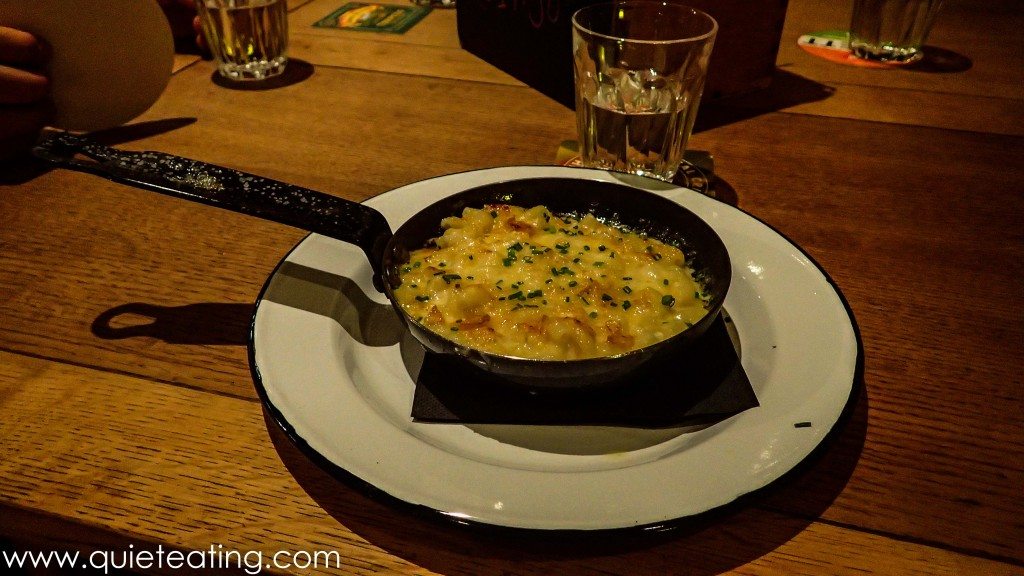 Macaroni and cheese from the smokehouse.  How exciting!  I restrained myself from remarking that at least they had this dish, made out of ingredients which take a loooooooong time to expire, as I thought that my behaviour might get us thrown out of the restaurant.  Ribs obviously have a much shorter shelf life.  The macaroni and cheese was decent.  Nothing to write home about though. 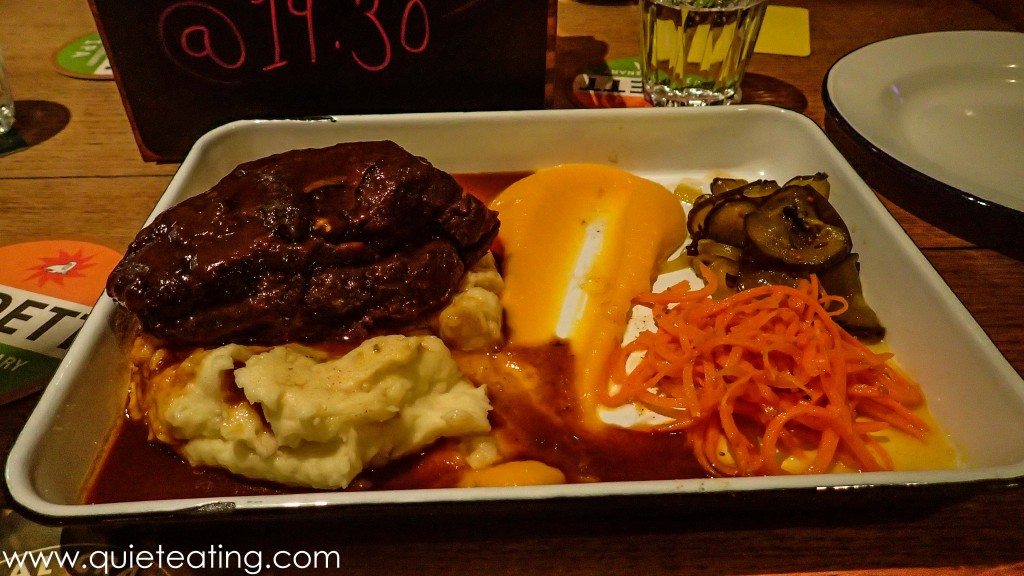 Ox cheek.  A generous helping of cheek with a little dash of artistry by smearing the sweet potato in a rather diffused angle.  I would have enjoyed some more mash to go with this dish to complement the meat.  Although lovely and soft, it seemed a bit bland to me.  Or maybe I am just obtuse at being denied my dish of choice. 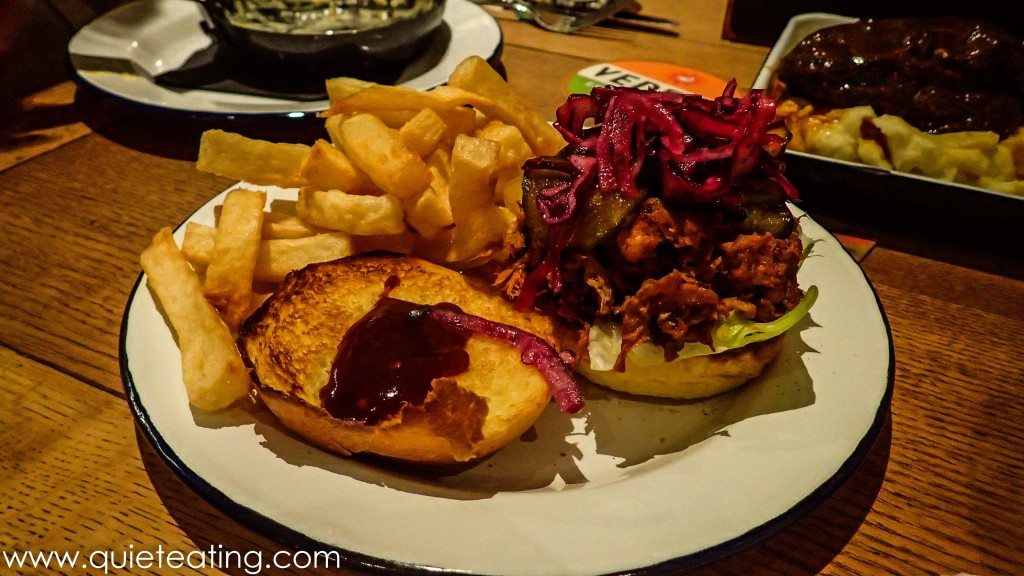 Pulled pork.  The pork was not bad.  Not out of this world (unlike the pork ribs which are smiling down on me from piggy heaven) but not really worth a return trip.  The chips on the other hand were very good.  Chunky and tasty, they were great for mopping up the sauce in the ox cheek dish. 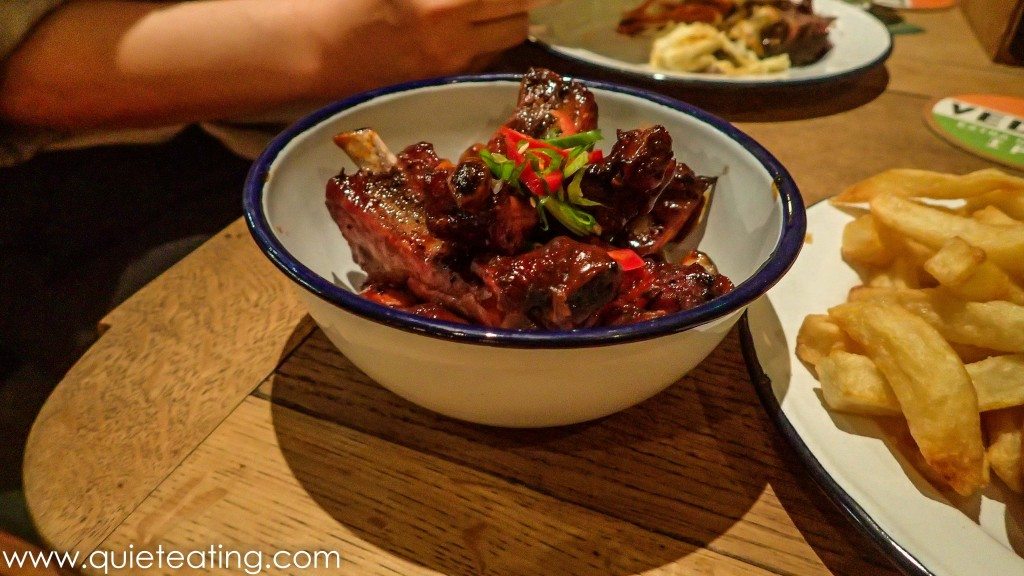 Burnt ends.  This dish was probably the best of the entire meal.  The ribs were flaky, tasty and a lovely sight to behold.Which only made me salivate with thoughts of going the whole hog one day.  What I mean by this of course is going for ribs…

One Sixty was a pleasant affair even if they were missing the main event. The atmosphere was laid back, the service friendly and the prices reasonable. At the end of the meal I couldn’t help but continue to bemoan my lack of ribs, it almost felt like the restaurant and I were at right angles. I thought to myself that maybe once I heard about their lack of their signature dish I should have made a one eighty turn and promptly retreated.  All these lame degree and angle jokes aside, One Sixty is only a little away from a straight 180 degrees, that’s um… for those less nerdy than me, a home run.