Friends were craving BBQ meat.  I wasn’t.  My friends won out.  They might not be my friends for long though.

Anyway, I jest.  We decided to go to Kintan, a Japanese yakiniku (grilled meat) restaurant.  The Koreans also do this style of restaurant where you sit around a small grill and cook your own meats.  For the privilege of cooking your own dinner, you pay an arm and a leg.  I just hope that these don’t find their way into the platters of offal waiting patiently to be cooked.

Because there were so many dishes and they didn’t really stand out, I won’t bore you by going through each one.  In case you think that this is a lot of food, this is for 4 people. 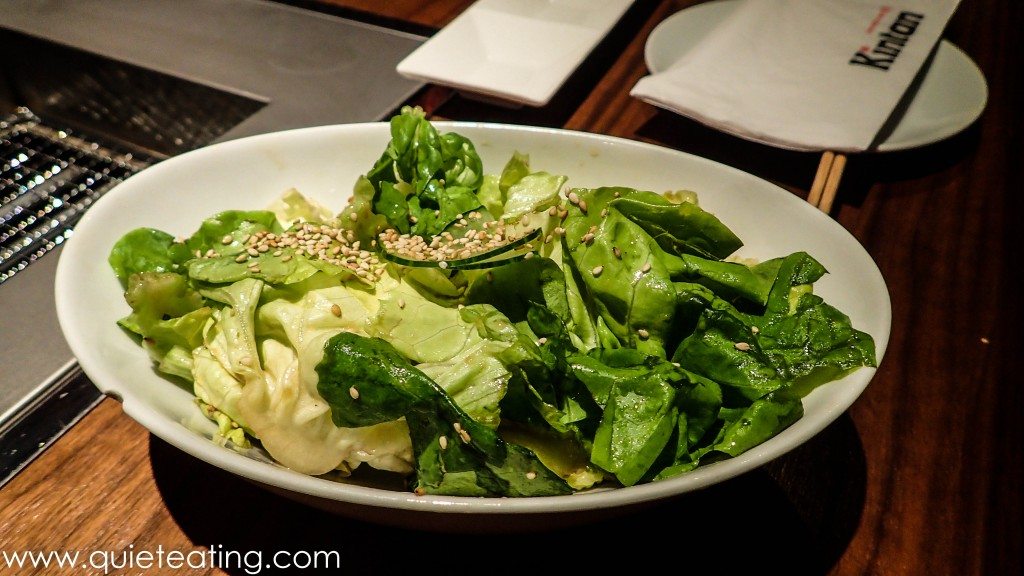 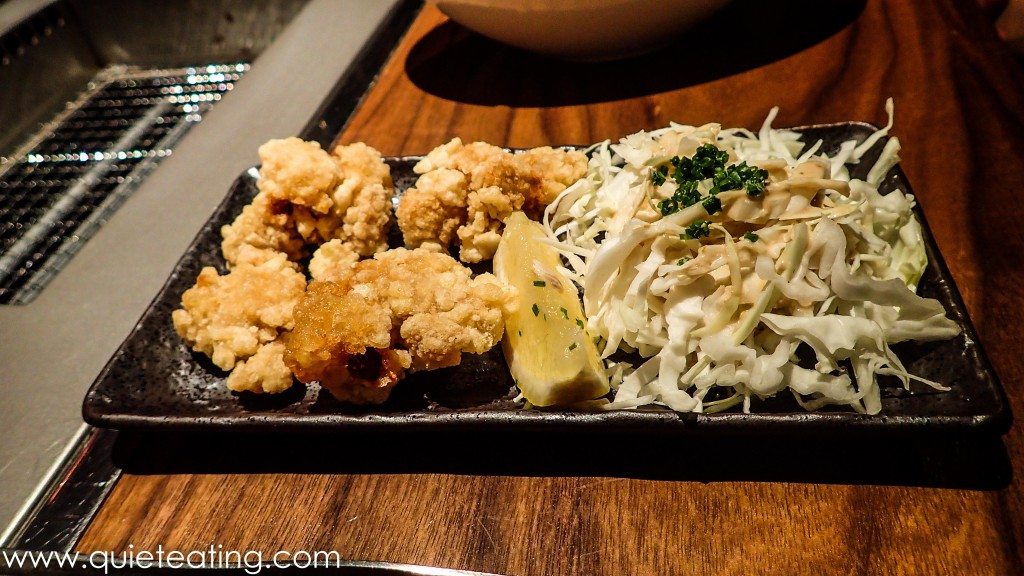 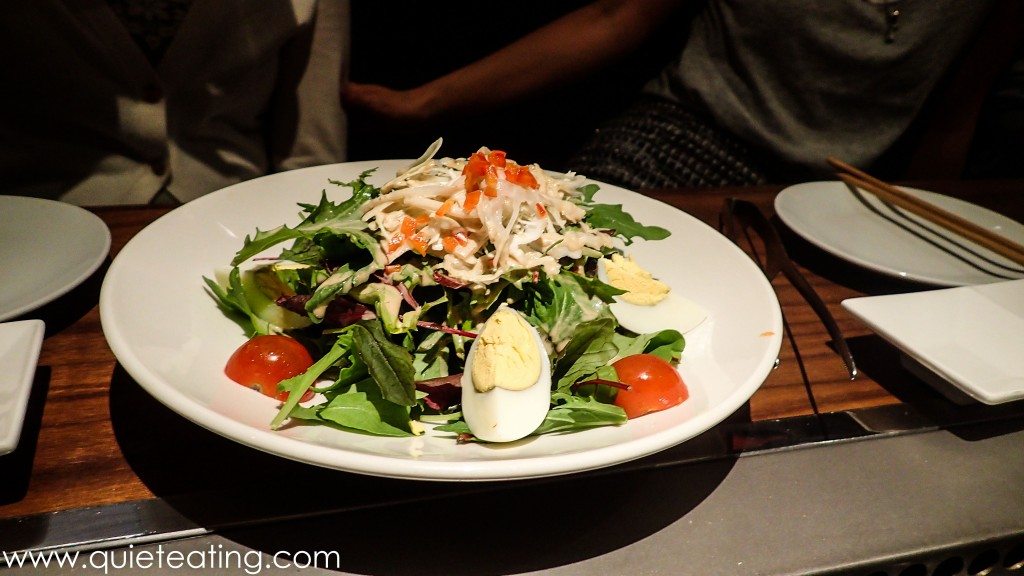 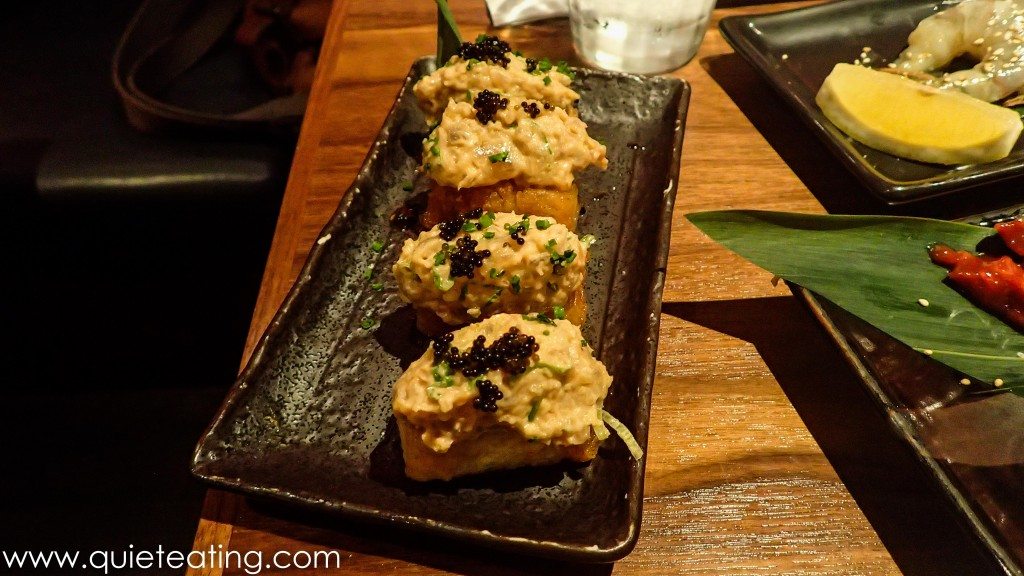 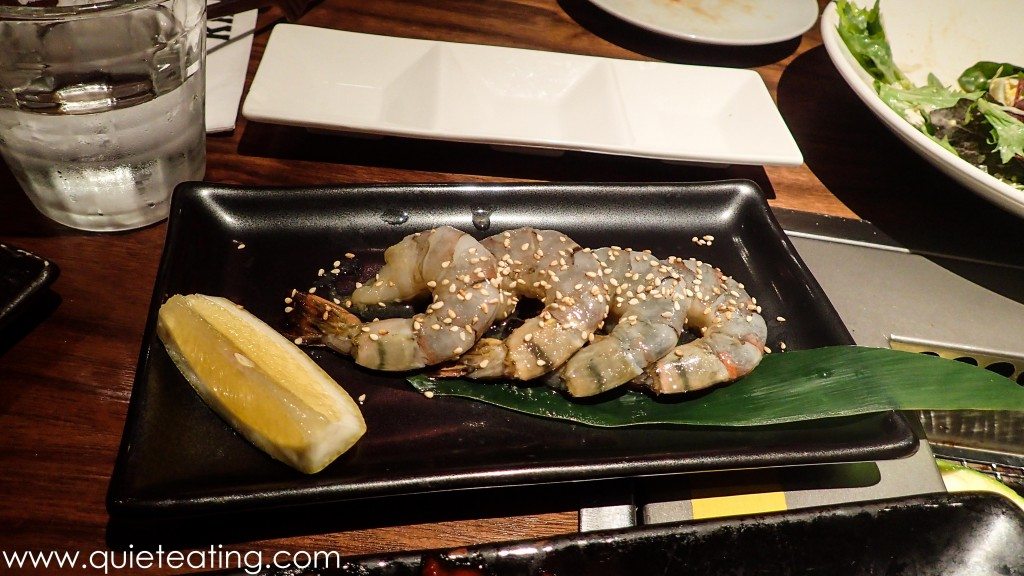 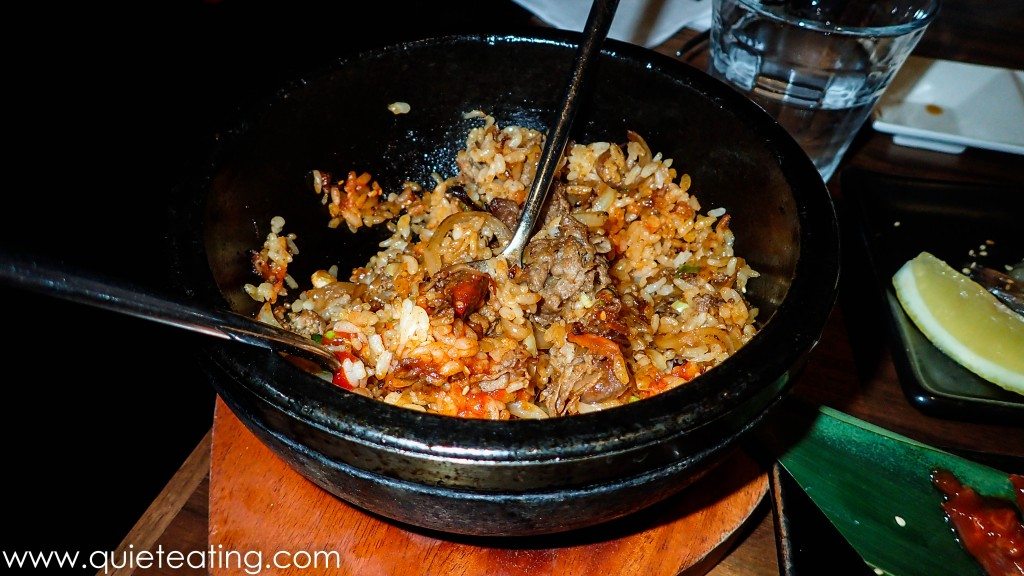 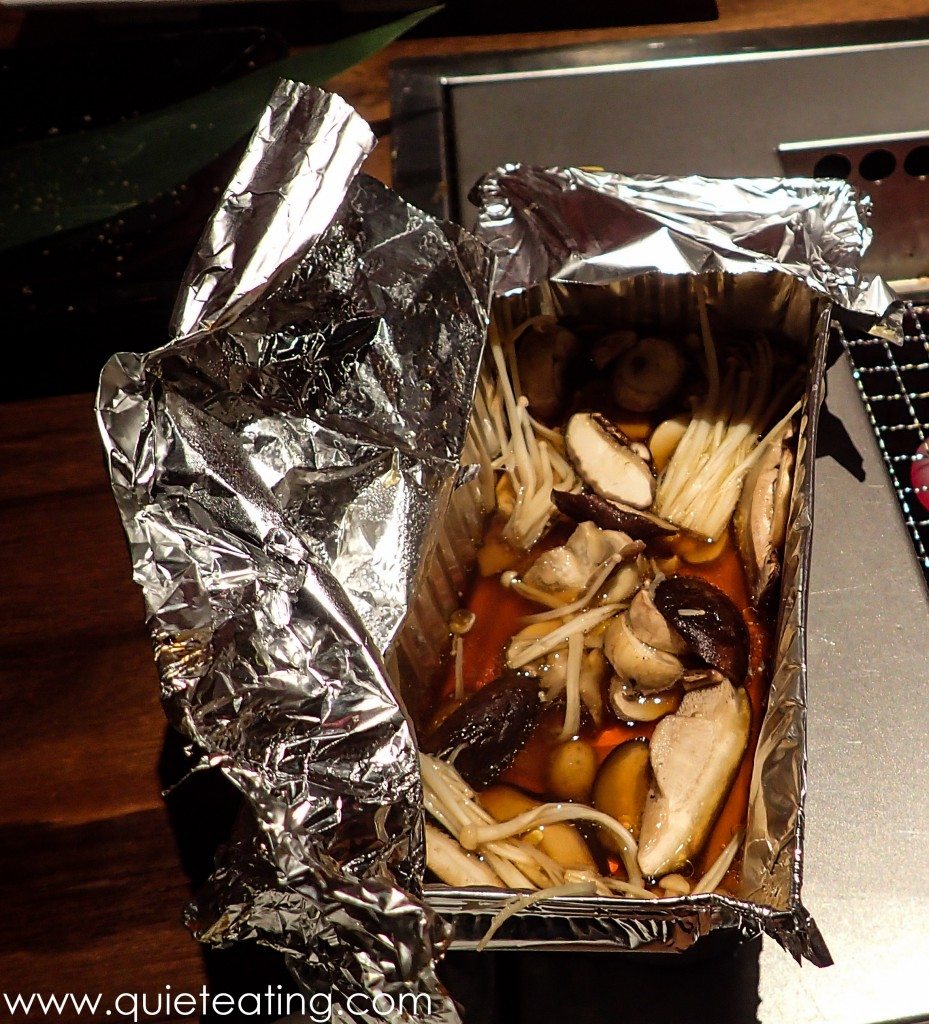 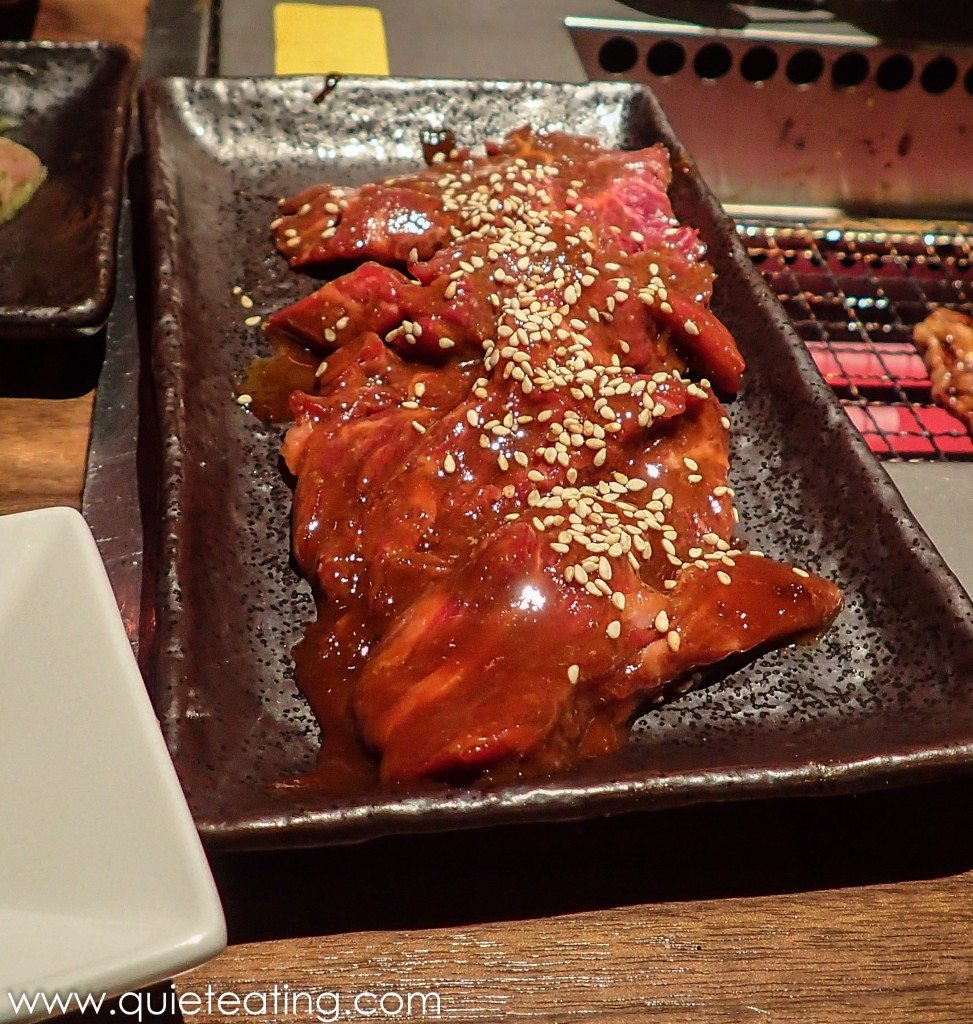 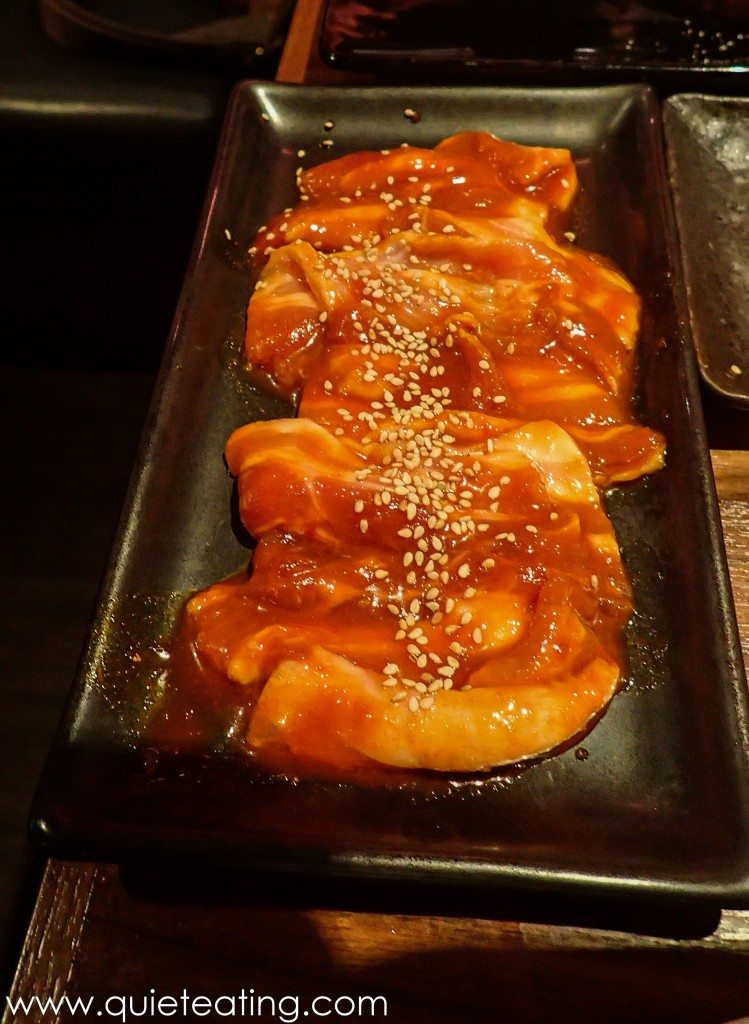 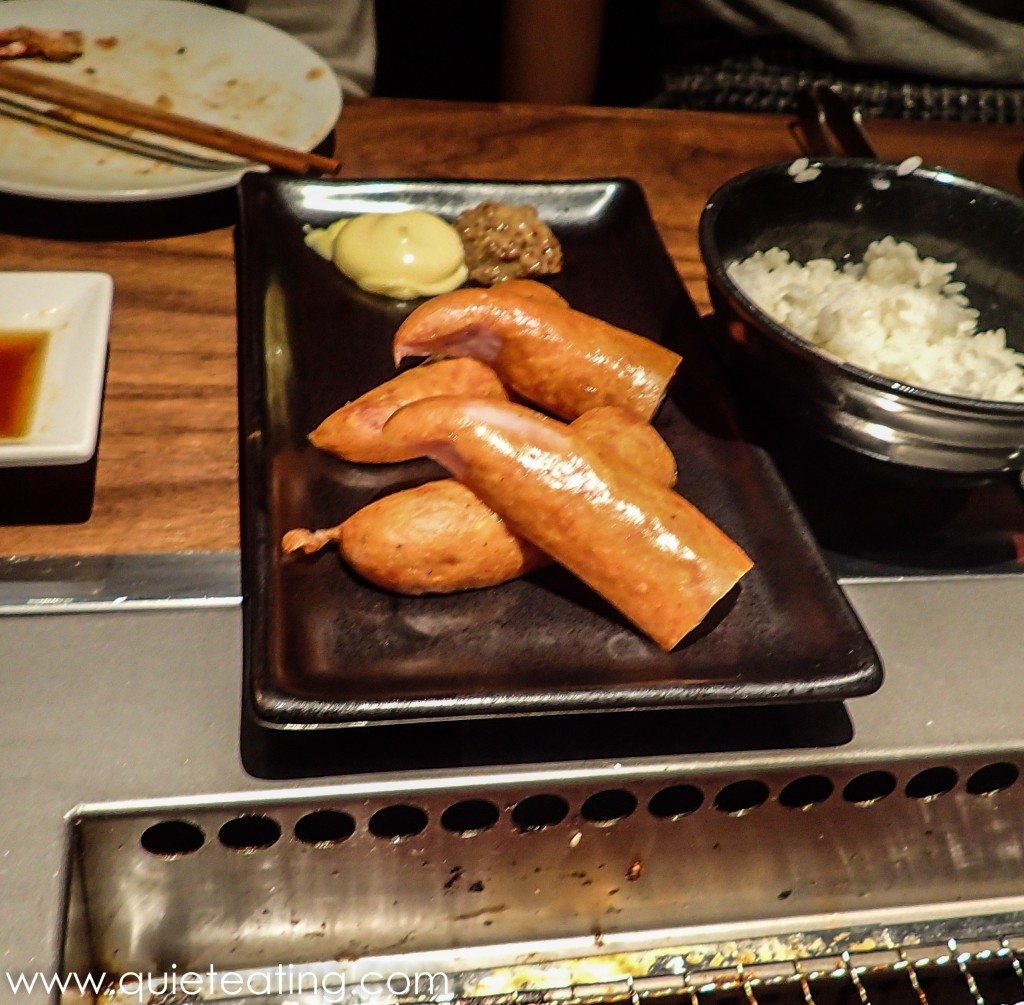 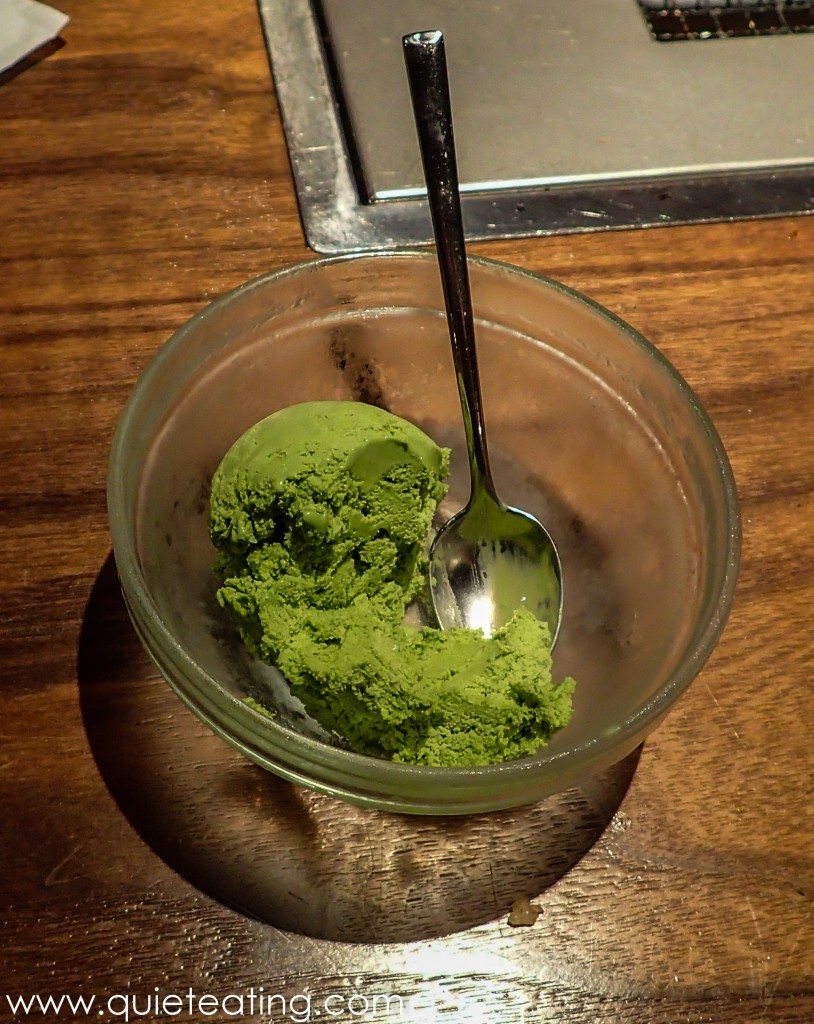 A thing of particular note was that the serving staff seemed to forget bits and pieces of our order and seemed at a loss to explain some things on the menu.  You know, like umami salad.  As explained by the waiter, it’s that sesame thing.  Umami.  Don’t you know?  Actually I don’t know.  I was going to retort back that I thought it was that MSG thing.  You know, monosodium glutamate.  But I was restrained by my fellow diners, who presumably did not want to eat suspicious meats which I might have deserved by being too much of a wise ass.

Kintan was ok but given that we went for their big set dinner, we were not expecting to walk away hungry.  Which, bottomless pit that I am, I did.  I found the food to be of average quality, the service a bit sporadic and interesting and the price to be more than I would usually expect to pay for grilling my own meat.  If you are just serving the raw meats and expecting the diners to deal with things themselves, surely that deserves a bit of a discount?  It seems that attempting to put on some Japanese trappings instantly allows you to add a third to the price.  Throwing around some Japanese terms such as “Premium Japanese Wagyu” and “Tuna Volcano” of course makes things feel classier.  Thankfully I did not have an eruption on my toilet when returning home but I felt a bit of heat coming from my wallet as some of the Korean eateries around London will fill you up for significantly less pain on the wallet.  They probably won’t also try to pass themselves off as some other ethnicity.  Imagine, Italian BBQ!