Do you approach work place toilets with dread?

Have you been scarred by something you found there before?

While I would normally react with disgust and not think further on it, I recently read that actually this can be a rather aggressive act.  If you leave solids floating in the bowl, perhaps this is an indirect way of pooping on your job.

This is not my way of saying that the food this lunch tasted of faeces, but it was rather so bland and uninteresting that poop might have been better.  Well, it would have greater aroma at least. 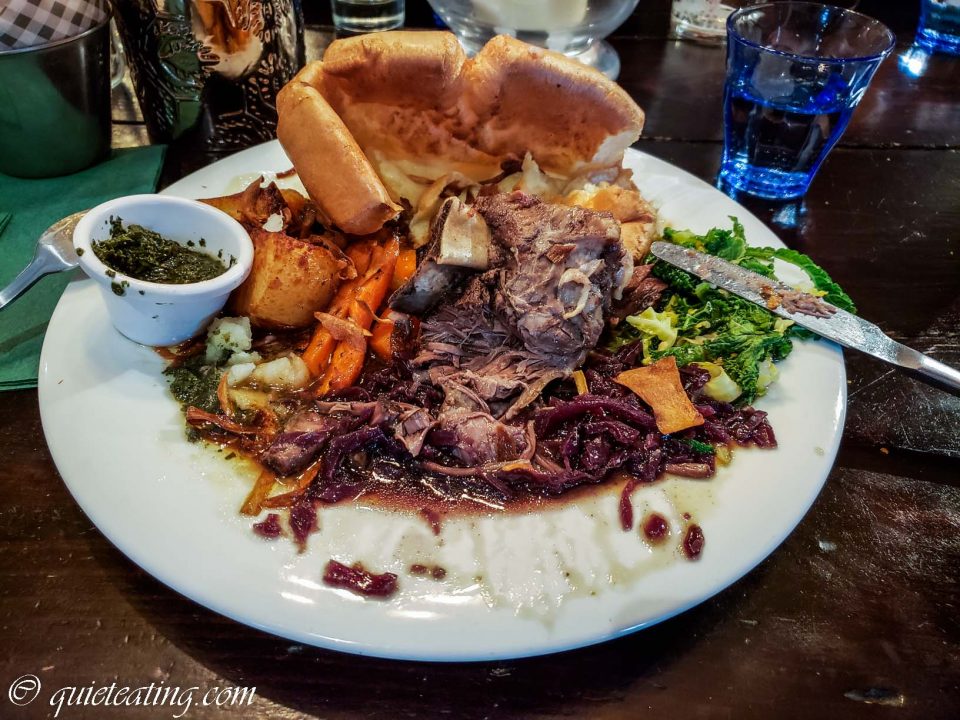 Slow roast Dorset lamb shoulder, mint sauce with red and green cabbage, goose fat potatoes and Yorkshire pudding.  I must apologise for the mess you see before you.  It looked a bit better when it first came but I thought that some re-arrangement of the food might better reflect how I felt it tasted.

A mis-match of thrown together ingredients, the potatoes tasted like they had come out of an oven bag, the carrots boiled for a while and summarily drenched in watery gravy, the pudding tasted of almost nothing which perhaps is an attempt to distract from the calories it contained (it’s not calorie neutral), the mint sauce tasted as if it had been squeezed from a perhaps overdue packet somewhere and the lamb, something else.

I say something else here as it seemed like the taste had gone somewhere else.

I wouldn’t go as far as saying that I harbour some type of enmity towards this pub even if you think that the start of my review hints that something bad is going to happen.  Nothing and I mean nothing was exciting or interesting about this pub food.  It was just rather bland (and overpriced).  On a positive note, this place is in a prime location.  Just off the river and close to Waterloo on a quiet street.  So I guess it might be a decent place for a bottle of beer or some other drink that comes out of a ready pack (they seem to be quite good at that).  Although, if they offer to fix you something up, maybe it is time to head for the door.

Yet, the silver lining of my trip here was that on my way home, I spied something rather unusual. 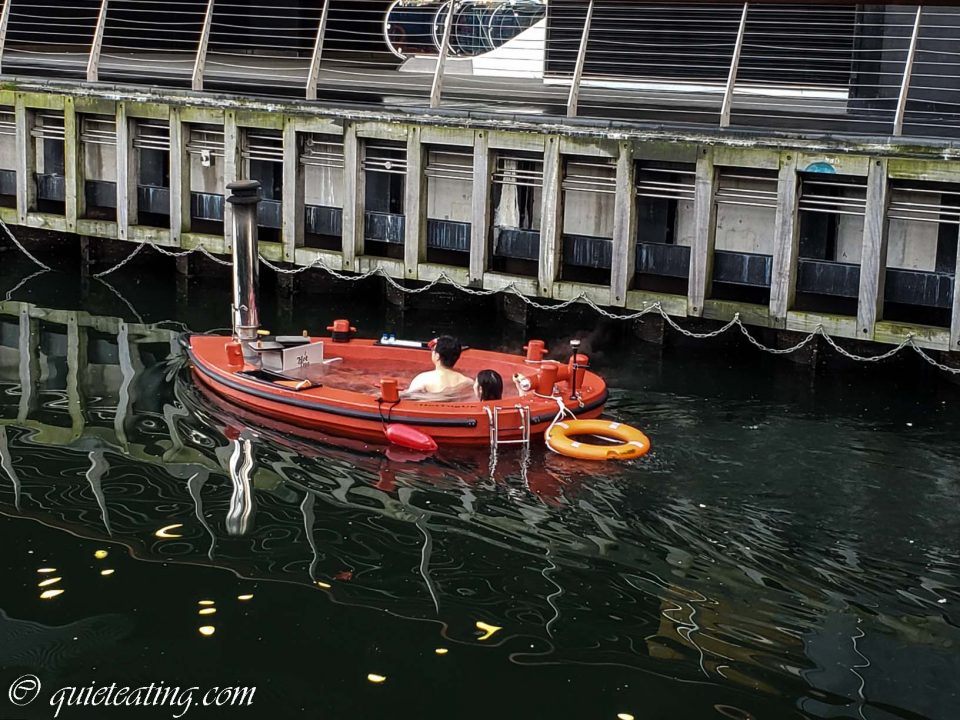 A spa boat.  Which is, to use a phrase from a waiter I recently met, literally a spa in a boat.  I thought this was rather funny to watch but not something that I myself would ever take.  I guess if you have something of an exhibitionist streak in you, this might be worth a punt.  You will certainly get more than enough attention as shown by the onlookers lining the dock walls.

This was definitely something out of the ordinary.  Although, I couldn’t say the same for lunch.

Lunch was (1 course) was GBP 17 excluding drinks and service.