I always wondered what all the fuss about brunch was.  Was it only the province of the Ladies who Lunch?

We decided to embark on this journey to the heart of the city (I know how estate agent that phrase sounds) to sample the arrayed delicacies of brunch. 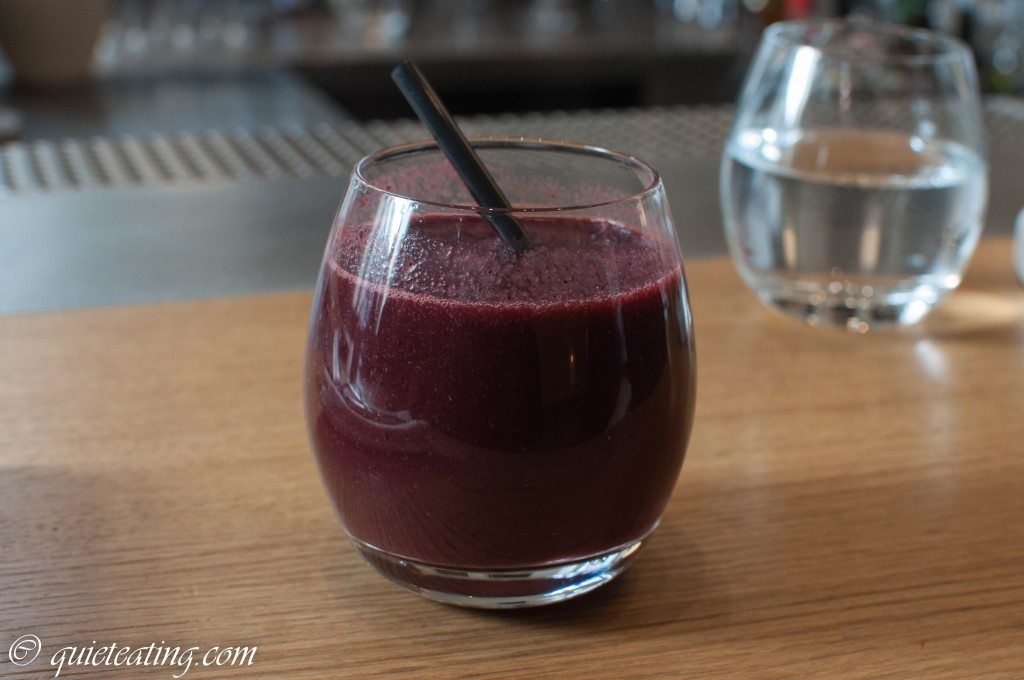 Berry happy, blueberry, blackberry and fresh apple.  I was very happy too.  A sweet little treat. 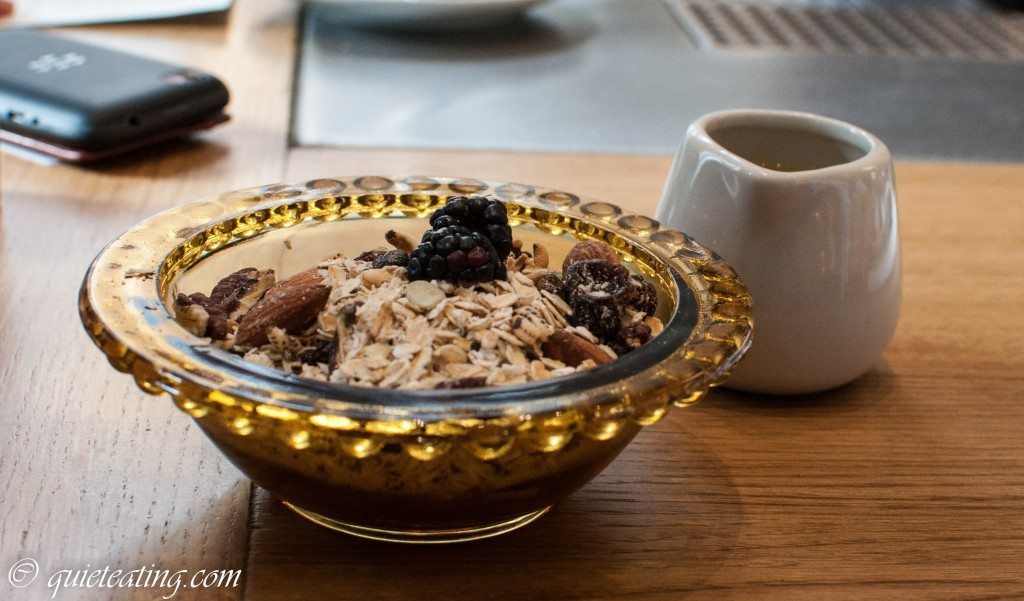 Toasted buckwheat, rolled oats, puffed wild rice, fennel, sour cherry, almond muesli and apple juice.  Now, I admit to being startled here. This was the first time that I had tried apple juice with cereal.  I thought it would be vile.  It turned out surprisingly pleasant.  Seems like the health foodies are on to something.  Something I studiously was trying to avoid before but maybe now I should give it a try. 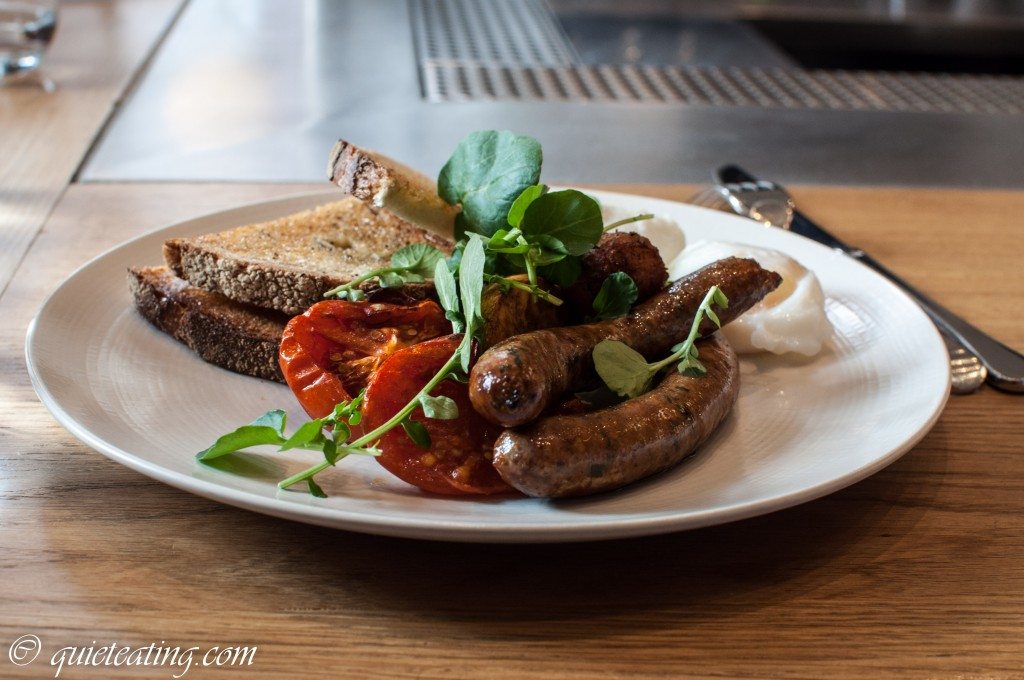 Poached eggs, Quality Chop House mergeuz sausage, lemongrass roast vine ripened tomatoes and plantain fritters.  The eggs were well poached.  Or, maybe poached well sounds better.  The tomatoes were juicy but the plantain fritters were unfortunately a bit stale.  However, it was the sausage which stole the show.  Spicy and meaty, this has to rank as one of the best sausages I’ve had in London.  This is what I think pigs dream of becoming. 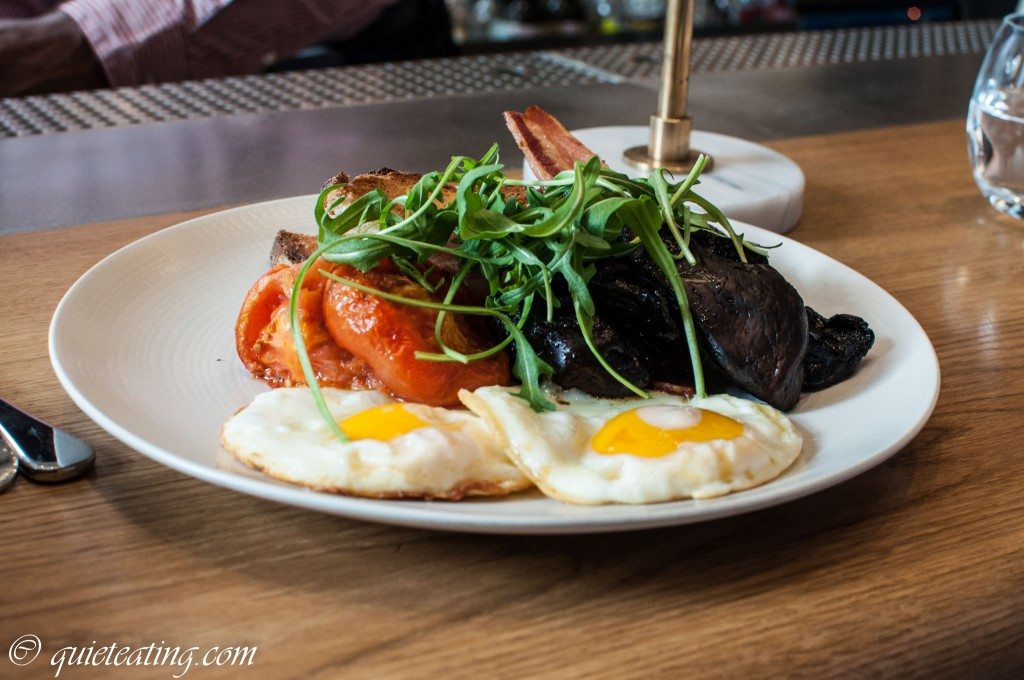 Grilled smoked streaky bacon, coconut and soy braised Portobello mushrooms and lemongrass roast vine ripened tomatoes.  The bacon was thick and juicy.  Worlds apart from the fried lard I usually expect to find.  The mushrooms were something special.  The coconut had soaked into the fungi to give a special little kick.  I could just happily eat a whole bowl full of these mushrooms. 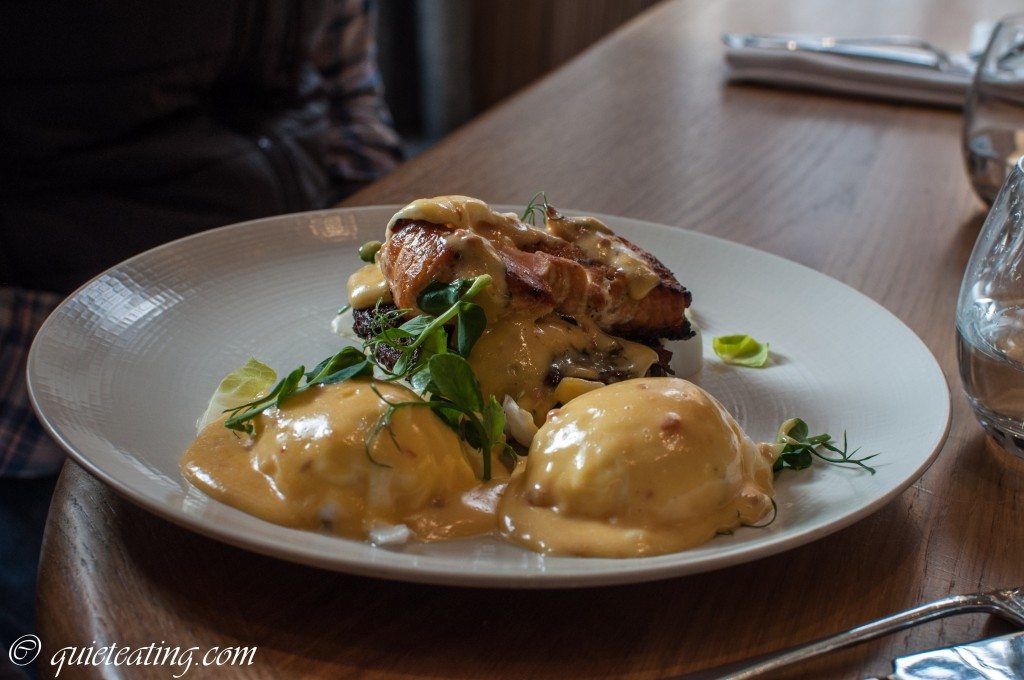 Kashmiri masala beetroot, carrot, potato and spring onion hash, endive, poached egg, yuzu & moromi miso hollandaise, toasted seeds with tea smoked H.Forman & Son’s salmon.  I was most distracted by the hollandaise sauce.  It just looked a very appetizing shade of yellow. Not radioactive yellow yet not the deeper yellow of runny egg yolks.  It sat just in between and tasted much better than my experience of the former and the latter.  Something to enjoy. 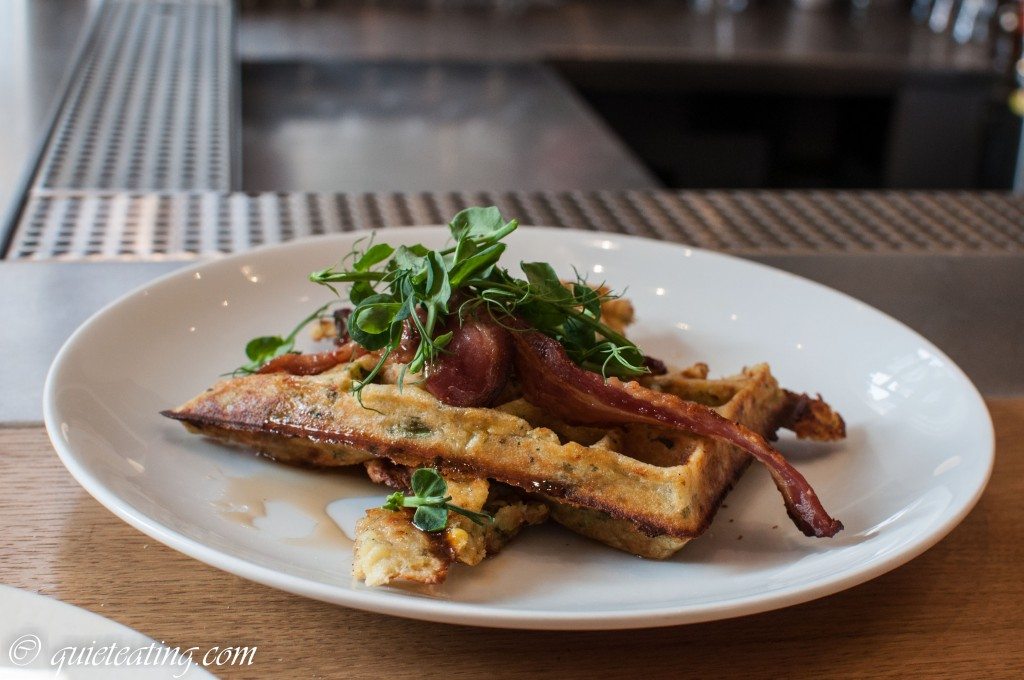 Sweetcorn, feta, Medjool date & spring onion waffle, maple syrup and smoked streaky bacon.  Another savory bacon and maple syrup waffle. No longer a virgin to this style of food, this waffle was delicious, being made of atypical sweetcorn.  The healthy totem of brunch once again reared its head.  The sweetcorn cancels out the maple syrup of course! 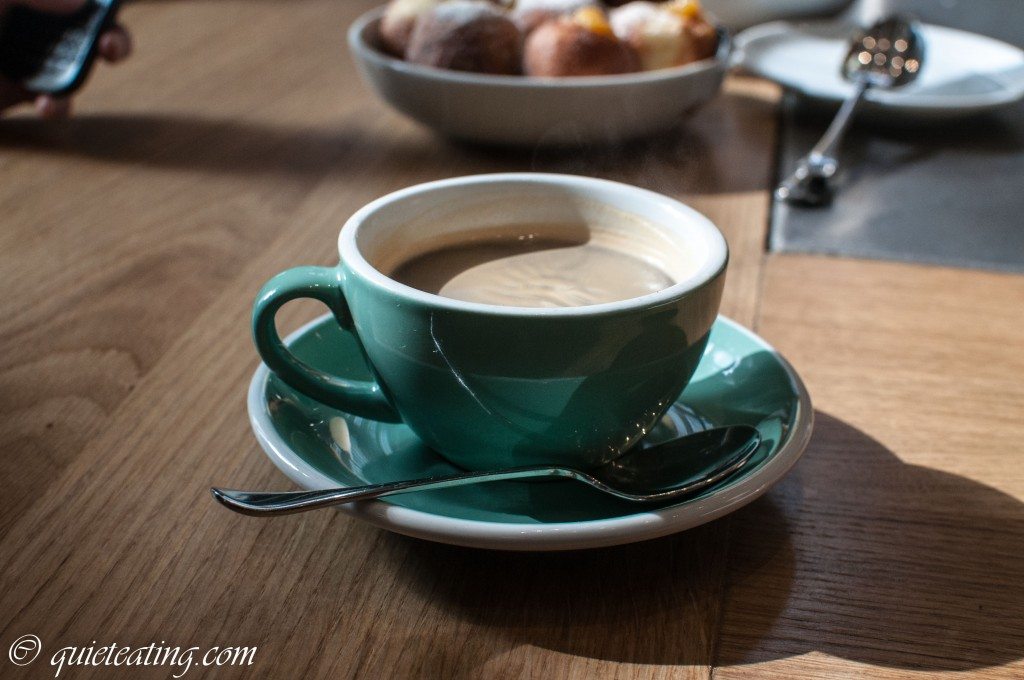 And of course a neat little coffee to end.  Just a bit ordinary unfortunately.

Modern Pantry was a gentle and rather civilized introduction to the idea of something sitting between breakfast and lunch.  I could have had a far more traumatic introduction to the ladies that lunch.  Indeed, I noticed that 80% of the restaurant was filled with the fairer sex. Although brunch still isn’t really my thing, I came to appreciate the appeal.  A peaceful scrumptious brunch seems to be an ideal way to start a Saturday morning, after the obligatory yoga of course.  Maybe I should try that next.