Solving man’s problems.  I especially love it when such actions are directed personally at me.

Just the other day, I was bemoaning the lack of good Malaysia food in London.  The current offerings were either rather expensive for rather staid offerings or required half a day to get to.  Something central, good and not costing the earth would be much welcomed.  Others might remark that I should hurry up and fix this gap in the market myself but my reply is that my talents lie elsewhere.  Also, if I ran an eatery, I wouldn’t be able to call myself an armchair critic anymore.

So I thought that my prayers might have been answered with Malaysian food appearing in borough market. 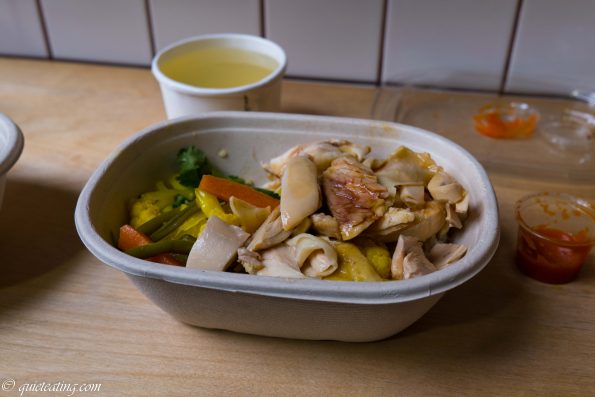 Hainanese Chicken rice set with achar pickles.  The chicken was well cooked.  I mean that in its exact sense, it was cooked well as opposed to undercooked – there was no blood oozing out.  Unfortunately, it wasn’t that tasty as it tasted as if the flavour had been boiled out of it.  The chicken rice lacked that depth of flavour which cooking in the chicken stock was meant to do.  It tasted like it had gone through the normal cooking method of boiling with regular (plain) water.  The pickles were pickles.  Could have come out of any regular can. 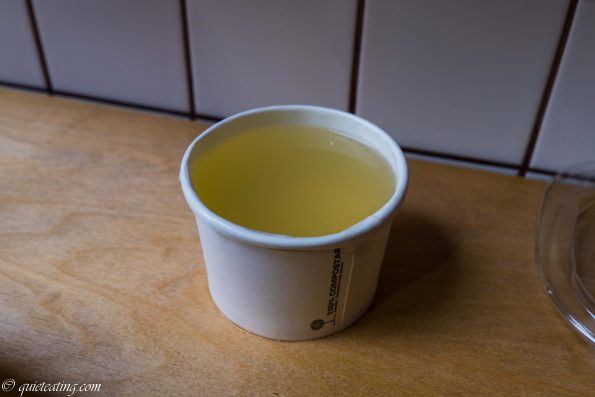 Chicken broth.  Surprisingly, this actually tasted rather good.  After trying the Hainese chicken, I was worried that the soup would have been a let down too.  However, it was smooth, flavourful and something that was rather better than the main. 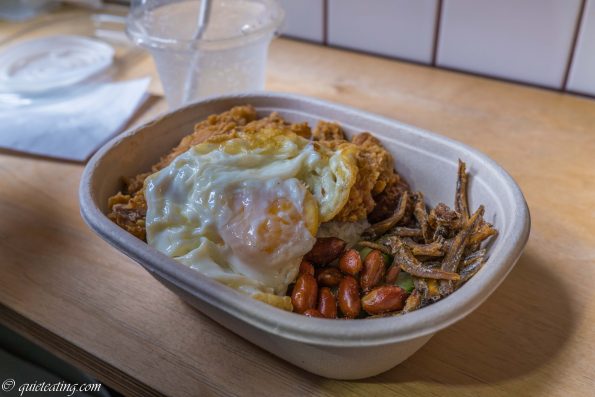 Nasi lemak, coconut rice, fried egg, fried chicken, ikan bilis, fried peanuts, cucmber.  As my friends may tell you, I have a fanatical love of nasi lemak.  The heavy flavour of coconut rice, the amalgamation of crunchy nutty peanuts, salty and unmami dried fish and sambal makes me tongue jump for joy.  Finished off with fried prawn paste chicken, this had my mouth watering.

I should have gone somewhere else.  The chicken was not crunchy as it had that soggyness that hinted at being re-heated in a microwave.  The coconut rice tasted like rice as the coconut had been left at home or had been diluted down to nothing.  The sambal was rather bland and made me sad. 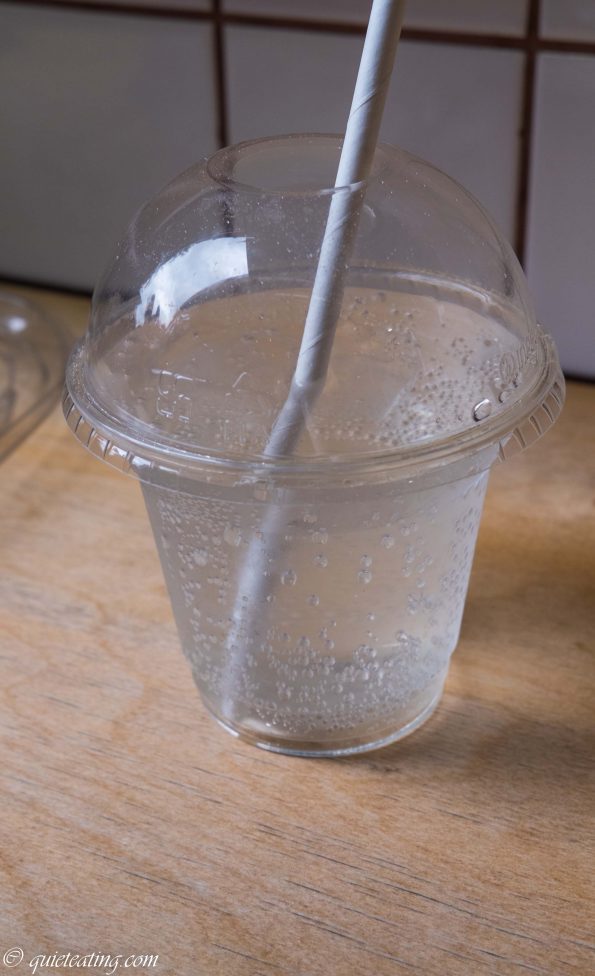 Pandan soda.  Carbonated soda with added pandan essence.  Should have skipped this too as rather uninspiring.

I had high hopes that this might solve my problems.  A local Malaysiaplace to satisfying my cravings.

Look’s like that particular problem has not been solved.  I wait in eager anticipation for something better (shouldn’t be that hard) to come along.  In the meantime, I will resist the urge and remain – an armchair critic.

Lunch (1 dish) was about GBP12 excluding drinks and serivce.