After our exhilarating safari, we arrived in Capetown, we decided to finish off our holiday surrounded by people rather than animals.  Following the high octane safari, waking up at 5am each day, a lie in to 7am felt rather indulgent.

Since we were in the area (only a few hours by plane), we thought to finish this in Cape Town, South Africa.

It was slightly jarring to be back in a city but near our hotel there was a great morning craft market to let us in gently. 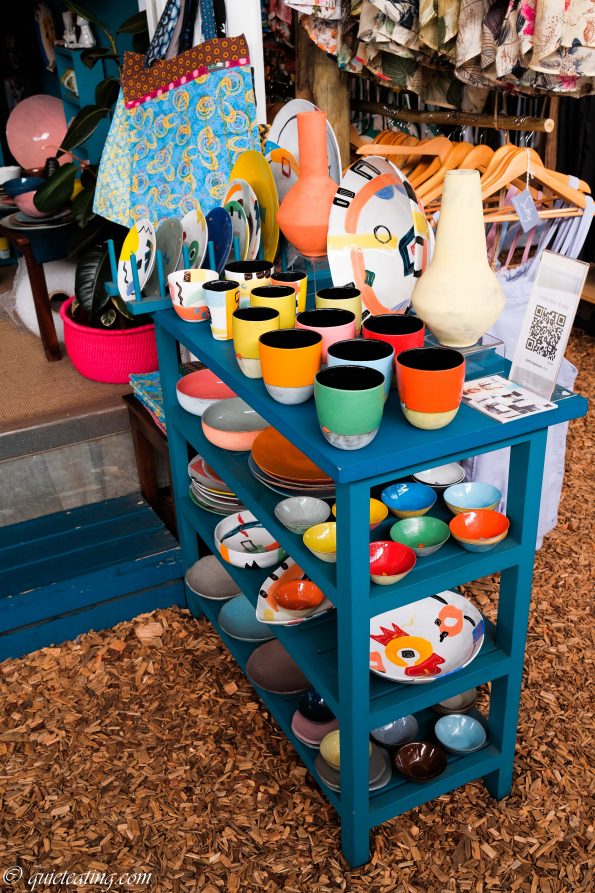 Ozanjezicht city farm market.  It had a very laid back and kitsch feeling with a collection of subdued and bright colours and a focus on natural goods. 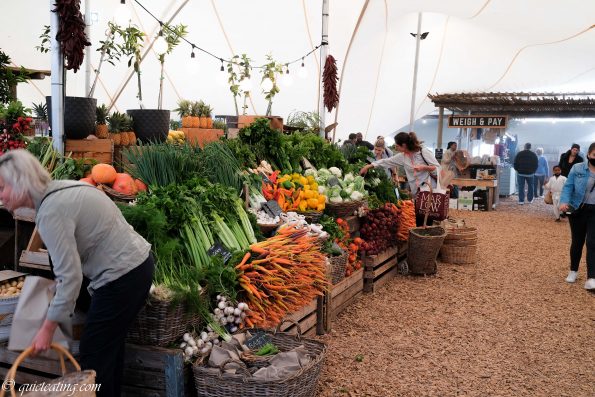 For example, this collection of vegetables. Arrayed in a way that makes you just want to pick up and bite them.  Following on from this we visited the nearby waterfront. 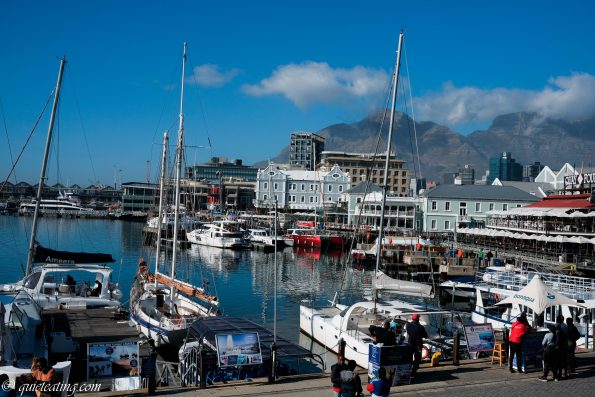 The V&A waterfront.  A very picturesque location.  Location of much good food.  After eating our fill, we went on a bus tour to see more of the southern tip of the African continent. 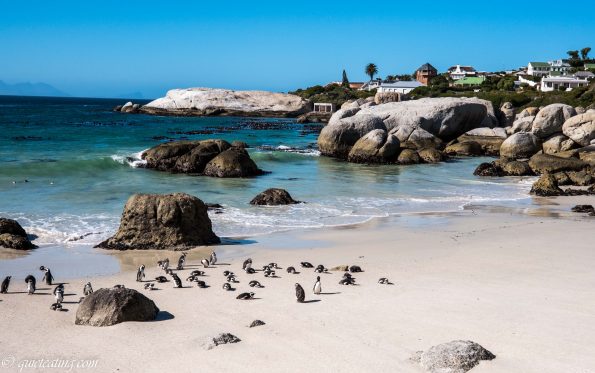 Boulder’s beach.  This is where we got the chance to ogle the African penguins.  They are strictly fenced off from the tourists by chest-high fences.  Probably on account of the annoying tourists that rush forward to try and pet them.  They are kept at arms length for the tourists safety (they bite) and the penguins (to avoid being taken home as souvenirs). 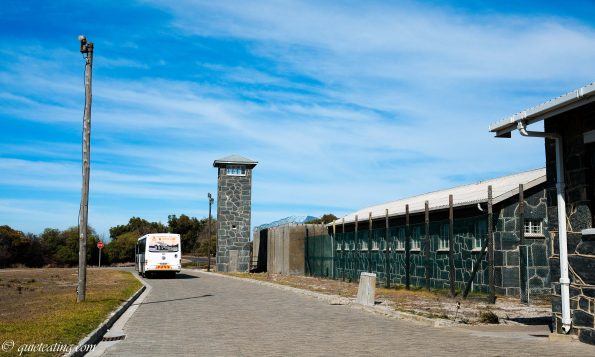 Robben Island.  On another day we stepped back into a darker part of South Africa’s past.  Robben Island is an island prison for the most dangerous dissidents of all, those with ideas.  This is where Nelson Mandela was kept for decades. 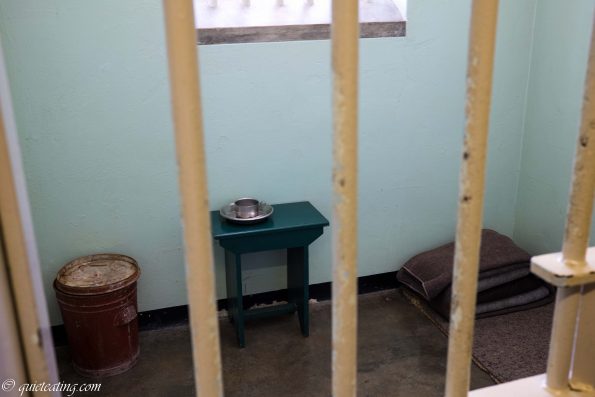 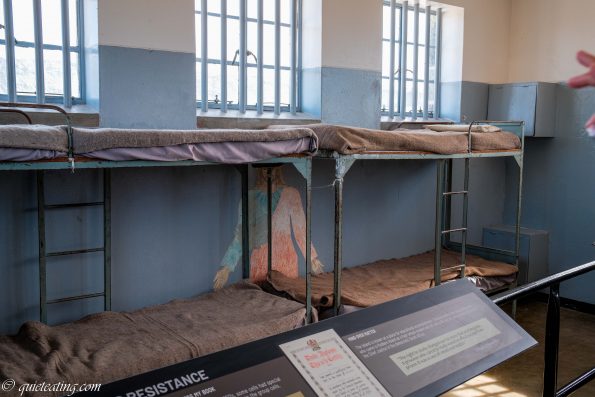 The dormitory for the remaining men.  The island was a sobering reminder of the evil that man can do but also how they can rise above it as this is where the idea of peaceful protest which overthrew apartheid started. 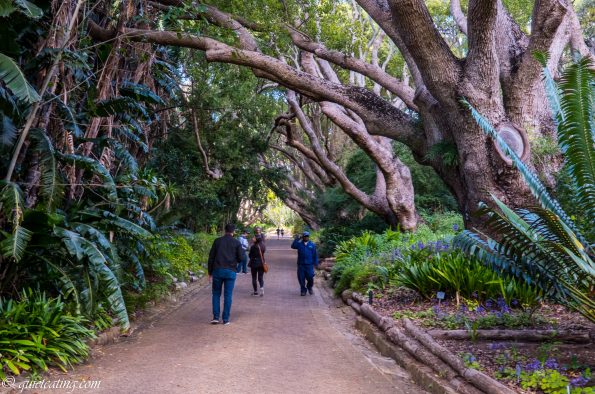 Kirstenbosch National Botanical Garden.  Turning away from such distressful scenes, we thought to take a stroll in the park. 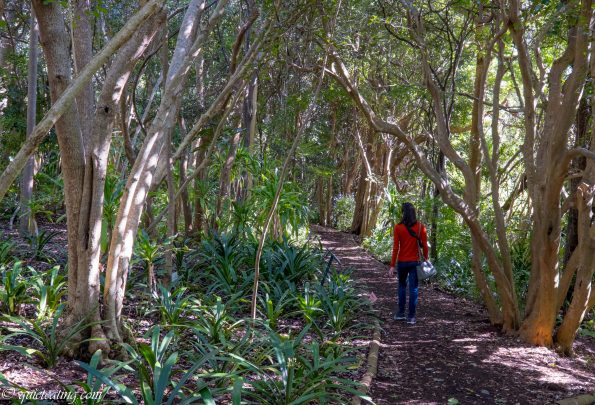 A guest trekking the path.  Kirstenbosch is a very large (and manicured) park that is definitely worth a visit.  A few groups of school children were also spotted. 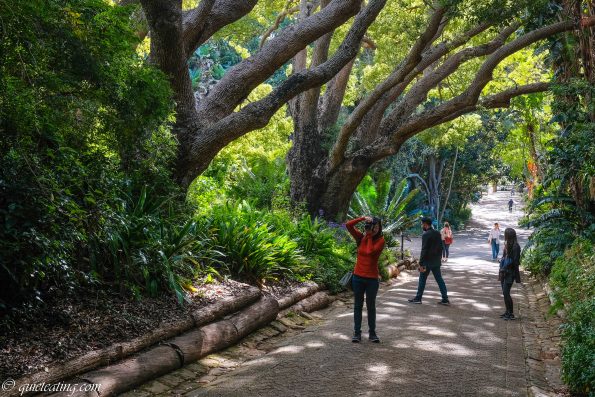 A guest taking photos for her memories.  This was a good way to end our trip to Africa, by returning to nature.  Cape Town was an interesting place to visit with many things to see but back to the zoo (London) now.