I like to walk around friendly neighbourhoods.  I don’t mind edgy, up and coming, or artsy ones, as long as they are not “exciting” ones where I have to flee for my life.  Such heart-thumping events are generally not conducive to extended existance.  You could perhaps argue that Malaysian food is meant to set the heart racing but I would prefer that in a metaphoric sense only. 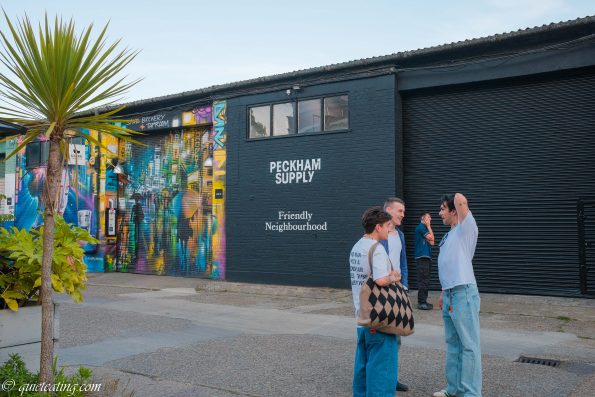 So although the main street outside the station may feel a bit edgy, a sign in the nearby courtyard to Mambow reminds you that this is a “friendly neighbourhood”.  As most people know, if it’s written on a building, billboard or newspaper, it must be true. 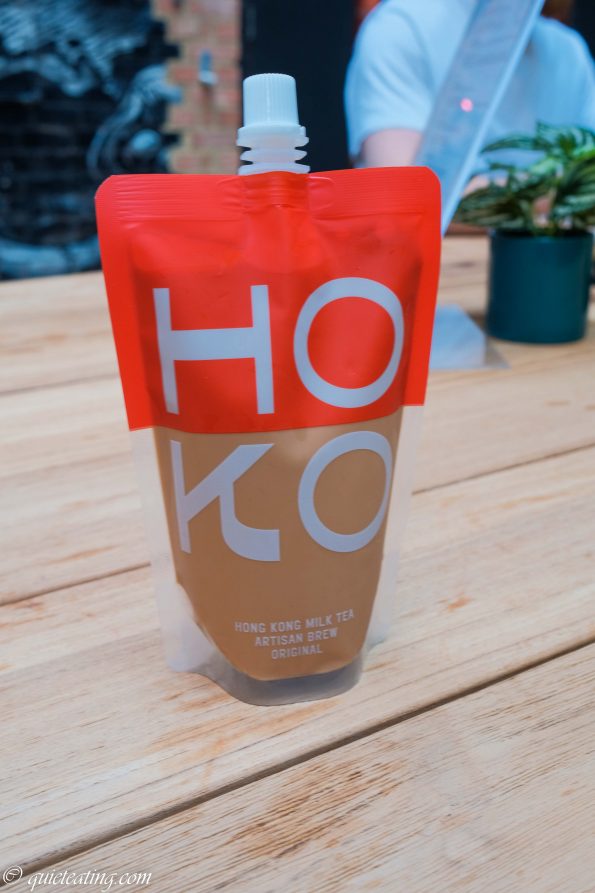 Hong Kong milk tea.  This was actually rather good, if in a rather small package.  It was fulsome but not too sweet, delicate without being too overpowering.  However, it was a bit too much plastic packaging in a today’s recycling age. 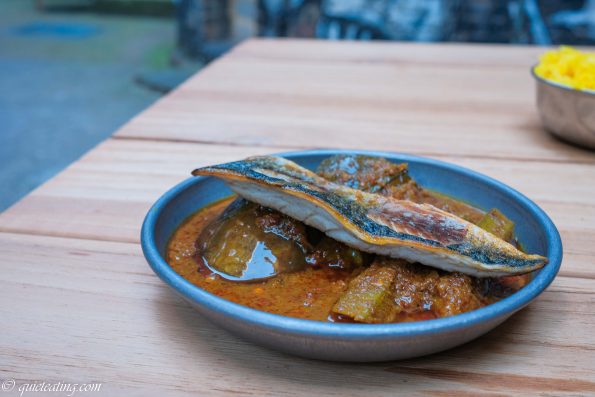 Ikan assam pedas, seasonal fish curry, tamarind, laksa leaf.  According to my Malaysian dining companion, this was fairly authentic.  Sharp flavours on top of grilled fish.  The problem was that the fish was perhaps a bit too generously grilled and a little dry.  It was also rather small.  Then again, what do you expect for around GBP10 in this day and age. 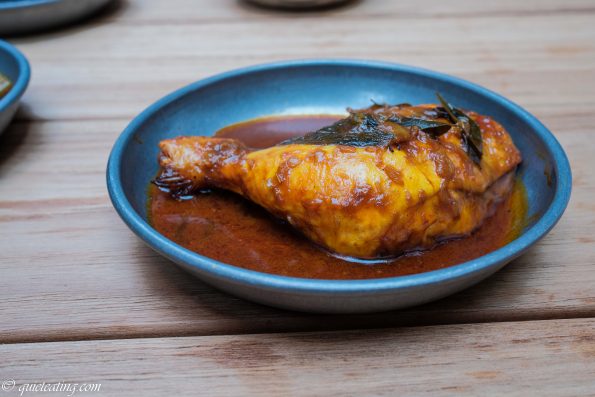 Black pepper curry chicken, Sarawak black peppercorns, red onion.  A quite decent dish, if nothing exceptional.  Smooth, umami curry with a nice chicken leg.  Although the price (like the fish) was a bit dear for one, given that these are picnic sharing tables, you need to get the food yourself and the seats aren’t too comfortable.  Some people complain that I’m a bit of a hard ass at times and although I disagree with that characterisation, when sitting in places with little padding for prolonged periods, it can cause discomfort. 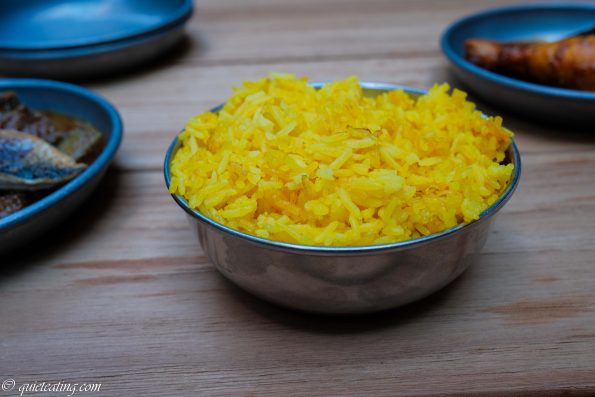 Turmeric rice.  This has to be noted for its bargain price, although nothing really that special.  However, this was something that I would be needing after having the next dish. 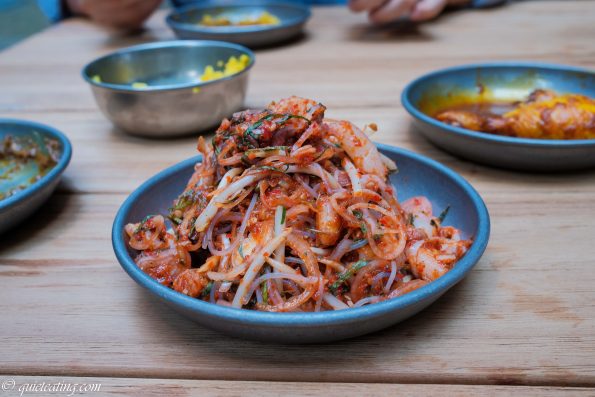 Kerabu glass noodles, grilled prawns, kerisik, herb mix, sambal belacan.  This was hot.  Not immediately apparent but after a few seconds the heat started to build into a screaming crescendo.  So much so that my dining companion and I descended into coughing fits with blind groping for liquids (or rice) to quench the fire.

Later that night, I was also reminded that sometimes what burns going in, burns going out. 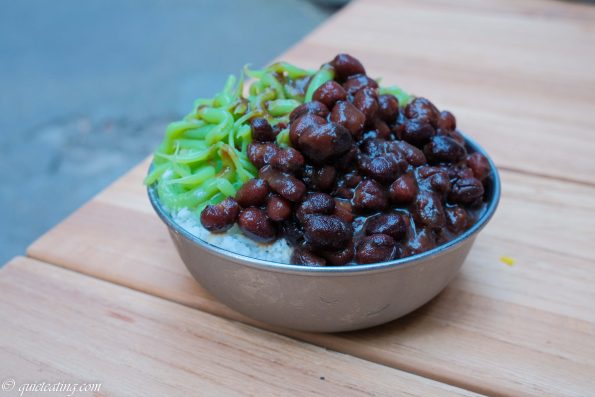 Cendol.  As we did not want to finish on a fiery note we went for the green rice flour noodles and the beans.  Those two elements were nice however the crushed ice was weird.  The traditional way that I have had this is with delicious coconut milk on the bottom.  This seemed more like shaved ice coconut at the bottom.  Robbed me of the smooth texture I was expecting.

The food erratically careered between authentic and less so.  The price also followed the same track with the rice being more affordable than most of the rest.  However, it was the pain of the glass noodles that causes me to pause.  Although arguments may be made that this is what it is supposed to be like, if there is to be “excitement” regarding a meal, I prefer for it to stop at my front door.  Not follow me inside my home.