To get over the “excitement” of the end of June, I thought it would be best to visit one of my neighbourhood restaurants.  The hope was that being able to roll home rather than clamber on public transport, minimizing my contact with other people, would probably be a good thing for the world.  I can be a sad, bitter and angry man when I have been force fed bad food.

So to cheer myself up, I thought I would visit a decent local eatery and write a substantive review here.  No brushing over flaws or ignoring experts here.  I’m not bitter about how the recent campaign in the UK was run.  Not at all. 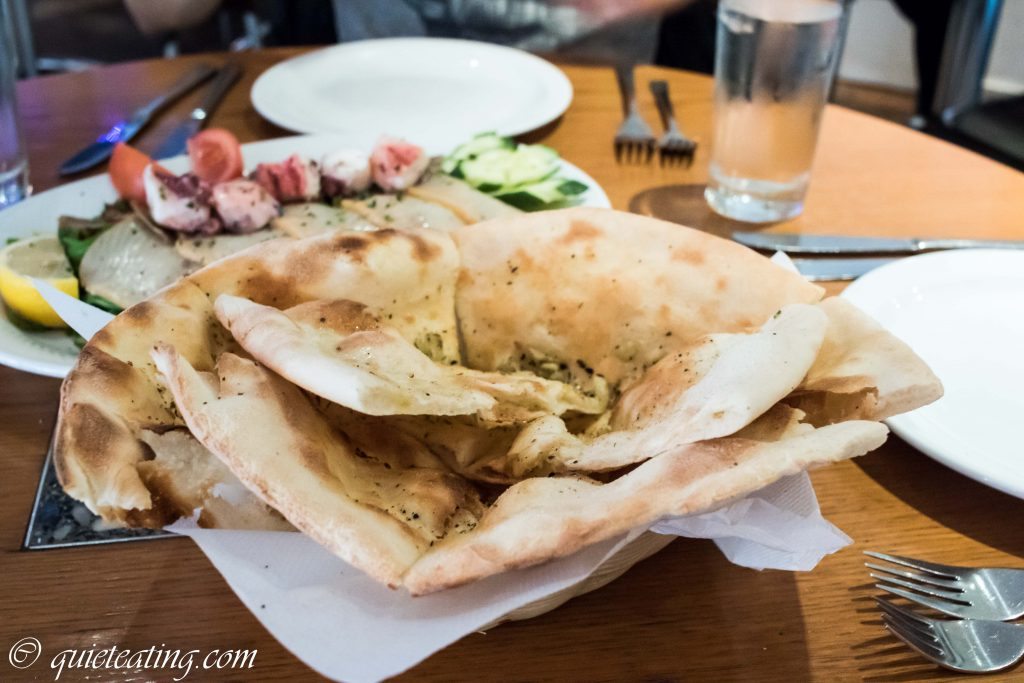 Garlic bread, tomato, garlic, extra-virgin olive oil and oregano.  Light and fluffy, these were not bad although slightly overdone, they were a bit dry.  Either that or I am just bemoaning the lack of more garlic sauce.  At least I’m frank about its shortcomings. 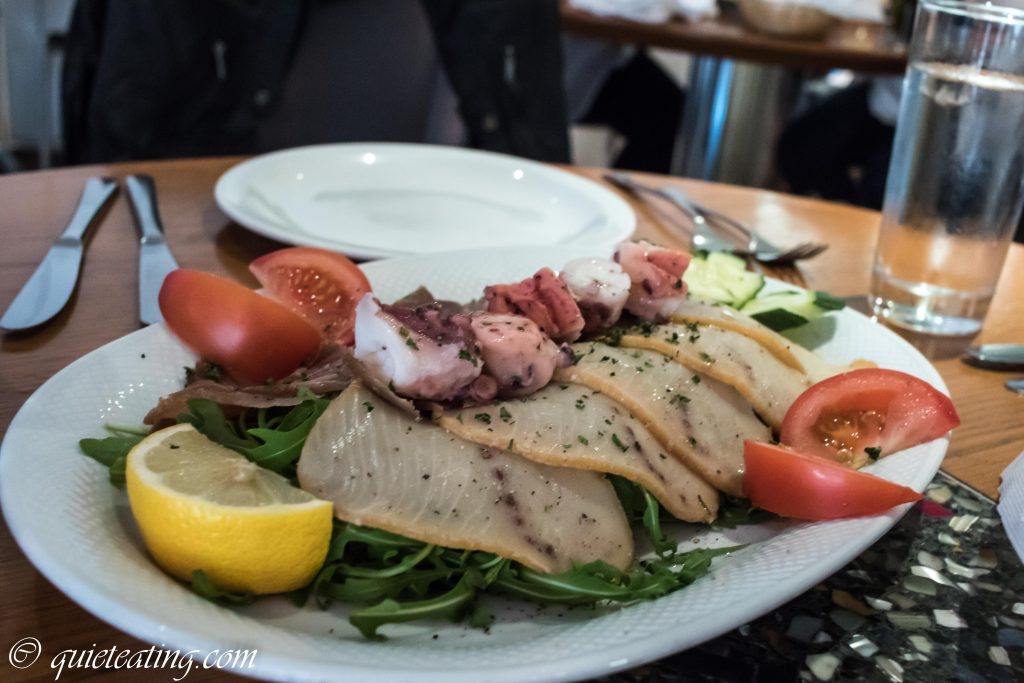 Insalata di mare, mixed seafood salad.  With generous helpings of the sea, this dish was filling and tasty.  The octopus in particular was a welcome touch.  A more unusual fruit of the sea from one of its more vicious predators.  I did entertain thoughts about how this many armed monster would fare with some members of the campaign but moving on… 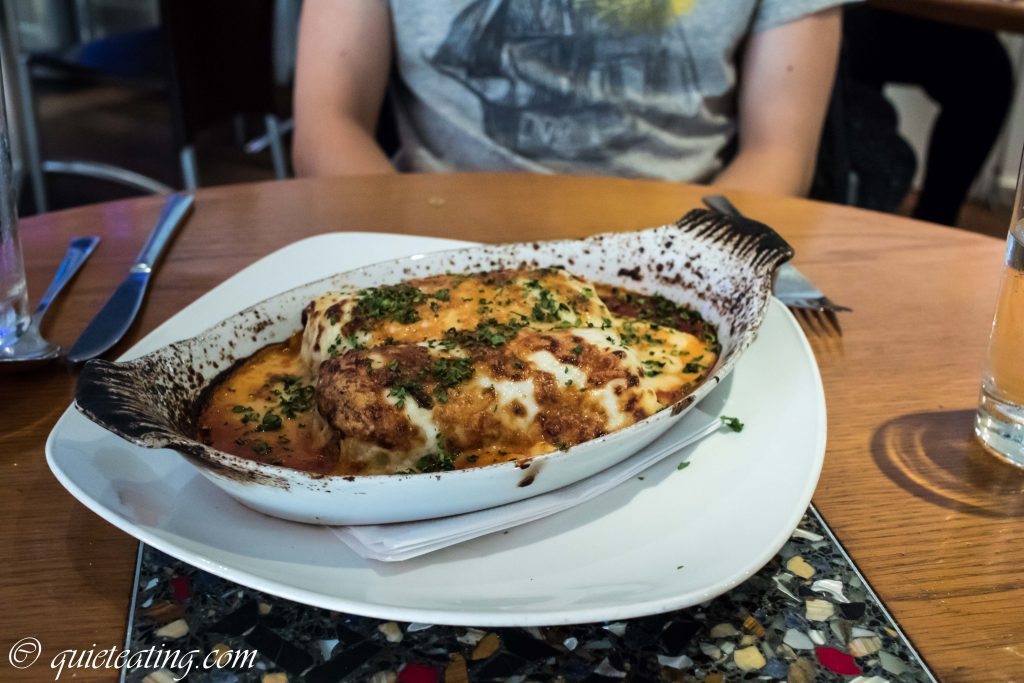 Cannelloni ripieni, pasta rolls stuffed with minced veal oven baked with tomato, mozzarella and parmesan cheese.  Delicate yet meaty, these were a definite treat.  In a generous serving the combination was more than the sum of its parts.  Kind of like the EU. 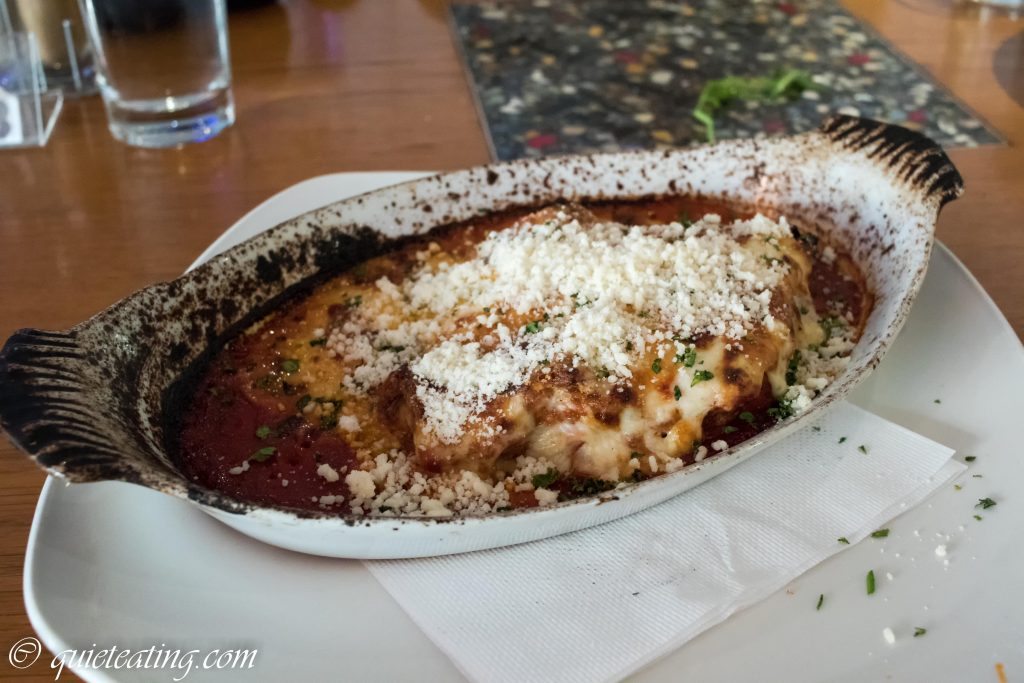 Lasagne al forno, oven baked with mince beef and bechamel sauce. Topped with parmesan cheese.  Although suspiciously looking like the cannelloni in another form, this was different.  It seemed to have a heavier tomato flavour than the cannelloni and seemed a bit more ordinary with its beef rather than veal mince.  If I came here again, I would go for the cannelloni as it was an excellent import rather than the more mundane and anglicized lasagne. 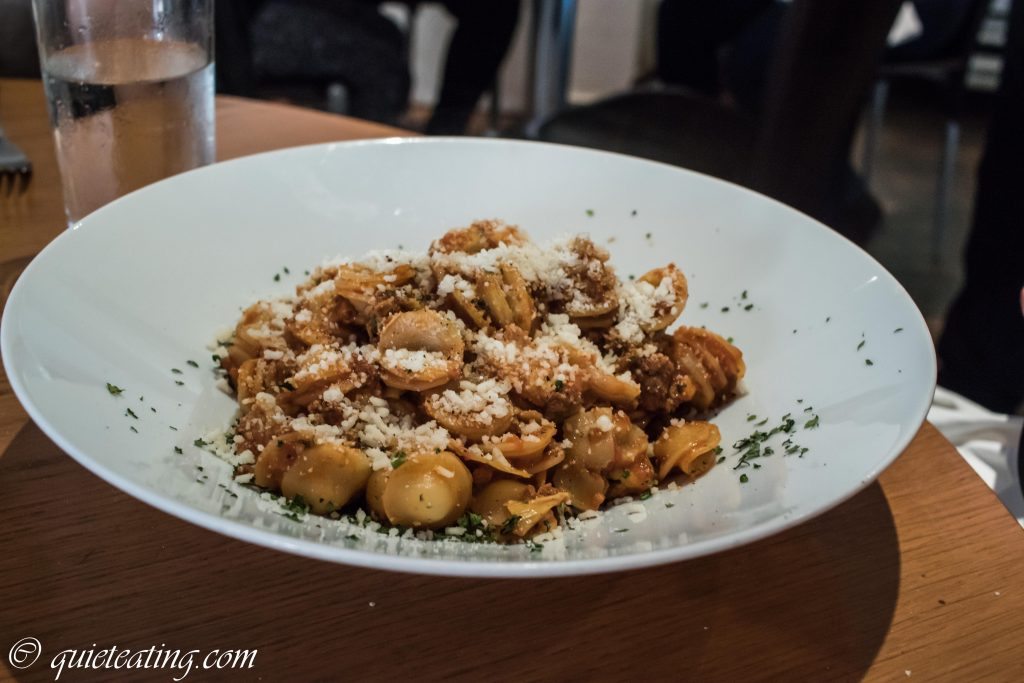 Orecchiette alla barese, with artichoke and traditional mince beef sauce.  The artichoke and beef sauce was tasty and filling but what made this dish stand out was the pasta, delicately done al dente so avoiding the nuking that such wheat based products usually undergo when I cook them.  Definitely something not to miss.

As a friendly, reasonably priced and most importantly, nearby eatery, La Figa definitely is my go to place when I can’t be bothered to move far for food.  Definitely somewhere worth a repeat.  At the end of this pleasant meal, with a groan, I lifted myself out of my seat and rolled myself home.  No transport with meaningless regulation and red tape for me.  My own locomotion is just fine for me especially as I just had to go a little down the river. Now where did I park my yacht? 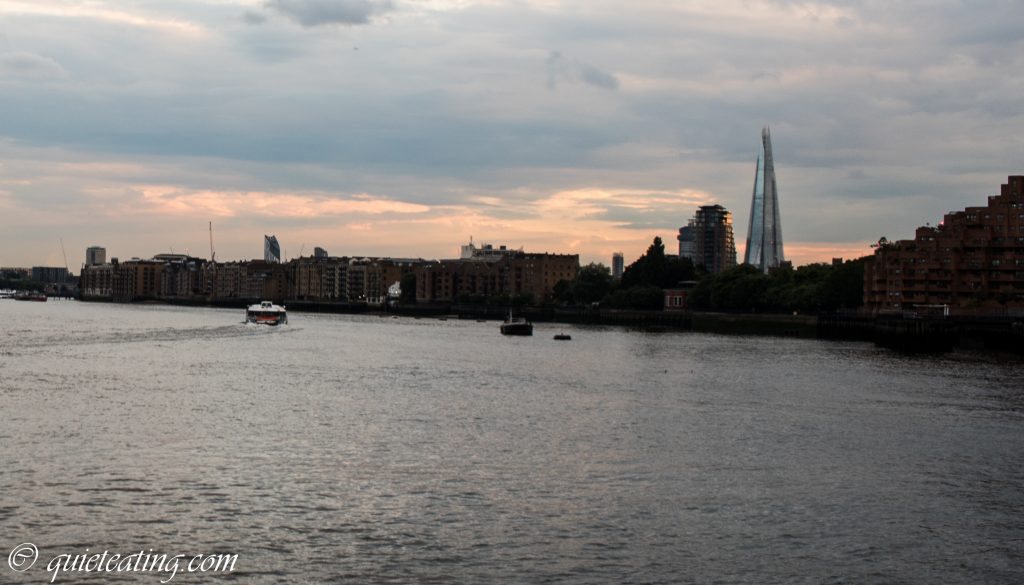