This is a long overdue review of Kiku (菊), what I think is one of the best Japanese restaurants in London for a reasonable price.  Sure, there may be better out there but they’re either insanely hard to book, expensive or both. I think I probably have to go out on a limb here. Kiku is traditional Japanese food. Not to be confused with the likes of Wasabi, Itsu and Sticks’n’sushi which are all heavily westernised versions of Japanese food. You couldn’t be caught dead eating things like that in Japan. Neither is Japanese food just sushi or ramen. That is only the tip of the iceberg. To give you an idea of comparators, you might as well say that British food is just fish and chips.

Now that I am done being pretentious, onwards to the review.  The idea was that Kiku would be my little warm up before returning to Japan in hopes of a gluttonous binge-like feast.  I have to exercise my stomach to cope with the potential increase in volume of food.  I hope you don’t mind me giving a bit of a history lesson of Japanese food here as I feel able to speak with some (even if just a bit misguided) authority on this subject given my experience of onsens (温泉) and washouku (和食). 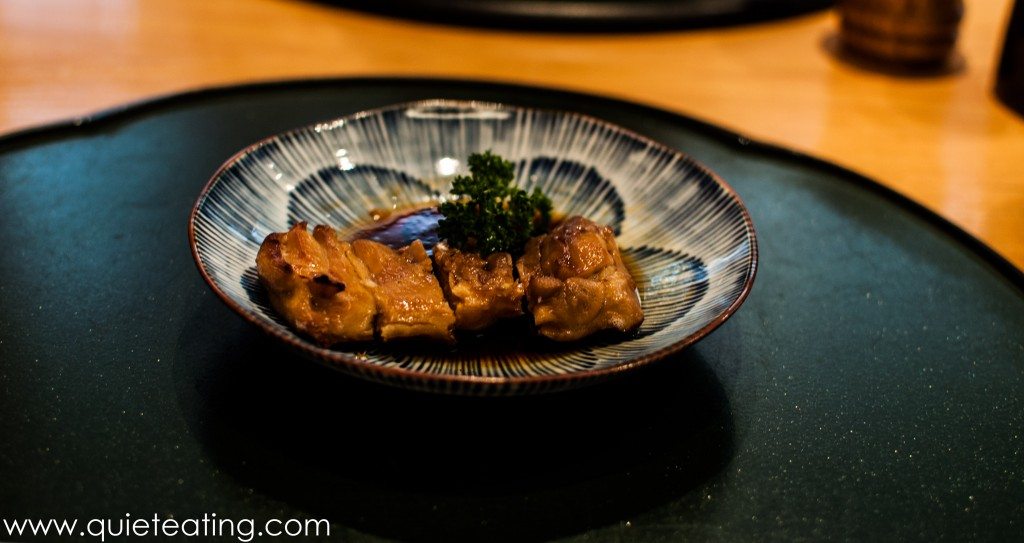 Starting off with yaki tori (焼き鳥). Chicken skewers roasted over hot coals. Dripping with teriyaki sauce, this was a pleasant warm up for lunch.  It was tasty but a bit overcooked as it had a hint of rubberiness, although you probably would only notice this if you had tried it several times before.  In Japan, restaurants specialise just in grilled chicken.  All sorts of parts are speared and roasted.  Chicken breasts, minced chicken, hearts and my personal favourite – chicken skin.  Please excuse me while I mop up the drool collecting on my keyboard. 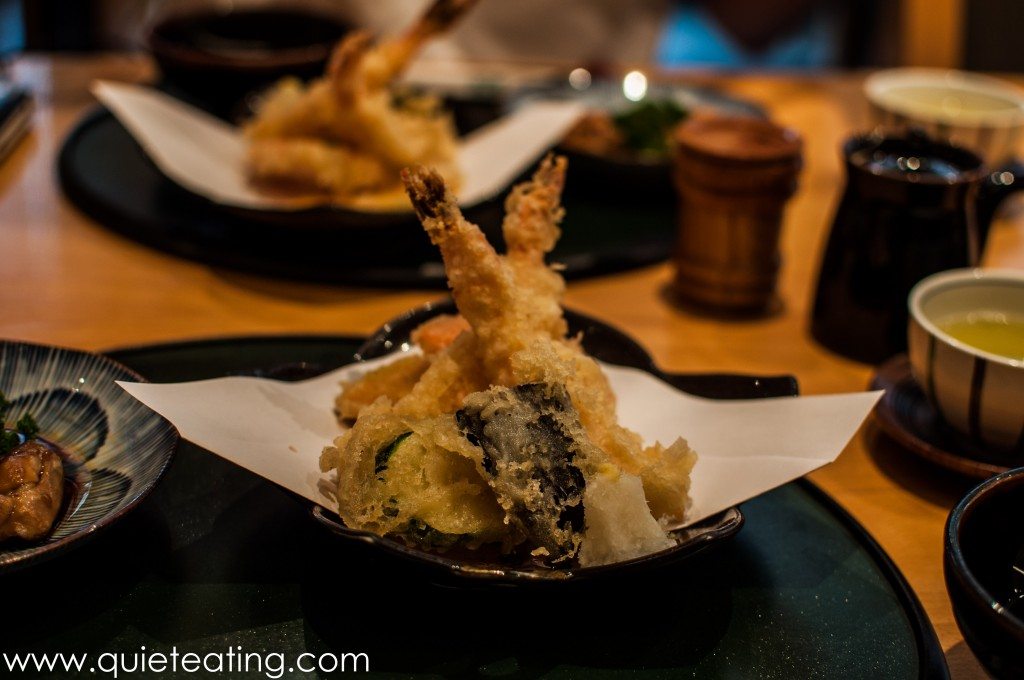 Next was tempura (天ぷら). Potato starched prawns, eggplants and carrot.‎ The outstanding dish of this restaurant with the batter thin and crunchy, and the tempura only retaining a trace of oil.  Apparently the secret to achieving this effect is to have the oil so hot that it flash fries the food and the morsel is only in the oil for a short period of time before the outer batter is flash fried.  I do wonder if I should try this on certain friends.  But I digress.  After each piece is fried, the large vat needs to retain a certain temperature to ensure great tempura.  It is a bit easier to achieve when doing this in industrial quantities as opposed to in a small pot at home.  Believe me, I have tried and failed.  The tempura, not the friends. 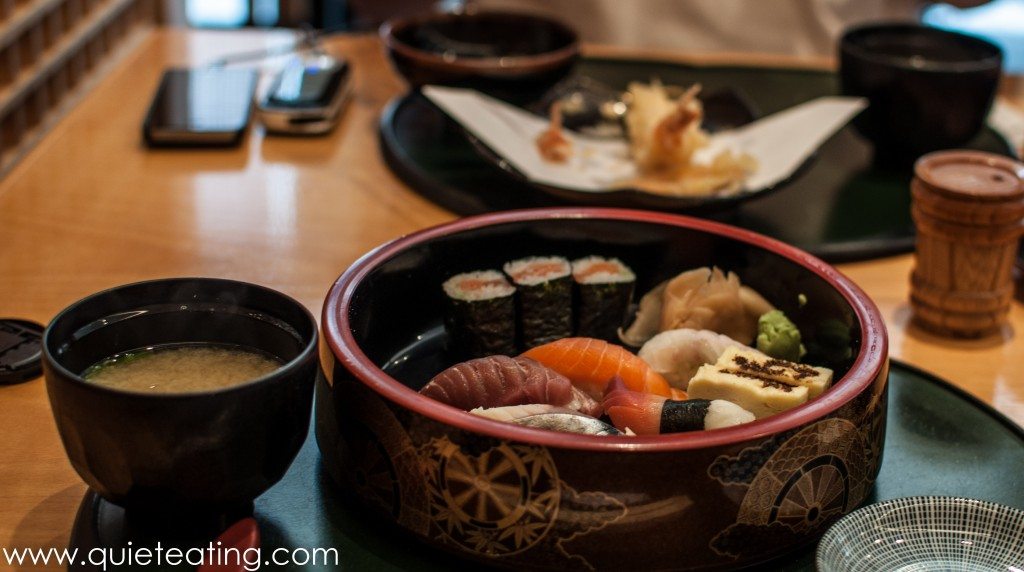 All this was just a warm up before the main course, sushi (すし).  In this delicious bowl was salmon maki (鮭), tuna sushi (マグロ), salmon sushi (鮭), flounder sushi (平目), egg, (卵), octopus sushi (タコ) and mackerel sushi (サバ).  With a little bowl of miso soup (味噌汁) to go along with everything.  It has been a while since I’ve had so many different types of sushi.  The standard Itsu and Wasabi sets just come with sub par sushi.  The makis were some nice little snacks which prepared me for the rare (at least in London) flounder which was light and refreshing with a dash of wasabi.  The egg omelets provided a bit of savory taste to clean the palate.  The octopus was chewy and lent a substantial element as it was chewy and rather more chewy compared to the rest.  The mackerel, something which I have come to love, was pleasant and probably the most meaty of the sushi. Now coming to the tuna, the king of fish, it was delectable and bursting with flavour.  The salmon had a clean taste and left me with a taste of the sea to enjoy on my ride home.

Kiku left me with a warm glow upon leaving.  Although on this occasion the food was not as good as I previously remembered, it was still a step above the usual London standard.  I will be returning when my craving for good Japanese food returns.