To prove I’m not a one trick pony (or a singular man.  I haven’t been a single man for a while), I thought it might be useful to show you I can cook something more substantial.

Yet perhaps this is jumping too far ahead.  It might be best to start a bit further behind.  Some people might be interesting how I learnt to cook.  The longer story is set out in my book but the condensed version is below.

Wouldn’t it be easier to eat out every day?  The answer to this, is that as a broke student the pound did not stretch very far at all.  There was no quantitative easing in those days.

Alternatively, couldn’t I just enjoy the quick, easy and cheap meals from the supermarket.  A friend told me that during medical school, he survived on frozen garlic bread.  £1.60 per pack and you just have to chuck it in the oven to cook.  Minimal brain power needed and what made it even better was that there were two per pack!  Given that he now practices as a consultant in intensive care, I think he has chosen a suitable allocation of scarce mental resources.  Although I would note that as he regaled me with his tale, his wife looked on disapprovingly.

If even this was too much, wouldn’t I fancy a trip to the local chippie?

Against such heavy arguments, in the end I did learn how to cook.  This was driven by a two issues.  (1) I was broke and (2) I kind of like to eat.  Just a bit.  So the below is one example. 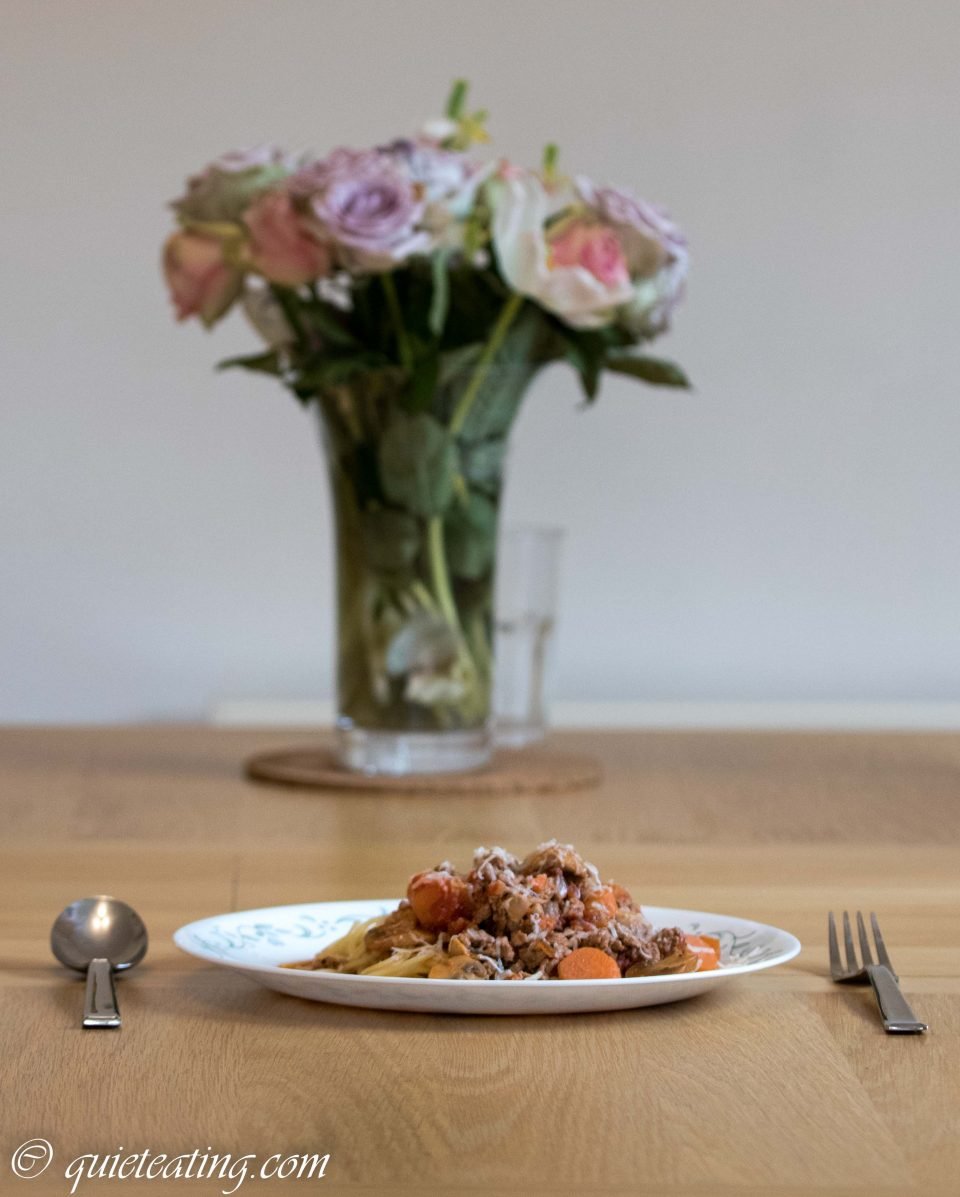 A version of the humble spag bowl was something I first learnt to cook during desperate days in a windowless student accommodation kitchen with smoke filling the air.  As bad as I was at cooking then, at least I cooked on the stove.  Many irritating (and amusing) things happened in those days.  Like when I boiled some water for my tea and then had pasta drop out.  Have to give my fellow students credit for their inventiveness.  Definitely cuts down the washing up.

In any case, my spag bowl was meaty topped off with umami cheese, soft and succulent mushrooms, smooth carrots and heavy sauce.  If I had eaten things like this as a student I would have swooned.  As I am older and more experienced (but not wiser now), I deem it acceptable.  Good thing too, as its not like I have any choice.