One Sunday lunchtime, I was caught without somewhere to eat.  Now, it was not that I was in the wilderness and would have to hunt or forage for my food (don’t think I would survive that) but instead that I was in Covent Garden and did not know anywhere that was (a) available for walk ins (b) would not break the bank and (c) had something that I would actually like to eat.  My needs were met by Fatt Pundit. 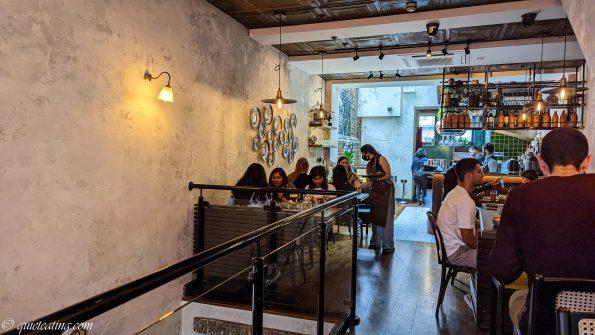 A restaurant challenged by width.

I can empathize with this, as I also suffer from the same problem.  My trousers seem to be getting rather tight as I age.  I could say that it is just me settling into my body a bit more but more bluntly, I’m getting older with entirely foreseeable results. 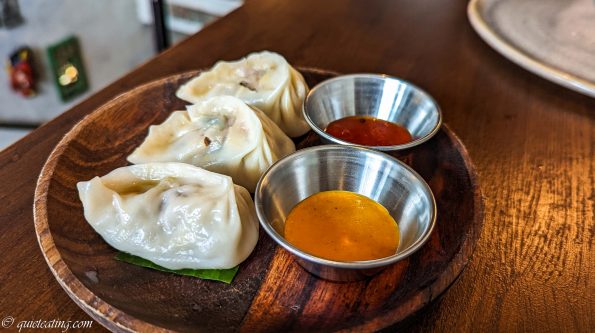 Kid goat momo, garam masala, cardamon, ginger and garlic.  These were rather nice dumplings with thin and tasteful skin.  Reminded me of dim sum.  As for the meat, it was meat, but the kid goat tasted kind of like minced pork.  A little pricy at a per dumpling rate too but let’s ignore that for the moment. 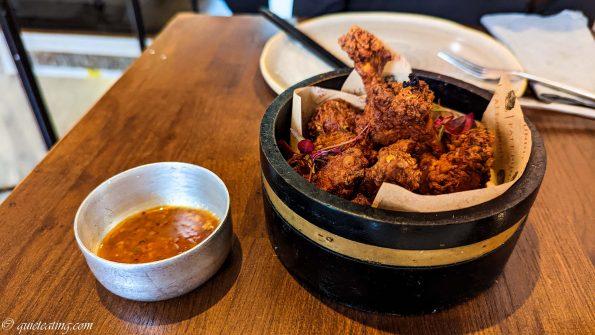 Lollipop chicken, spicy and crispy chicken wings served with Szechuan chutney.  Crunchy, crispy and not soggy at all, these were rather nice.  They were slightly overcooked though as they were a bit dry but I can overlook that as they did not seem to have much excess oil. 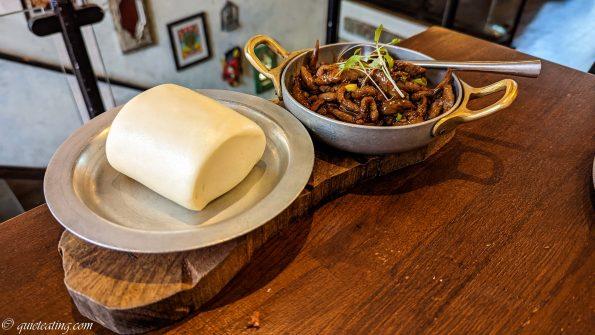 Shredded chilly venison, smoked sweet chili, soya caramel, mantou bread.  The mantou was a bit too stodgy.  Other mantous that I have eaten were fluffy and happy.  This was their grumpy uncle.  The venison seemed a bit confused, as hot and sweet competed to outdo each other.  A perplexing dish. 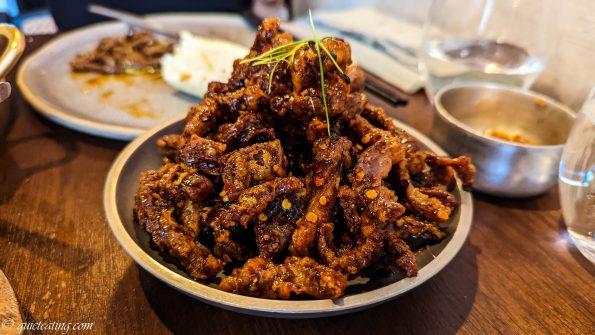 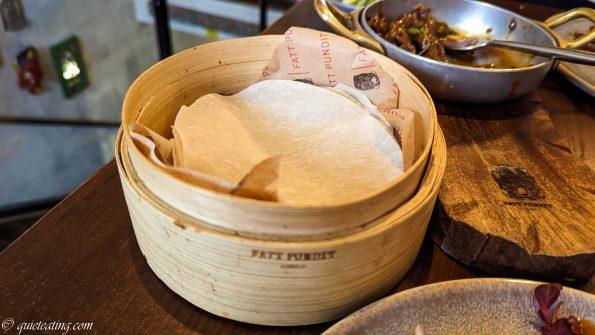 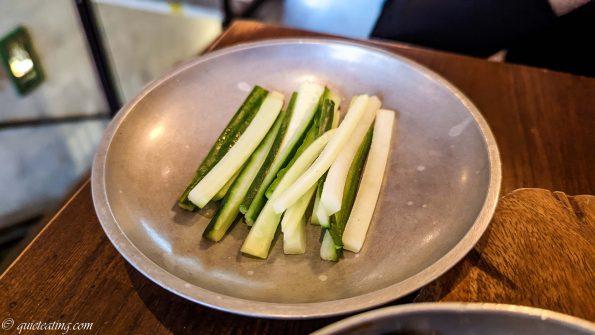 Cucumber.  In a DYI fashion, this was rolled up into a little delightful duck pancake.  Someone in the kitchen knows how to deep fry stuff as just like the chicken, this came out remarkably excess oil free.  The honey, five spice and meaty duck created an umami explosion in my mouth. 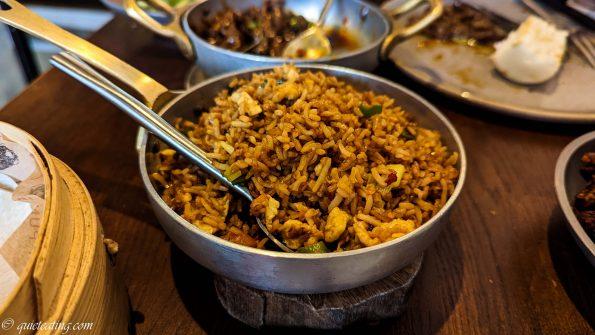 Egg szechuan fried rice.  To provide a bit of a base for the meal, the rice was decent if nothing spectacular.  You could do worse for a filler.

On a Sunday lunch, with no booking, in Covent Garden, you can’t be that picky.  I ventured into the great unknown, scary as that is, and managed to escape with my skin (and tastebuds) intact.  Things could have gone alot worse.  Looking on the bright side, I don’t think this restaurant runs the risk of making me fatter.