Sometimes I yearn for junk food.

I think it has an undeserved reputation as sloppy, lacking in refinement, dirty and smelly.  Some of these adjectives may be true but maybe it is just down to semantics.  In alternative phrasing, it could also be described as unpretentious, rustic, unfussy and full bodied.  Now that sounds better.

It seems that great food can be found in the most unusual of places.  Setups under railway arches, in abandoned warehouses or in seeming bomb shelters lead to a higher likelihood of finding something good.  Which was a promising start for Bread Station. 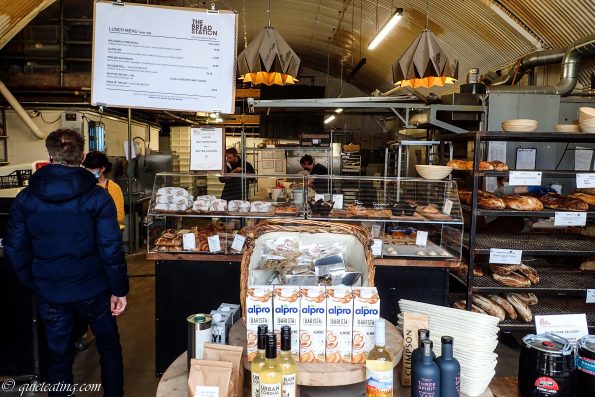 A neat setup.  This is the view that greeted me on arrival. 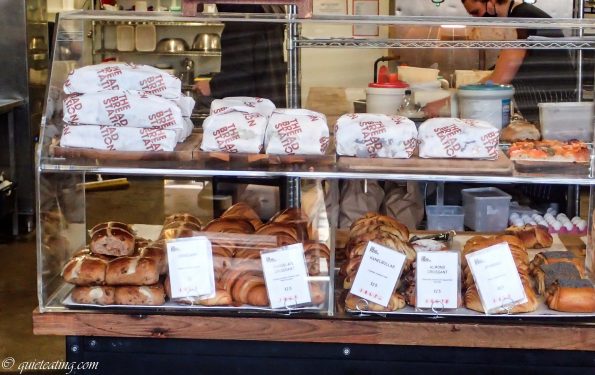 Junk food.  It seemed lined up neatly just to tempt me.  Although, it is a bakery so those wrapped parcels looked rather out of place.  At first I though they were burgers. 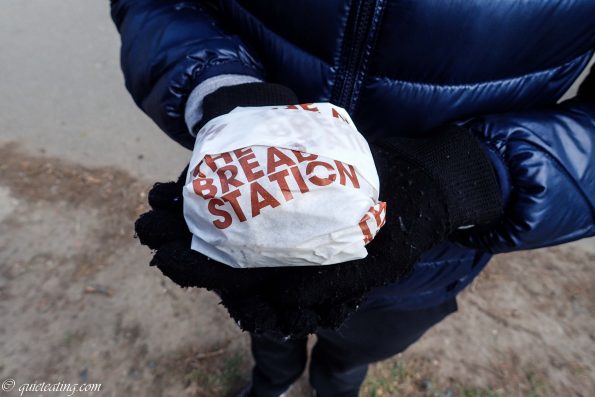 An up close shot.  Within striking distance, it looked very much like something you would get in the drive through lane. I hear that these maybe seeing a resurgence just like open air cinema seen from your car.  Although watching the big screen from your car would be nice, I wouldn’t want to eat in my car as some people can be messy leading to much unnecessary (or necessary depending on the person) cleaning. 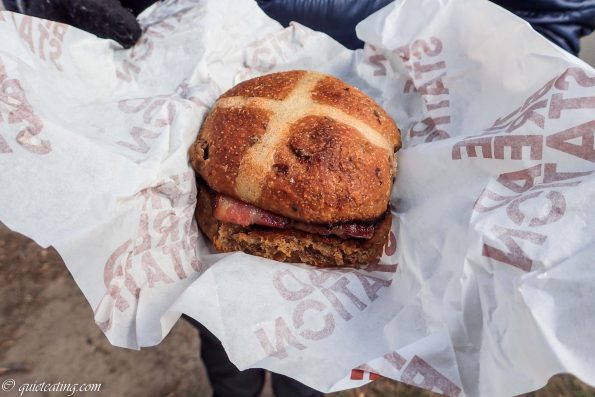 Butter bacon hot cross bun.  Unwrapped, it looked even more like a burger.  Look at that crispy bun, the bacon poking out, the good fried fatness.  This was my cue to start drooling.

It was better than it looked.  Brushed with maple, this sweet and savory bun had an unexpected combination of flavours.  It was something extraordinary as never have I had a hot cross bun anywhere like this.  Ok, maybe this was a seasonal delight, never to be repeated.  Yet, if this was the case, maybe I should just call it a day.  That way I could leave with fond memories, never to return again to despoil my rememberance.  The Bread Station is definitely somewhere worth a pit stop for organic fuel.

A bun was GBP2.80 excluding drinks and service.