Desperation makes me do stupid things.

I often do ill advised things without such emotional baggage but the weight of despondency and despair makes thing particularly idiotic.

Like that time I ate that chicken sashimi in famished hunger.

Or perhaps that time I thought it would be a good idea to eat the salmon raw from the supermarket (although, my friend who served it to me had insisted it was sashimi grade, it was anything but).

The extenuating circumstance this particular time was that while I was out in an unfamiliar place in ravenous hunger, I didn’t have much choice.  Bodeans seemed to be the least of all the evils among KFC, McDonalds and Wasabi.  It was just American fried food, so how bad could it really be?  If you dump things in oil, at least it would be cooked well.  The taste, however, would be something different. 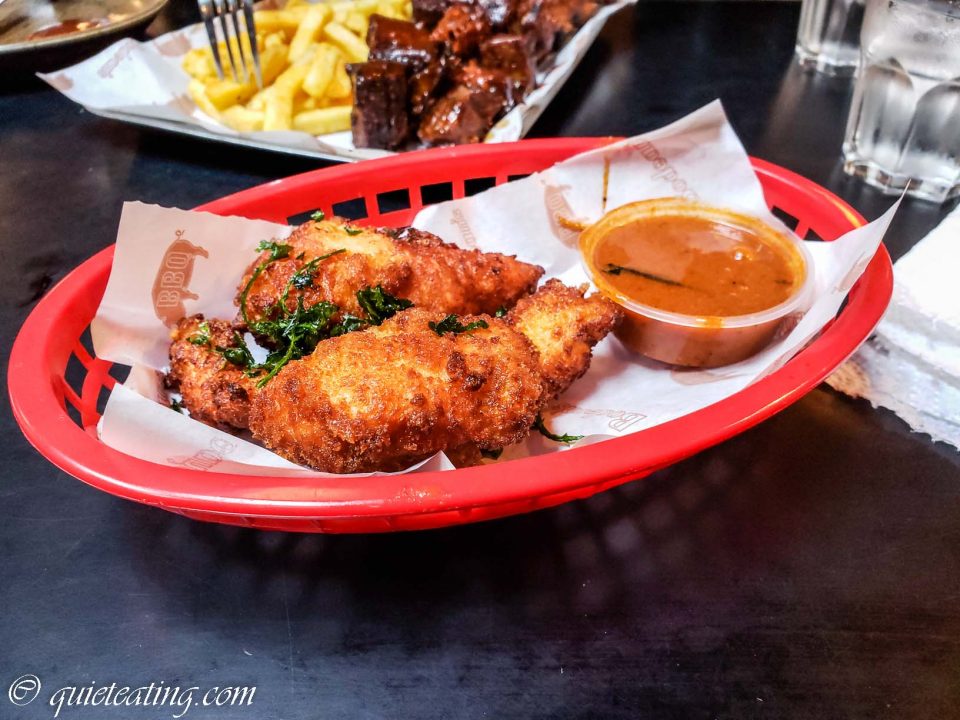 Crispy fried chicken, chicken strips, buttermilk marinade, Panko crumb with hot sauce.  The fried chicken was just that.  Fried.  With some sauce on the side to make it a bit better.  As far as American diners go, at least it didn’t poison me.  Didn’t have much taste either. 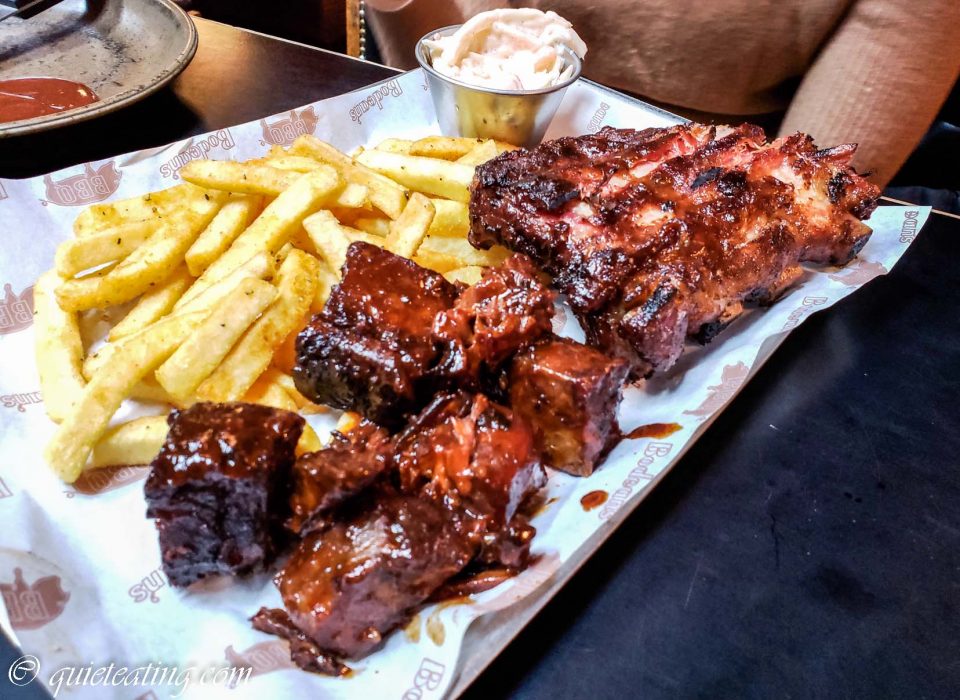 BBQ burnt ends with ribs served with Seasoned Fries & Slaw.  The burnt ends were rather disappointing.  A bit too salty and sweet and it could have been any manner of unidentifiable meat.  Perhaps someone should tell them that this isn’t sweet and sour pork.  Thankfully, the ribs were better with tender meat falling off the bone.  Here at least, I could taste the underlying pork.  The fries were nothing special.  The coleslaw something less than that.  Kind of tasted like it came out of a massive freezer bag.
Senseless actions have a cost. Like that time I thought it would be a smart idea to compete to see if I could inhale coke through my nose.  The pain that time was exquisite. Then again, it could have been like the fun I had that time on the hot beech when I accepted the dare to run bare foot to the sea.  Took a while until I could walk without a weird limping/hopping gait.  So perhaps I should be thankful that although I was naive today, I escaped without an “exciting” stomach.  Just a sad one, so I can live with that.  I just won’t repeat the experience.  Second time, I might not be so lucky.
A quiet eating 6/10.
Lunch (2 courses) was GBP 23 excluding drinks and service.