At a recent business event, I discovered that working nomenclature has moved on somewhat from what I am used to.  Instead of “unpacking” or “deconstructing” a complicated sounding but otherwise fairly ordinary word (no doubt in the belief that it makes the speaker more sophisticated), things have advanced.  Now the word is “decomposing”.  An interesting turn of phase, as I often think that those who are living rather sedentary lives glued to the television effect rather vapid stares.  With little stimulation for their minds, I can almost picture the scene as the TV turns their brains to mush.

Yet use of such absurd euphemisms have their time and place.  Makes for a more interesting life.  So here I was to see whether the decomposition of the head chef, sorry I meant her moving on to a better place (another food project in case you were wondering) would have any effect on the quality of the food.  Barrafina always seemed to be at the top of the charts for Spanish food and I had been several times before but always sans camera.  This time, I made sure to carefully pack and plan in advance.  I was hopeful of a good time as previous visits had been particularly pleasing on the stomach. 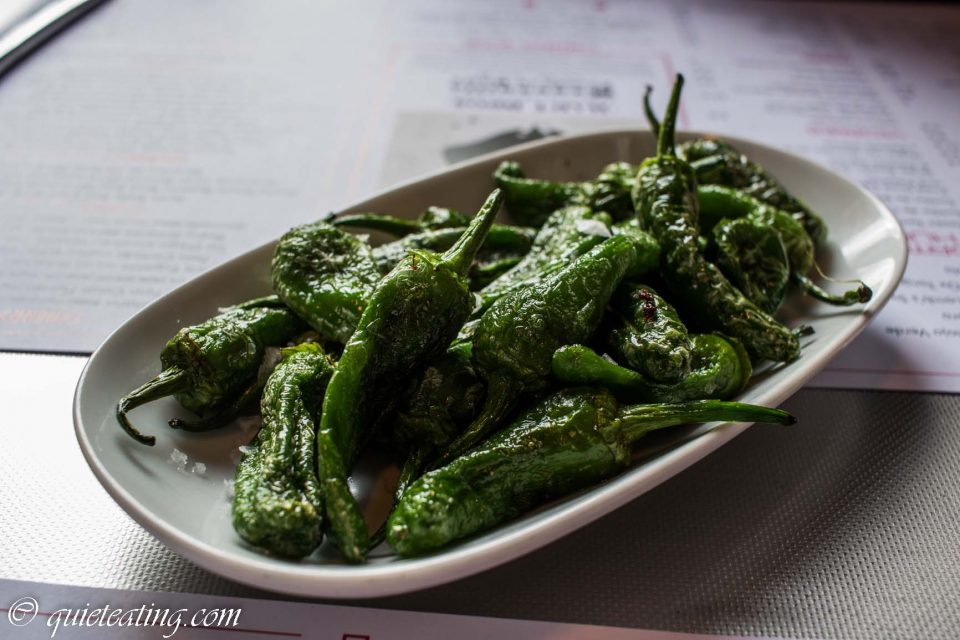 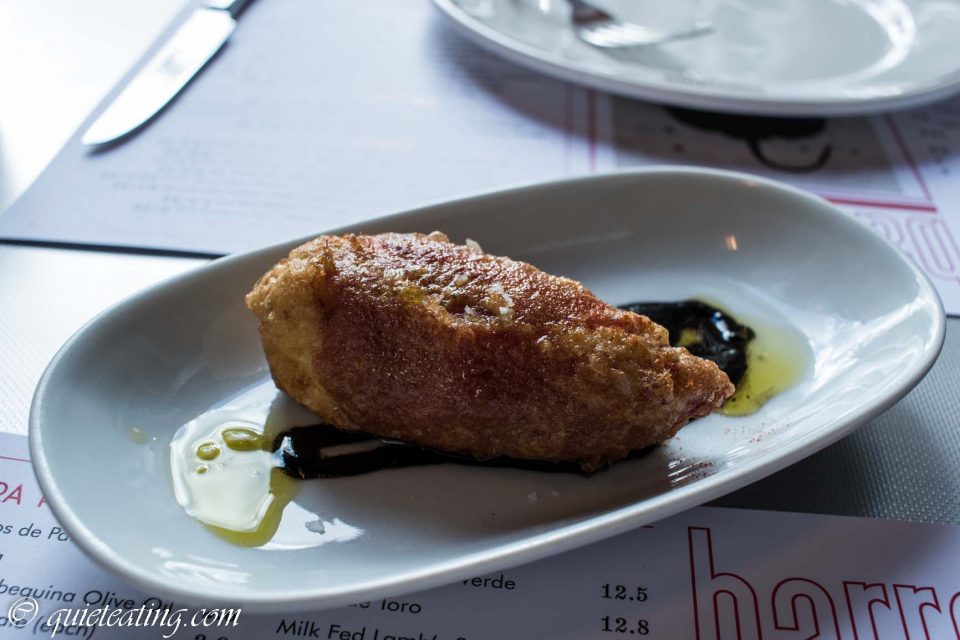 Salt Cod Brandada.  After that first little appetiser, although a little dear on the wallet (it is just grilled peppers after all…), we moved on to other dishes.  Such as this salt cod.  Perhaps the title should have warned us.  Although generously stuffed with fish, the taste seemed a little lacking in finesse.  It tasted like it had spent a little too long in a saline solution, quite ironic given that it comes from the sea.  Yet I was hopeful that this would be the exception rather than the rule. 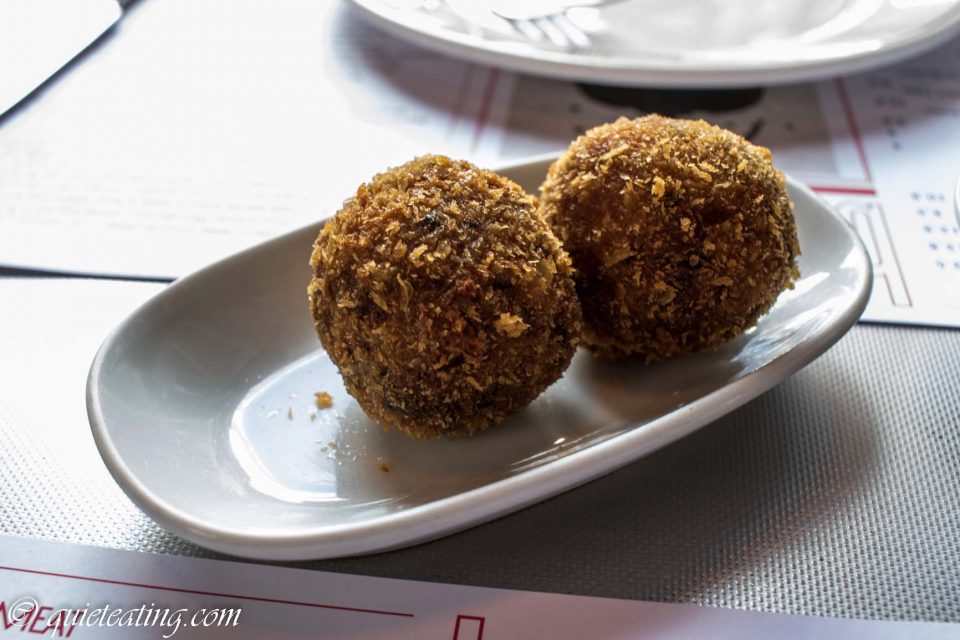 Portobello croquettas.  Nice and creamy with great mushrooms inside, although not as good as Rambla.  And they were twice the price.  And excessively salty.  Seems like we were running into the start of a trend here. 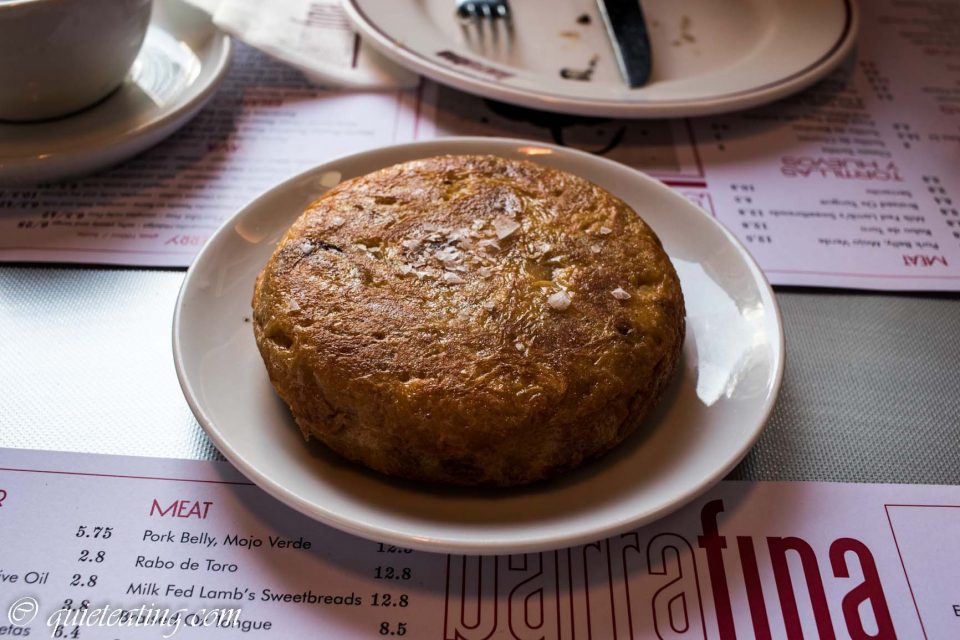 Tortilla.  Not bad but overseasoned.  Runny centre, creamy potatoes but unfortunately something tasted a bit off.  A bit too much of the taste of the sea?  Which would usually not make an appearance in dishes such as these.  Perhaps they are trying something different.  Like making the patrons thirsty so they would drink more, as I know that some pubs salt their drinks.  However, I would think that places like this would be beyond such parlour tricks, so perhaps it was just an accident.  The food should surely speak for itself. They shouldn’t need to resort to such gimmicks to push up profits. 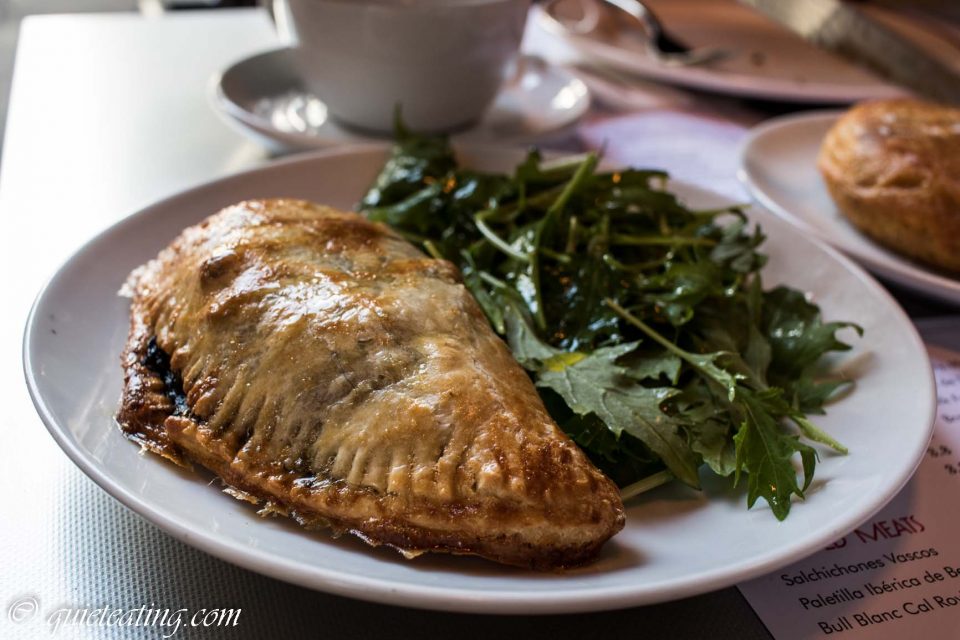 Cuttlefish empanada.  Interesting if a bit salty, with cuttlefish bursting out once you pierced the skin.  Just like the salty salt cod, these were a bit over zealously seasoned with brine.  The pastry was good though. 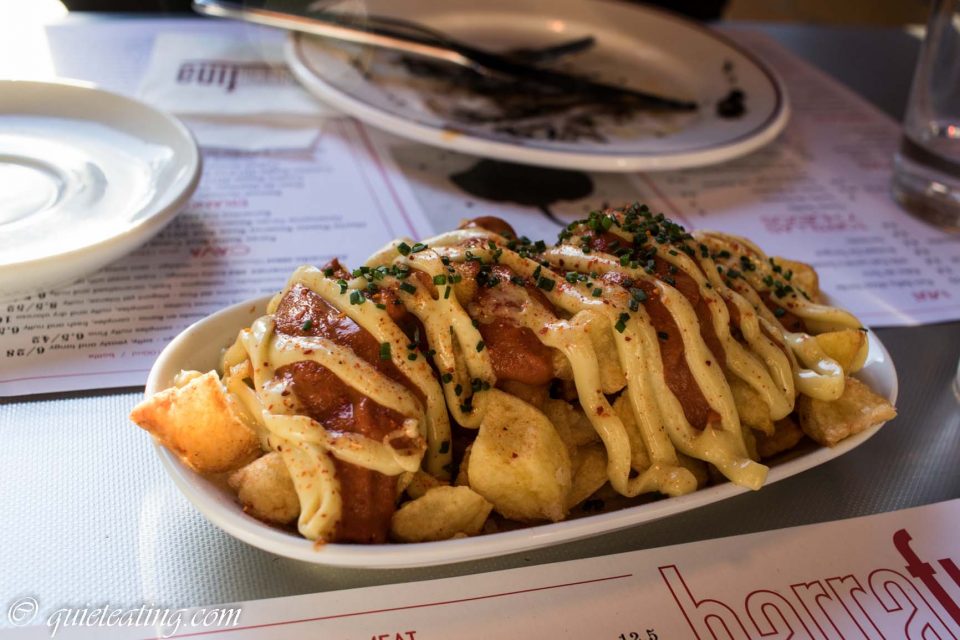 Potato brava.  The best dish of the day.  Which is perhaps not that surprising as potatoes usually benefit from a liberal use of salt.  Something which the cooks are becoming particularly well versed with. 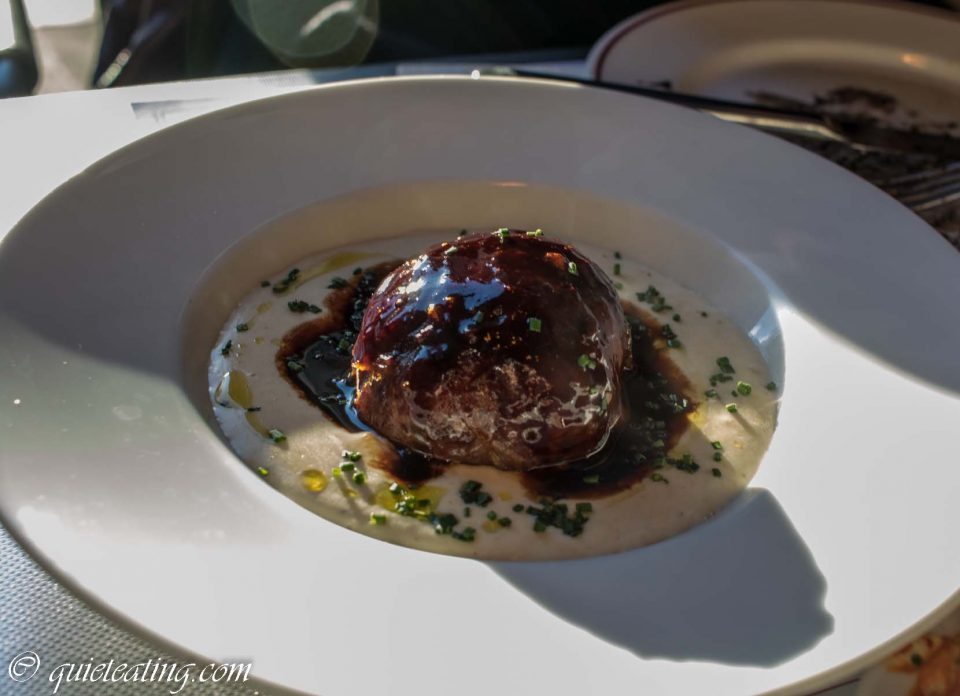 Rabo de Toro.  Very oily and salty.  Sadly it could have been so much more but it wasn’t a case of a little bit too much salt with the oxtail but perhaps salt with oxtail.  Sadly, another dish to avoid.

It seems that without their head chef, things at Barrafina are kind of falling apart.  The food seemed to be fanatically oversalted.  Although there was one or two decent dishes out the lot, these were unfortunately the exception rather than the rule.  Instead, it tasted as if in their desperation to try and make the food more pleasant, they added too much salt to everything, perhaps in hopes that it would cover up a multitude of sins.  However, I do try to put such bad things behind me, as maybe they had an off day in the kitchen.

Yet, what I cannot forgive is when people try to play me for a fool.  When you come with the bill and ask for feedback, please be prepared for an honest opinion.  If I say things were a bit too salty, what most people mean is that it is damn salty, like when you accidentally knock the salt shaker over your food, lick the salt ball or drink sea water (ok, perhaps most of those actions would be done by accident).  So please come up with a better excuse than “young people these days just like things a little less seasoned”.  Actually dude, I think I’m older than you and I go to restaurants hoping to taste what I eat.  There is no need to try and disguise the quality of your ingredients with spices.  However, please forgive me if my sense of taste and stomach is not suitably developed to appreciate this excessive brine, at times I have been accused of a rather unrefined palate. On second thoughts, maybe my experience is a hint of why the old chef is missing.  She didn’t want to witness her restaurant fall apart.