There are few things sadder than when something great becomes something less.

There was my friend who was determined to be the largest (muscular) man around, so much so that a while ago when he was asked to described himself, in fervent hope that words would become reality, he screamed “muscles, muscles, muscles!”  He is now twice the man he used to be but not in an asthetically pleasing way.  In contrast, there was the British empire which once spanned the world, yet is somewhat smaller now.  It even runs the risk of potentially even fragmenting into something further reduced, as Ireland and Scotland debate on whether to leave the union.  Against such comparisons, it would seem that a restaurant’s fall from grace would be something not even worth batting an eye at.  Even if such failures trouble my stomach and wallet, that is something inconsequential to the world.  Life goes on.

This is how we ended up at Aquavit.  Lured in by promises of affordable food with the approval mark of the Michelin star, we should have been put on guard. 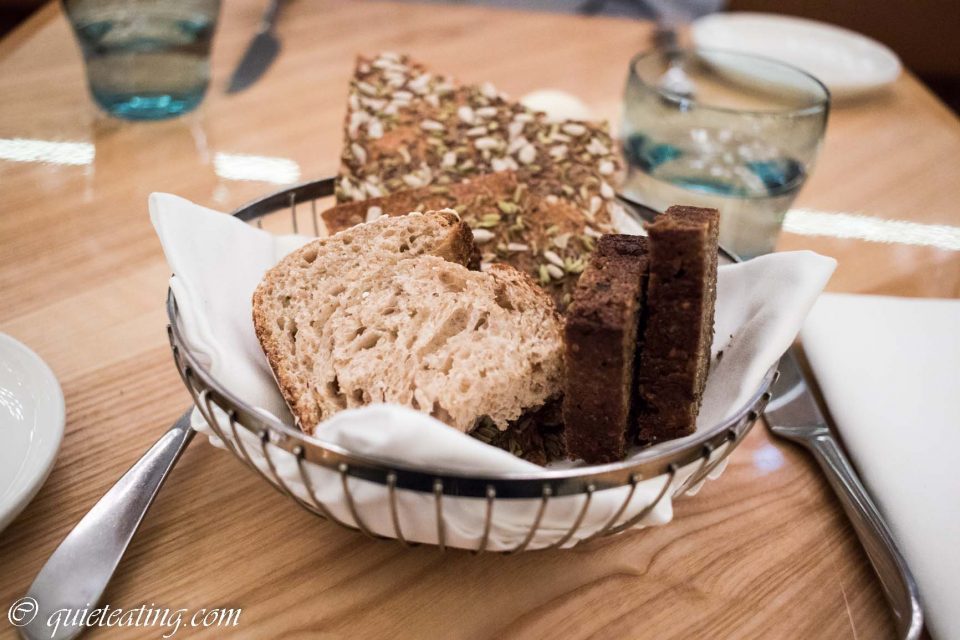 The bread basket.  Looks good, tasted alright.  Nothing great here though as it was rather ordinary. 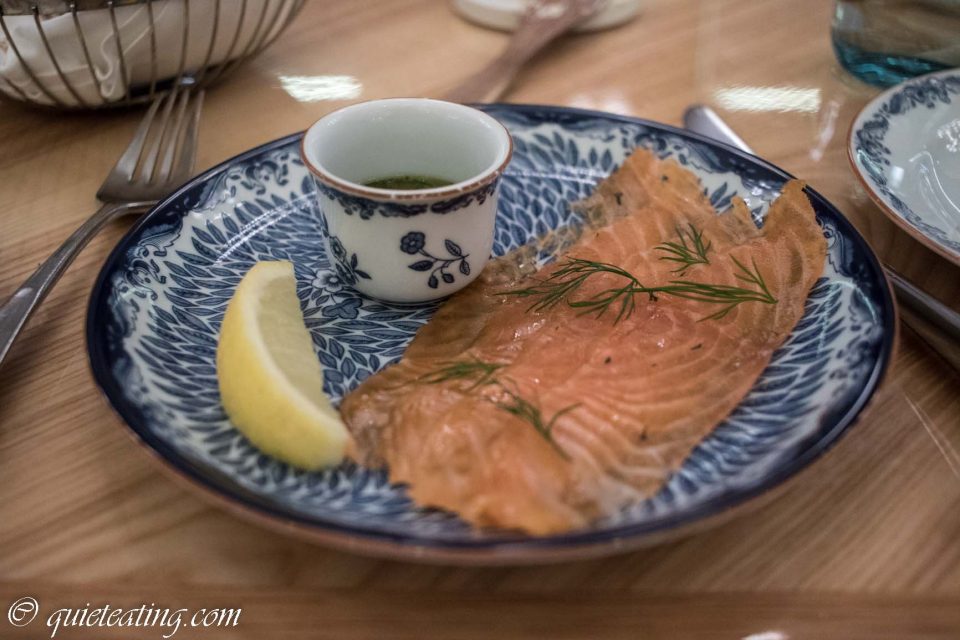 Gravlax, mustard, dill sauce.  The salmon was rather good. Gravlax is similar to smoked salmon in that it is cured but does not then undergo the smoking process.  This resulted in a rather cleaner taste although a little more heat from mustard would have been welcome. 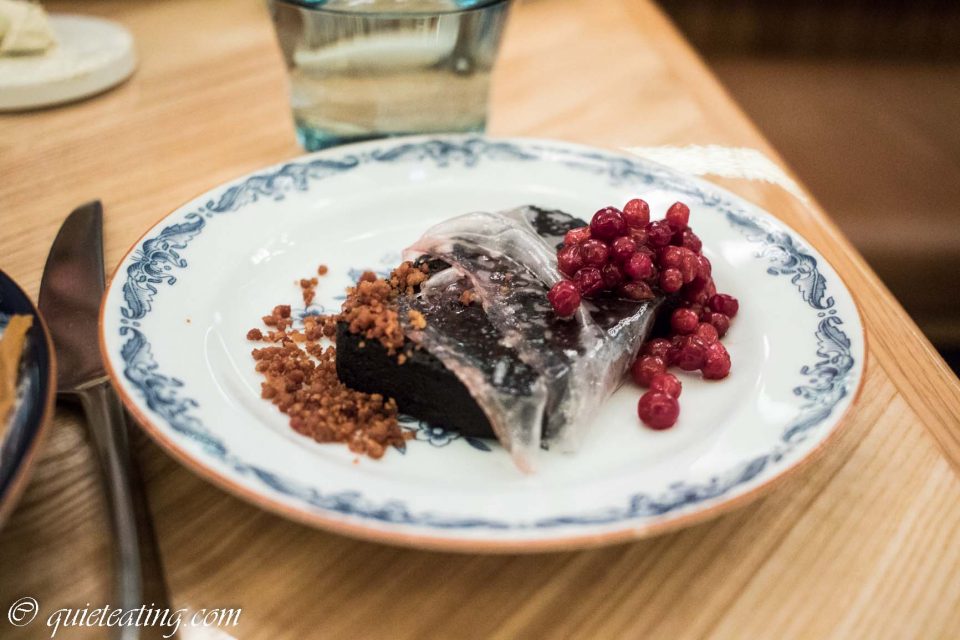 Blood pudding, lingonberries, bacon, lardo.  This was interesting and meaty.  Other blood puddings that I have known tend to be rather stodgy affairs.  With the berries adding a fruity note, this was pleasant and did not seem to sit so heavily. 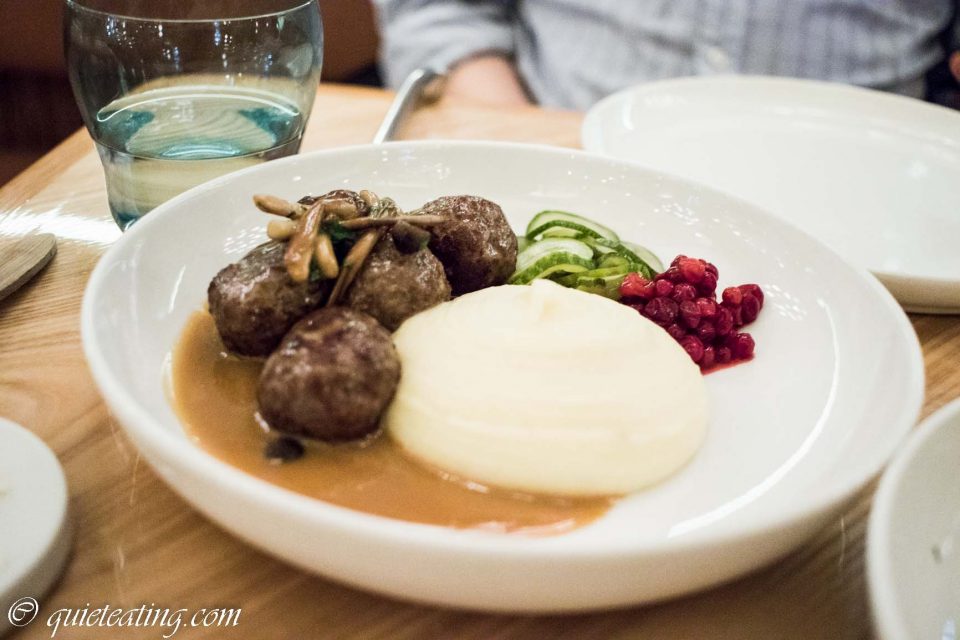 Swedish meatballs, lingonberries, pickled cucumber.  I cannot help but to compare this to Ikea meatballs.  These were slightly better but then again, I would hope so.  Here I saw a reappearance of something familiar, the lingonberries.  The berries were ok but I suspected that maybe they had ordered too many and so were trying to offload them on the set menu diners. 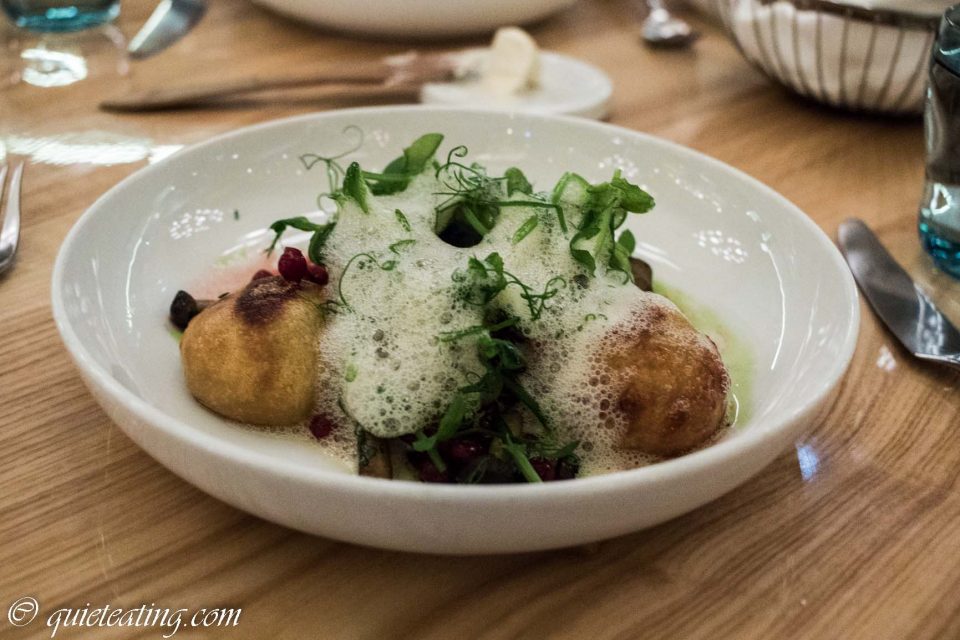 Kroppkakor, mushrooms, lingonberries.  Although these potatoes were actually quite good, even if they did not reach the heights of the Core potato, they did suffer from one glaring problem.  What came with them dragged them down as the reappearance of the lingonberries went from curiosity to irritation.  I thought I had seen (and tasted) them before but this was getting a bit ridiculous.  Good things overdone can become rather tedious and boring.  Average things seen too often can lead to harm.  Taste or reputation or both. 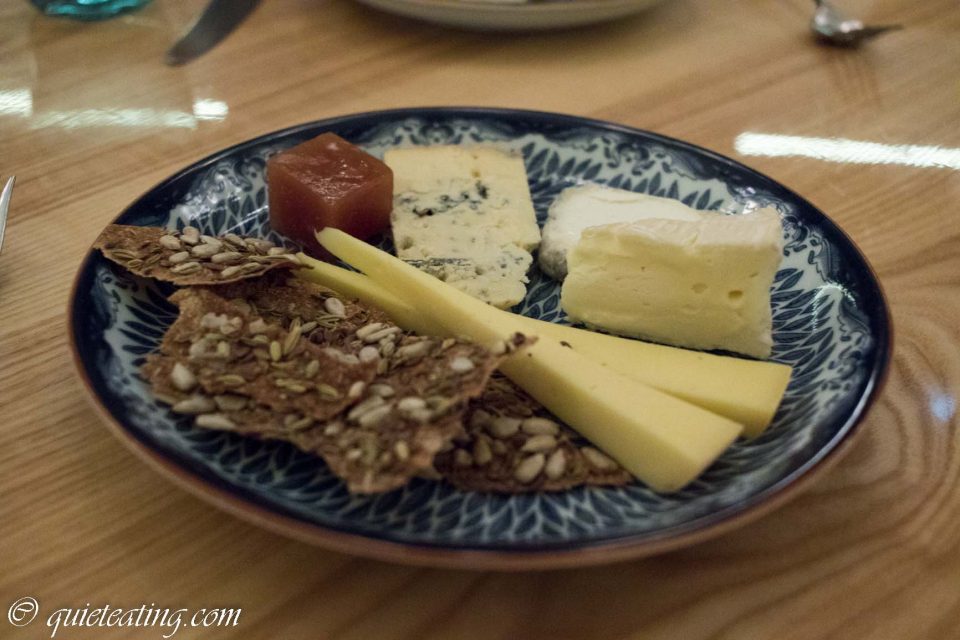 Cheese from Neal’s Dairy.  This provided an interesting puzzle.  My dining companion and I debated whether this was actually Neal’s Yard but missing half (the “Yard”) or was instead something else.  Culinary peasants that we are, we conceded that maybe this was a new haute type of cheese that the uneducated eating class (me) would not understand.  Debates about its origin were somewhat moot as it just wasn’t that good.  It felt like a lackadaisical effort at slopping together something for dessert.  The other choice for dessert was a selection of sorbets.  So it seemed that all the final course choices, sadly came out of packets.  I wouldn’t be surprised if this was because they ran out of ideas. 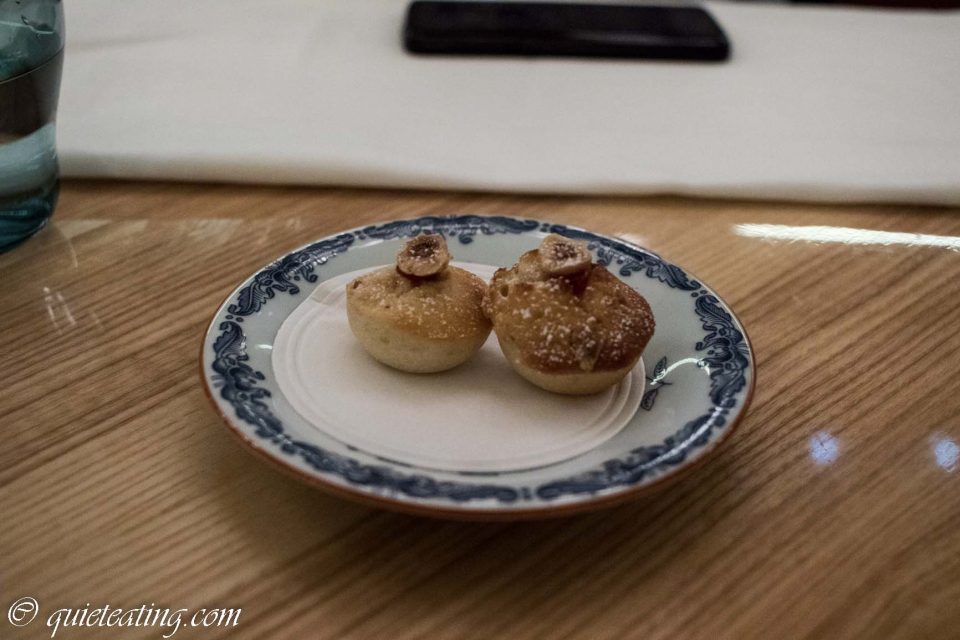 Tarts.  To end, we had a little parting gift.  Rather ordinary yet I guess I should award them full points on this (more on this later).

Strange dinner as this was, what was more concerning was that as we left at 20:30, we noted that the restaurant remained half full.  A bad sign on a Saturday night.  Then again, perhaps that is why we managed to get a pre-theatre menu on a Saturday night.  Yet perhaps I am being a little too harsh as there was a turn for the better as at the end, there were no lingonberries in the last parting shot.  Before anyone rushes over to give this place a try, I could tell you a better place for meatballs at a fraction of the cost.  It wouldn’t have lingonberries either.  Should have gone to Ikea.