The word “wheelcake” was a new one for me. 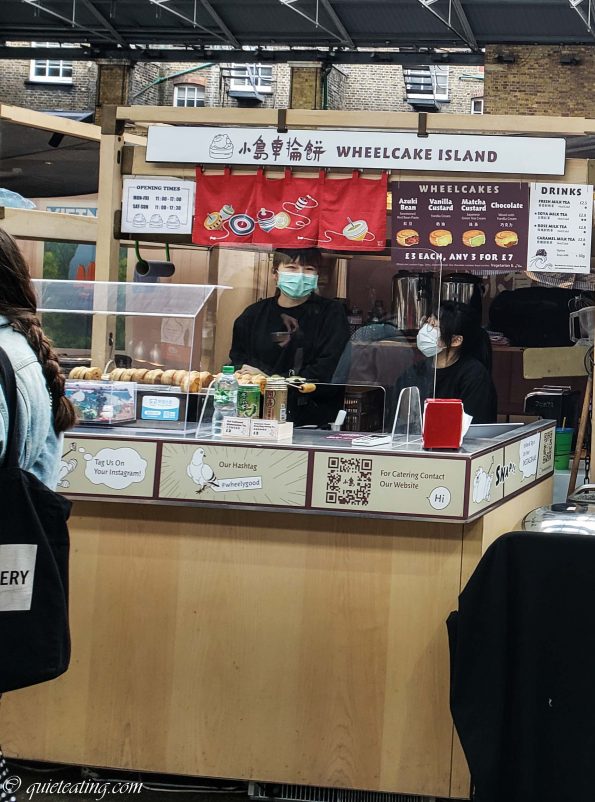 Moving away from such morbid thoughts, the gaily coloured store piqued my interest.  With the name, you would be forgiven for thinking (like me) that they were somehow related to wagons.  Perhaps they were nostaglistic reimaging to the days when Taiwanese hitchsters would make their way round the island with their wares.

They did have some bubble tea on offer too but as I’ve started to carry around a heavier burden than usual (I’m getting a bit fat), I decided to try and limit my calorie intake, at least for one day. 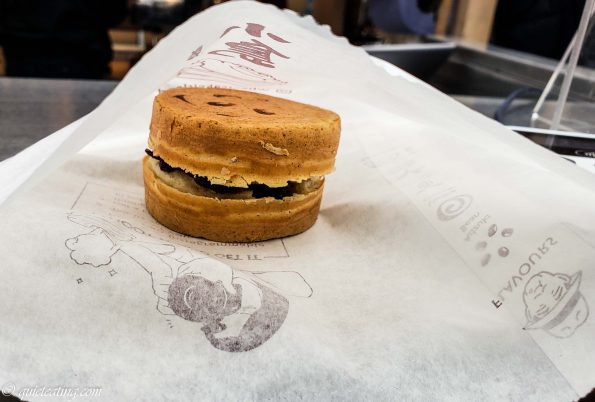 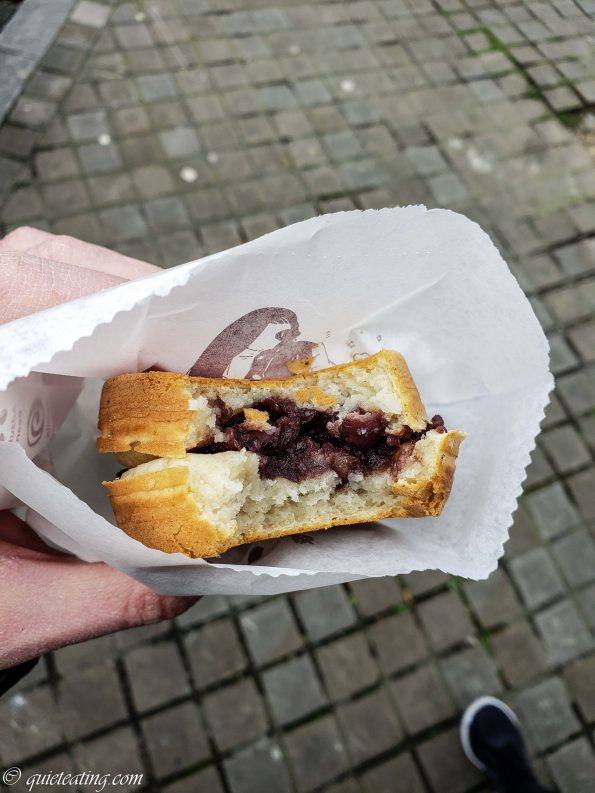 Inside.  A very crunchy outside and a gooey interior, texture-wise it hit many happy notes as the crispy batter coated treasures inside.  The next thing I noticed was the intense creaminess of the red beans.  Although I generally harbour prejudice against beans on account of my incorrect assumption that they are rather boring, I am trying to change.  This dessert very helpfully helps in this regard to overcome my unfair stigmatization of such foodstuffs.  If beans were like this, they aren’t that bad.  Although, there is a potential issue to deal with later as the song goes, “Beans, beans, the magical fruit, the more you eat, the more you…” 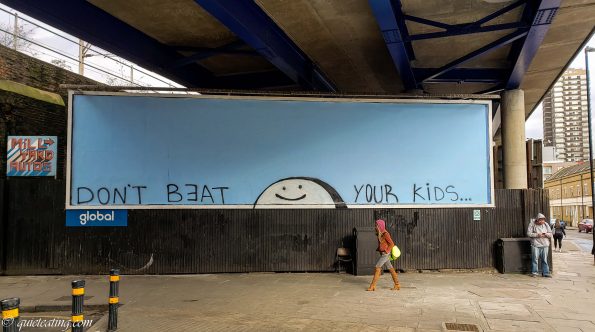 My curiousity and stomach sated, I began my walk home.  Now that I had more sugar running through my veins, I paid more attention to my surrondings.  Passing by this interesting sign, I must have beans on my mind as I read it as “Don’t bean your kids”.  That would be bad too, even if they are exessively doing too much of the latter part of that song.

A wheelcake was GBP3 excluding drinks and service.