Sometimes, I feel so very tired when people hear I love Japanese food and they say “I love sushi too!”  Maybe in the same way, if I heard someone say that they love French food, I should say “I love croissants too!”  I just feel maybe unjustifiably aggrieved by this seemingly broad generalization and think it is my purpose in life to educate people further given my eating adventures in Japan.

So, when I heard on the very reliable world wide web that there was a great Japanese cafe in my neighborhood, I had to try.  Although my first attempt to go here was disastrously cut short by an unforeseeable and altogether unforgivable problem.  Rail works…. 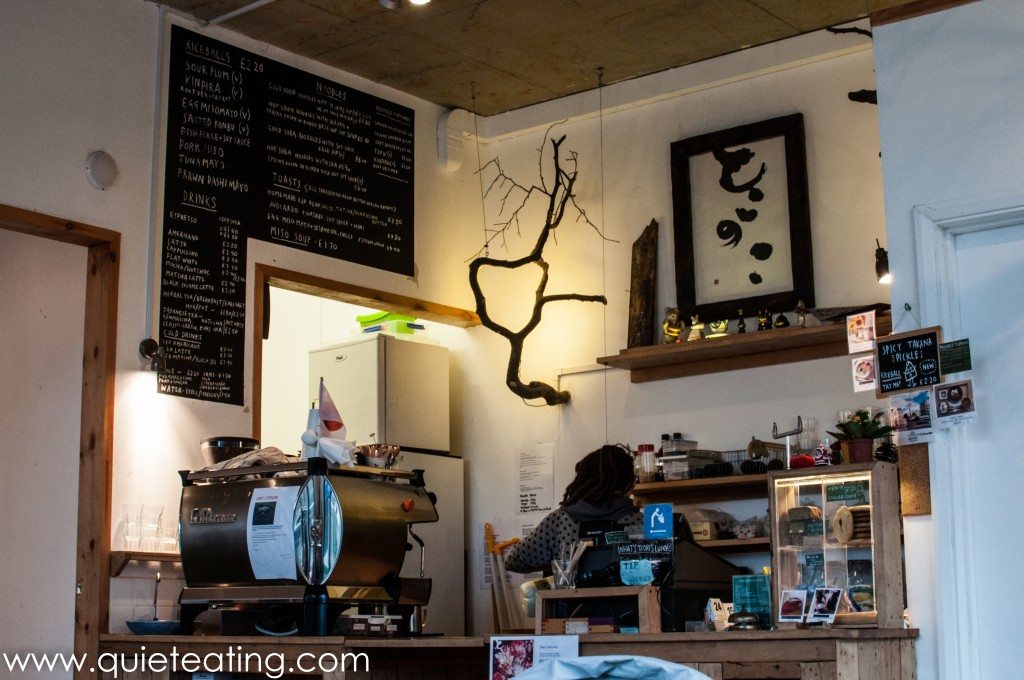 So on my second try, many months later, I spied a window in the fairly nonsensical, erratic and arbitrary plan of rail “upgrades” (seems like the major works have been ongoing for more than a decade…) and leapt at the chance.  Arriving at this little cafe, I was greeted for my troubles with a small and cosy little rustic restaurant overlooking the canal.  Perched over the bar counter was a little calligraphy spelling out “toconoco” and buntings of branches to help me calm down from commuting rage. 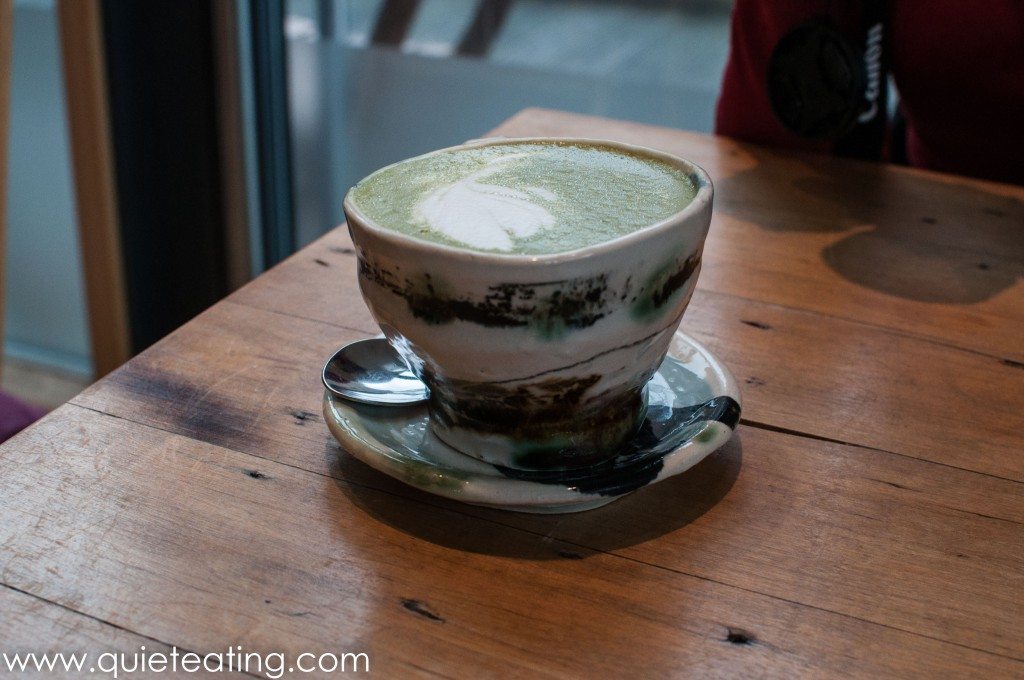 Green tea latte in a beautiful little cup.  It tasted fairly normal.  I was honestly a little disappointed, maybe because I had built myself up for months and months.  Maybe also because I was in a slightly annoyed mood because of the great lengths I had to go to just to get here. 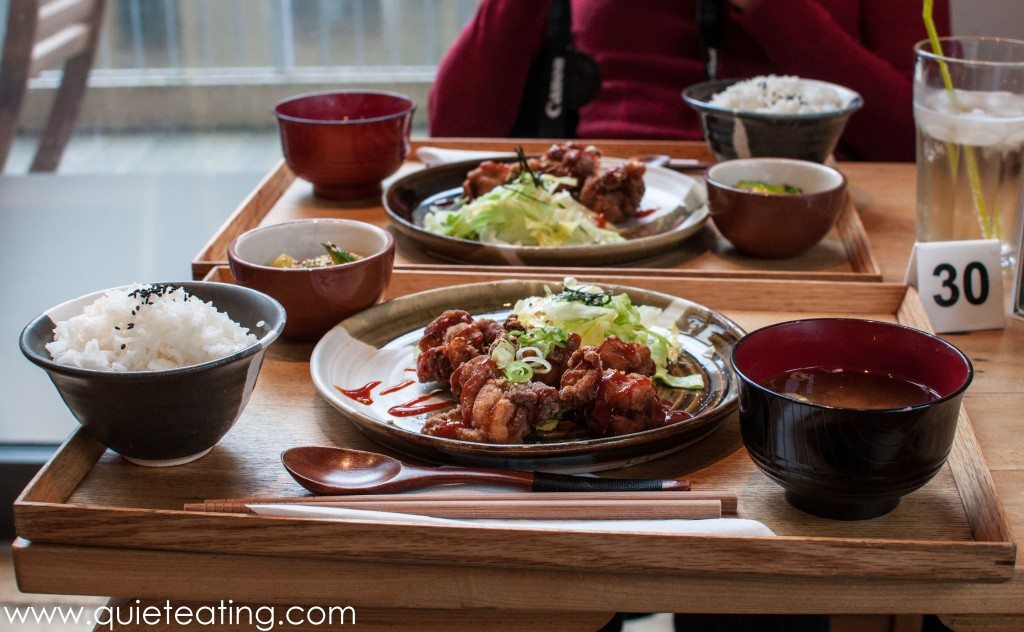 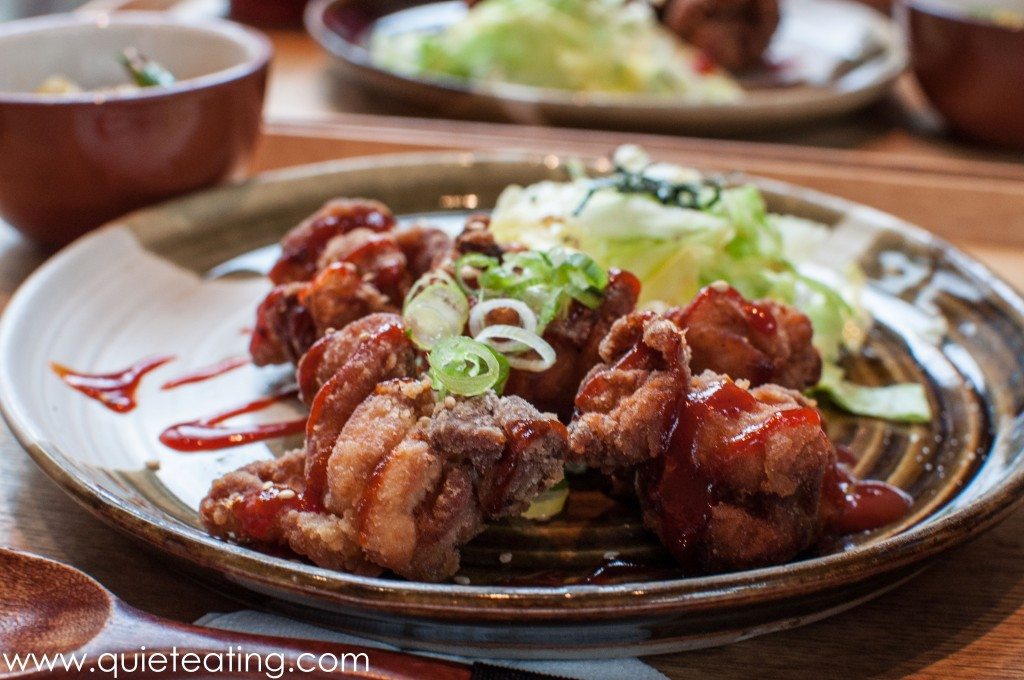 A close up of the chicken before it disappeared at speed into my stomach.  This is one of the best kara age I’ve had in London.  Lovely and crisp leaving behind all that soaking oil in the pot where it belongs, it was washed down (I ate it that fast that it seemed like I was drinking it) with the rice with goma seeds on top, the pickled cucumber and the miso soup. 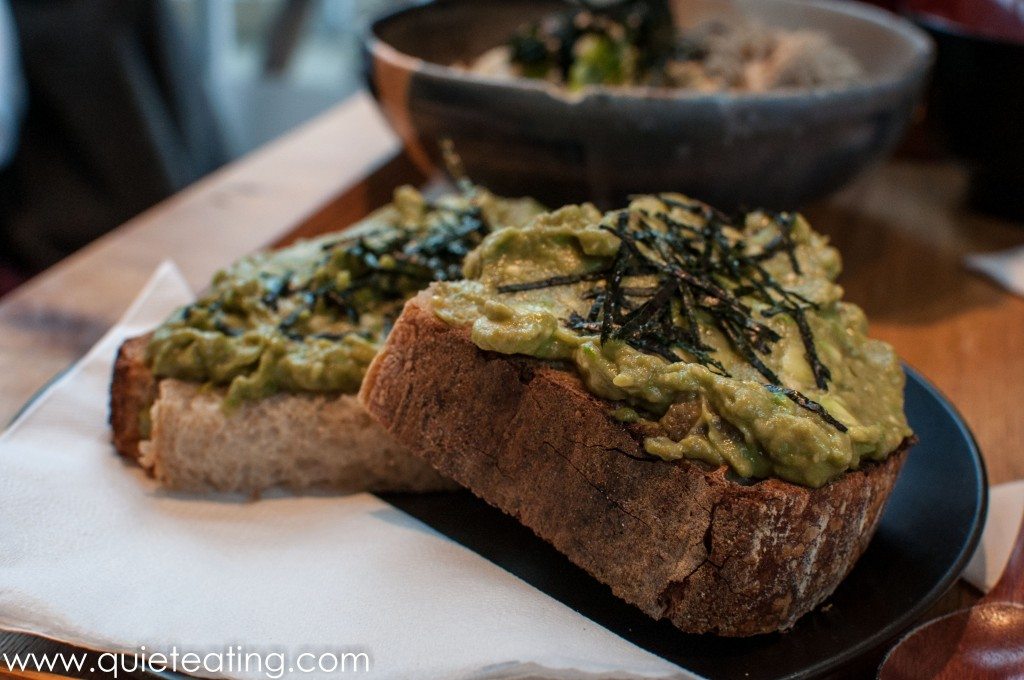 Avocado with wasabi and nori (seaweed).  After I had finished gouging myself on the kara age I thought it would be a good idea to try some of the more delicate foods now that my overriding impulse to eat everything as fast as possible had been somewhat dissipated.  The bread was delicious sourdough, the avocado was lovely and smooth, and the wasabi and nori added a welcome kick. 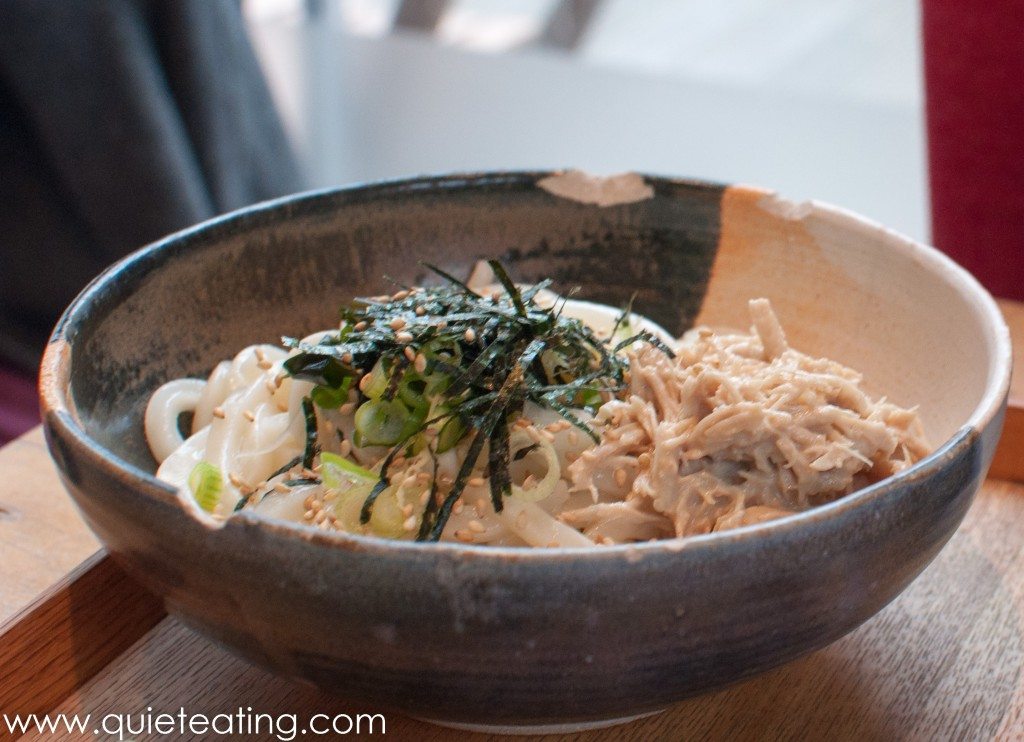 Cold udon with sesame dipping.  So, moving away from fusion food such as the avocado, wasabi and nori on toast, we next went for a very typical Japanese dish.  Cold udon noodles finished with goma, nori and negi (spring onions) topped with some shredded chicken in a light goma (I think) sauce.  Just because there can never be enough goma, there was also goma dipping sauce to finish off this dish with a bit of bite and crunch.

I do admit that my dinning companion as well as the waitress were horrified at the speed to which I inhaled my food.  Once I finished this task and was in a more conversational mood, I managed to admire the surroundings a bit more.  A calm, laid back and tranquil cafe with a touch of Japanese class in a little undiscovered part of town.  They even have a small little tatami area where you can literally take off your shoes, kick back and forget about the horrible trials of public transport.

Lunch (1.5 courses) was GBP12 without service and drinks.