When I heard the name of the restaurant where we would go for dinner, I couldn’t help but make comparisons to the phrase straight and narrow.  It is rather an ironic name given the name of the owner, Mr Ramsay who is well known for his rather unique cooking style of not wearing his feelings on his sleeve but rather in your face.

With such thoughts in mind, I admit to having rather low impressions of his pub.  Although, at least unlike my visit to his flagship restaurant, Gordon Ramsay Royal Hospital Road, I wasn’t banned from taking photos.  So that is a big plus! Although the photos aren’t so good as I am still cameraless, so am making do with what I have. 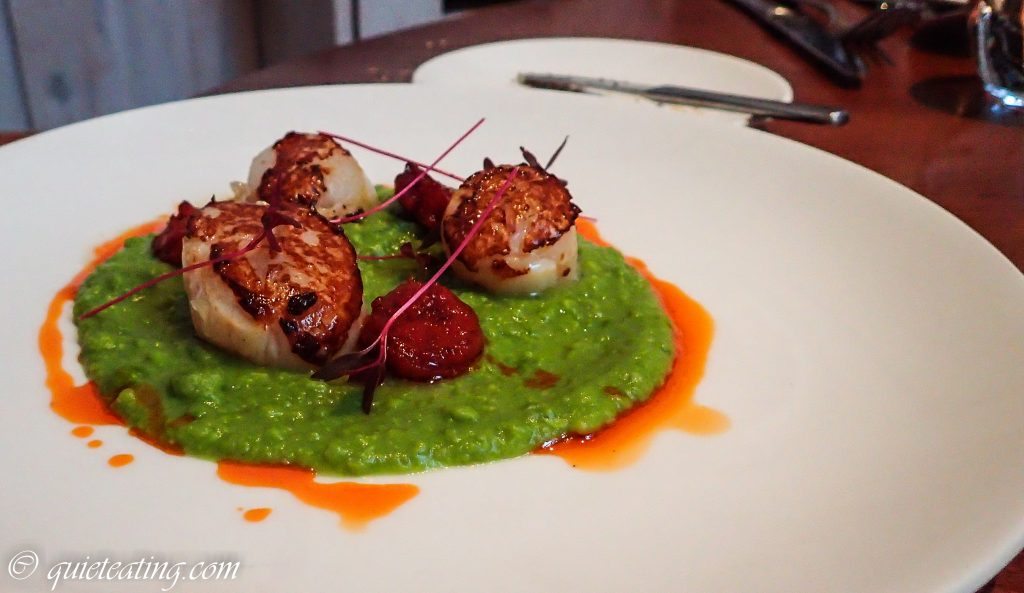 Sea scallop, pea puree and chorizo.  My friend said it was ok.  Then again I try not to draw any conclusions from the fact that he didn’t offer to let me try. Maybe he was sparing me from something. 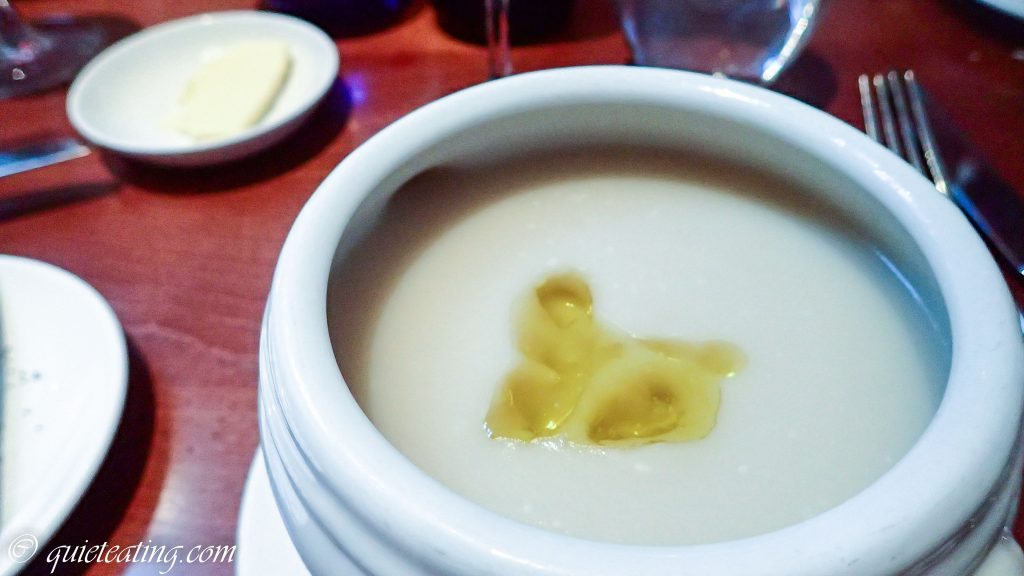 Jerusalem artichoke soup with truffle. Actually better than I expected although I never really understood how difficult it was to make Western soups.  Which is why I usually try to avoid them when I can.  I rather try something which allows the chef to show his flair. 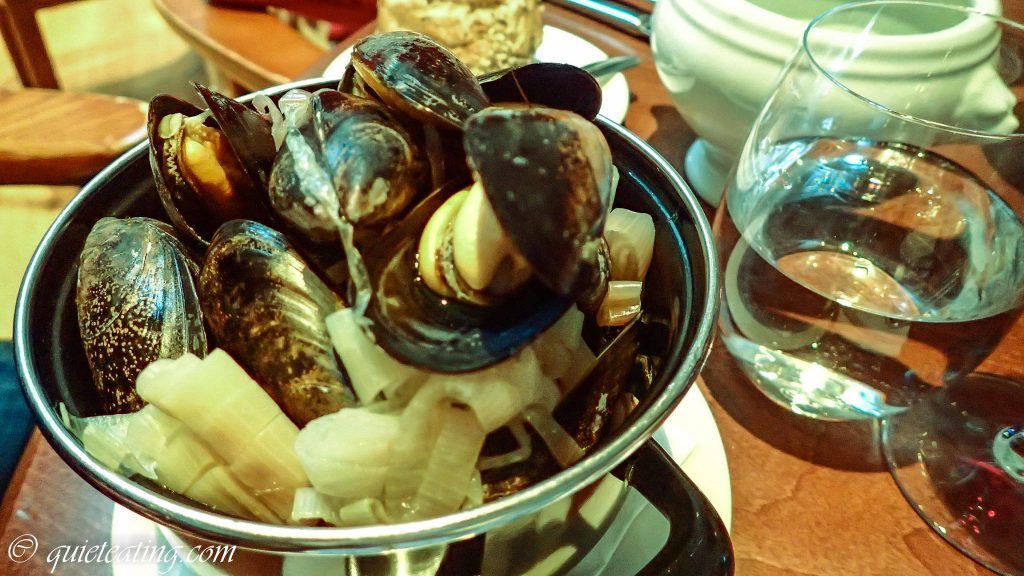 Steamed mussels with London Pride, shallots and thyme. A pleasant enough seafood experience, if a bit pricey for what it was.

These starters were slightly above average and at least helped to distract us from the wait.

40 minutes.  We started to get restless.

50 minutes.  Ok.  Time for the sarcastic quiet eater to get to work.

Waving over the waiter, we inquired if they were busy slaughtering the cow for the steak.  That might explain why it was taking that long.  Actually, we weren’t that blunt but in a typical English understated manner, we asked if the mains were coming soon as they were slightly tardy.  Eventually, they did finally arrive. 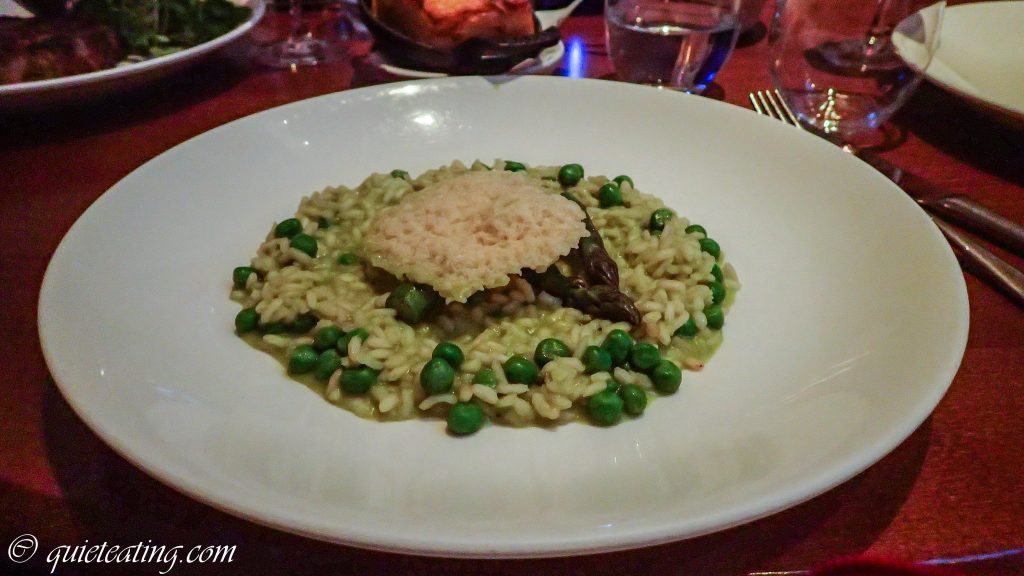 Spring risotto, crispy Parmesan and mint.  I guess the risotto could have taken that long to come.  Unfortunately, the wait was not worth it.  Although the rice grains were still springy and retained their individual shape without collapsing into a formless mass, the dish was rather tasteless and uninspiring. 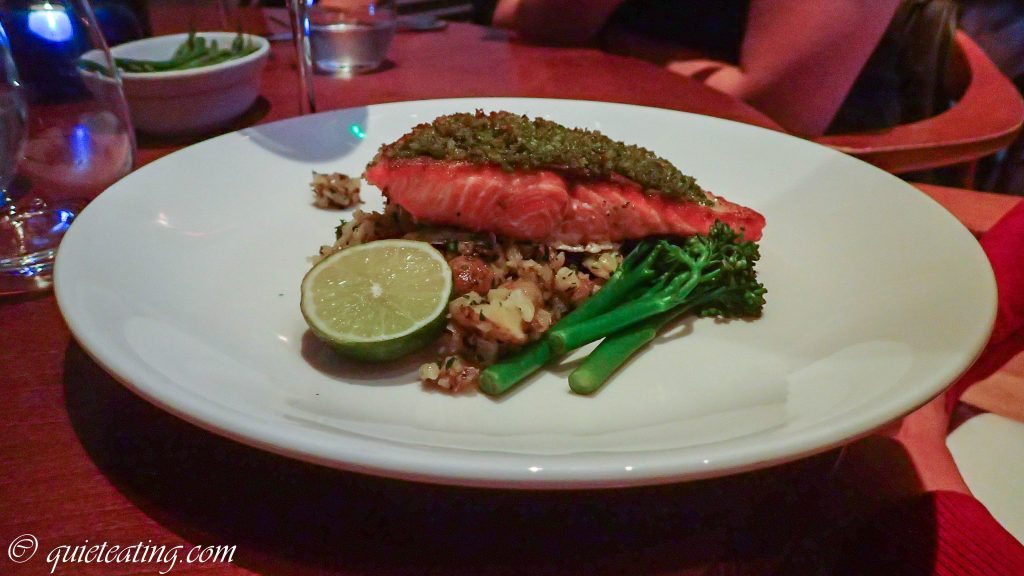 Herb crusted sea trout, Jersey royals and tenderstem broccoli.  It would have helped if they were a bit  more generous with the broccoli.  Three stems seem a bit miserly by anyone’s standards.  This dish was fairly ordinary and nothing special at all.  Average would be the kindest word I could use. 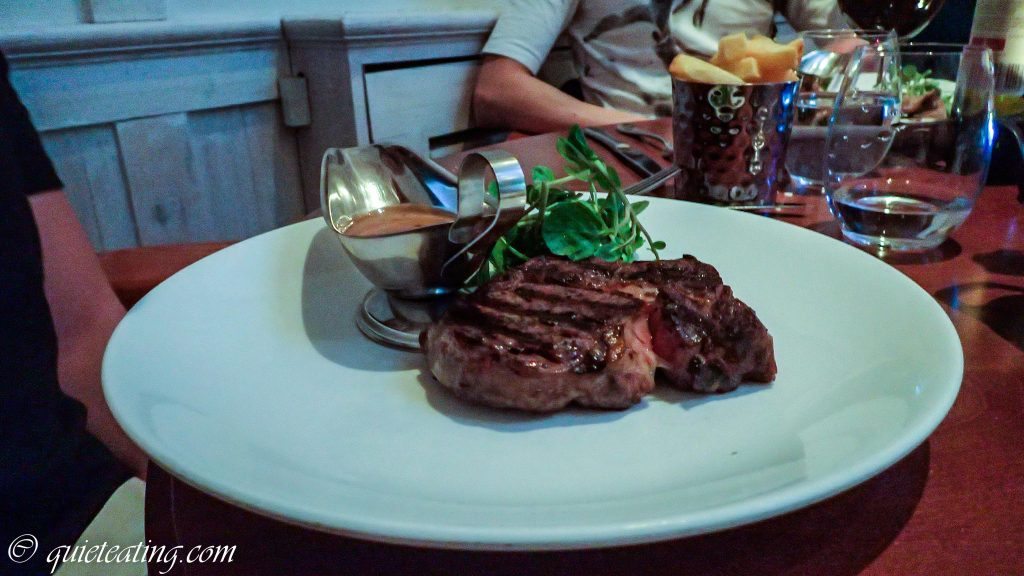 Bavette steak with chips, green beans and slow roasted shallots.  It didn’t look that good and I suspect it didn’t taste all that good either on account of my fellow diner again sparing me the agony of eating bad food. 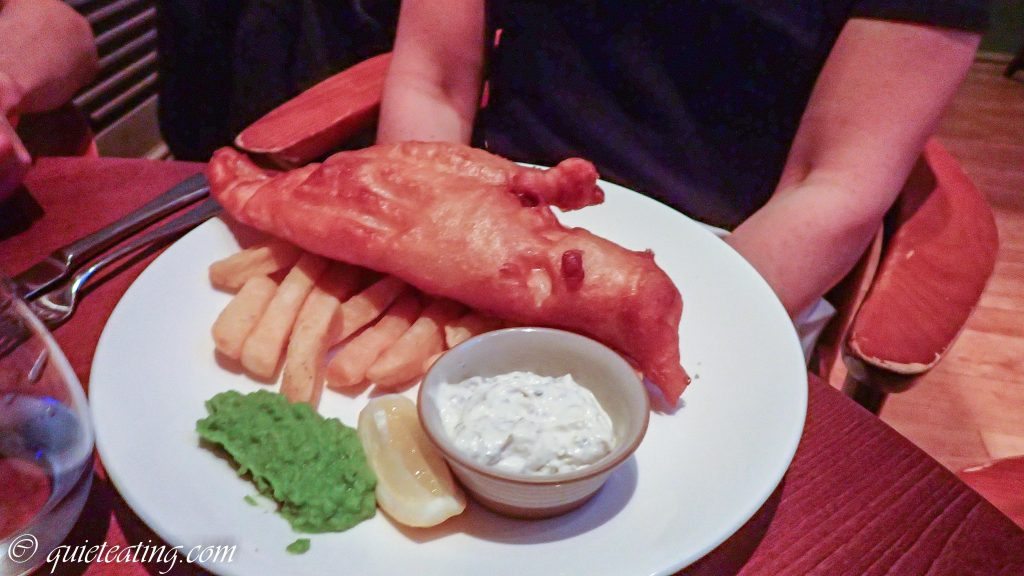 Beer battered haddock, chips and mushy peas.  Better at least with the moist fish covered in crisp batter.  Yet again, we had an issue with the vegetables.  The teaspoon serving of the mushy peas hinted at maybe an issue with the kitchen.  Maybe they were keeping a pet pig there who was munching its way through all their vegetarian produce.  At least that would explain the rather tight portions of greens. 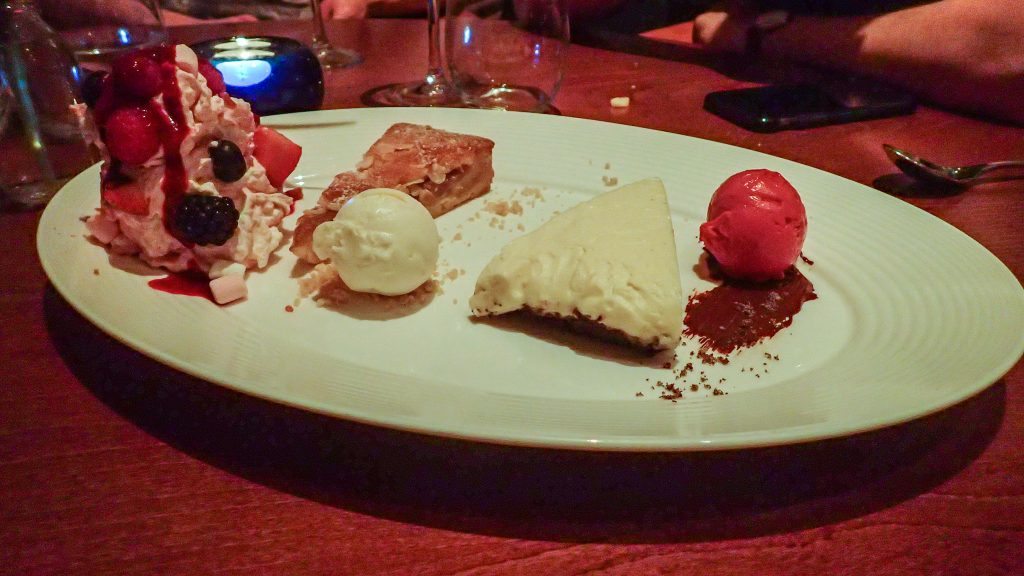 Eton mess, pear and almond tart, ice cream, white cheesecake and raspberry sorbet.  As an apology for the late service, we were offered this complimentary dessert platter.  This was actually the best dish of the meal. Although that may have been helped by comparison.  Unfortunately, it was a little too late.

I admit to having an extremely low impression as I arrived.  I left with no change with regards to the food.  Although the service was slow at the start, they at least attempted to make amends by giving us a free dessert platter by way of apology.  I could have done with the main course within an hour of ordering instead.  So, summing up, the food was average, the service slow but most of all it seemed that they were a bit tight with some of their portion sizes.  Maybe it should be called “The Tight” instead.  Now, where’s my vegetables.