Given that I am soon to visit Israel, when the word “manna” was mentioned, the heavenly version quickly sprung to mind.  This is what the Israelite ate during their wanderings in the desert to provide sustenance.  If they ate this for 40 years, it must have been pretty good.  So like many things in life, I approached this event full of hope. 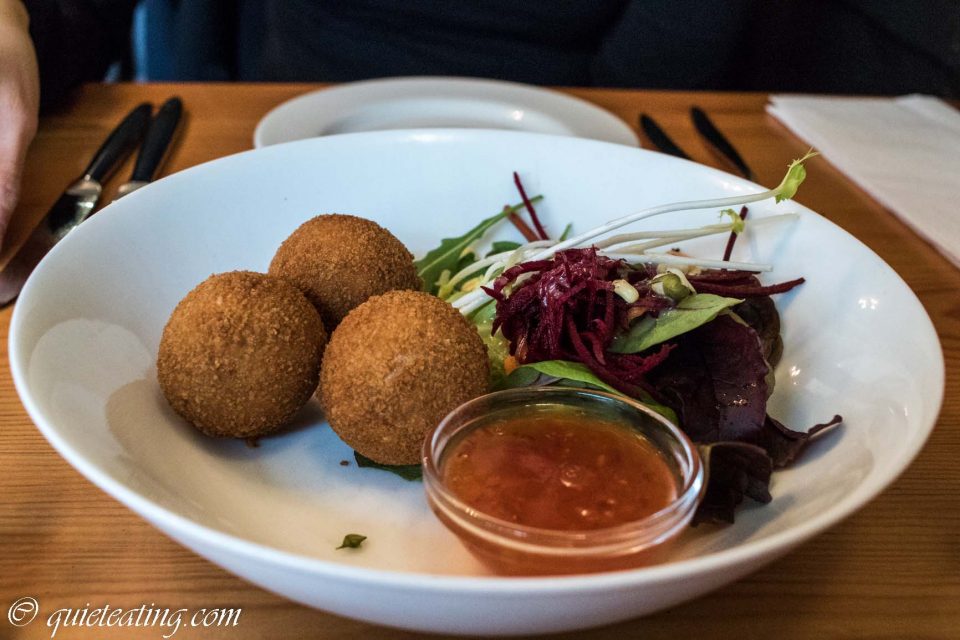 Basil cashew cheese croquettas.  These were good, if somewhat of a chore to eat.  The crust was so solid and the balls so round that I just couldn’t seem to spear one with my fork or knife.  Instead, I had to devolve to caveman implements and just grab the thing with my fingers.  If only all problems in life could be so easily solved (no references to politics here).  The inside was creamy and pleasant, although the accompanying sweet chilli sauce looked and tasted like it came out of a bottle.  Looking for more things to complain about, it would have also be nicer if they gave a few more than three. 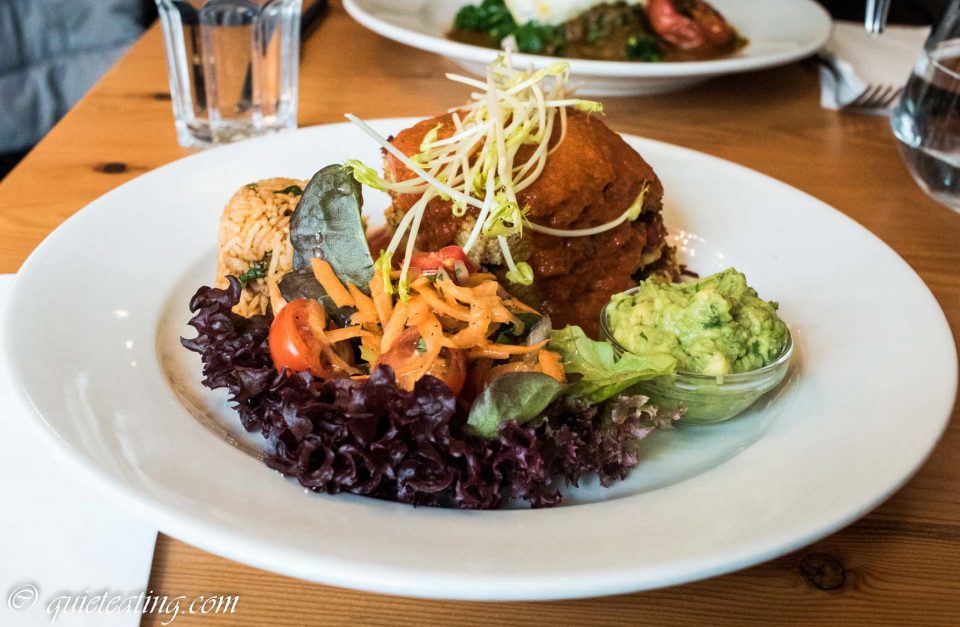 Vegetable lasagne with guacamole, rice and salad.  A decent dish with creamy beans, firm pasta sheets, melted cheese and fresh greens.  Something that was quite pleasant.  Was also great that it was easy to carve, didn’t have to use more energy to get the food to my mouth than I would gain from eating it.  Lack of calorie deficits are a good thing for a growing (horizontal-wise) boy like me. 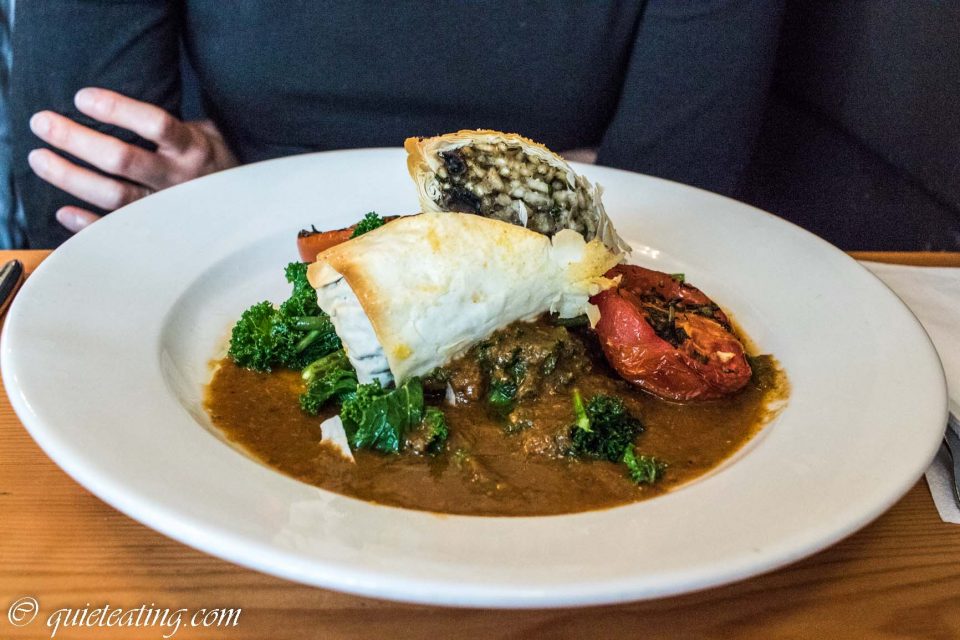 Mushroom and garden pea strudel.  I’ve never had pea strudel before but mixed with the mushrooms, it was rather good.  All dressed up nicely with plenty of naturally bright colours underneath, I think it is what you call a healthy dish.  Better looking than the uniform brown that great tasting (but often oily) food displays are.  Despite my usual aversion to things that promise abundant nutrients but rather less pleasant tastes, this was not bad.

Hope is a funny thing.  Too much hope seems delusional (again, allusions to the current political climate are purely coincidental).  Yet, hopelessness is bad too (lack of motivation is not a reference to current politics).  So although the food was decent, the price for that was less so.  Kind of had a sting in its tale (again, parallels to the current UK process are somewhat unintended).  However, I guess maybe I should be grateful.  At least nothing bad happened to me and there was plenty of manna to go around.  Now, if the same could only be said about the UK government (I’ll stop here as I’m sure you know what else I might say).