I know that it is the dream of many people to receive public acclaim.

What better way to achieve this than to have your name splashed all over the city? Then again, it is helpful to have a name which is conducive to such treatment, like Ronnie, Gordon or Jamie.  Joel Robuchon is a bit of a mouthful.

I’ve been to the Joel Robuchon restaurant previously but never tried the cafe.  The restaurant was decent but not mind-blowing. 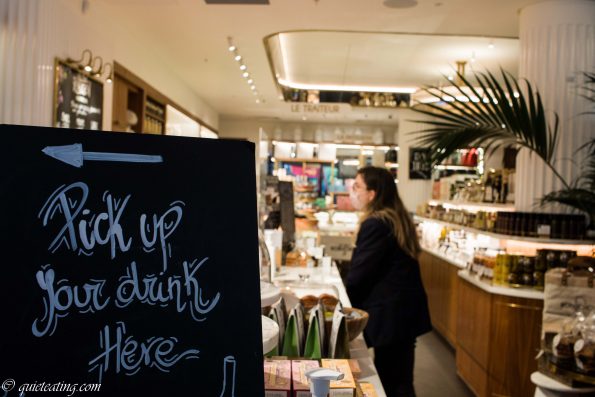 Although some might accuse me of drinking too much coffee, this was a commandment to “pick me up” and have a drink.  So I did. 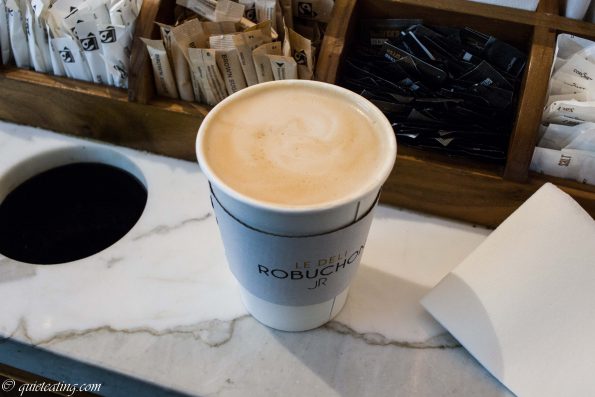 Latte.  Although the cafe was a bit cramped, it was straight across from Green Park.  So that’s where I went to enjoy this.  As for the coffee itself, it was creamy, light and rather nice.  One of the better ones around the area for about the same price.  The cafe did have some other delectable treats which did tempt me but I was feeling strong this day.

Perhaps one day I could dream of being famous enough that I could call a place by my first name and everyone would know that it was THAT place.  That is, as long as it was for the right reasons.  No comments on Gordon, Jamie or Ronnie here…

A coffee was GBP2.80 excluding drinks and service.