I freely admit to being an uneducated peasant when it comes to Indian food.  I don’t know my rotis from dosas and I have no idea what a hopper is.  I thought it was some game that little kids used to play.  Where you would have to hop, skip and jump into squares drawn on the floor.  Punishment for failure to adhere to these rules would depend on the locale of the school.  Where I was, it was verbal abuse but I heard that elsewhere physical punishment was more readily available.

Thankfully I’m older now and so a bit harder to smack with impunity.  I could at least retaliate with piercing rhetoric.  Although in the case of bad food, I express my displeasure through raining verbal abuse on establishments through sardonic reviews. 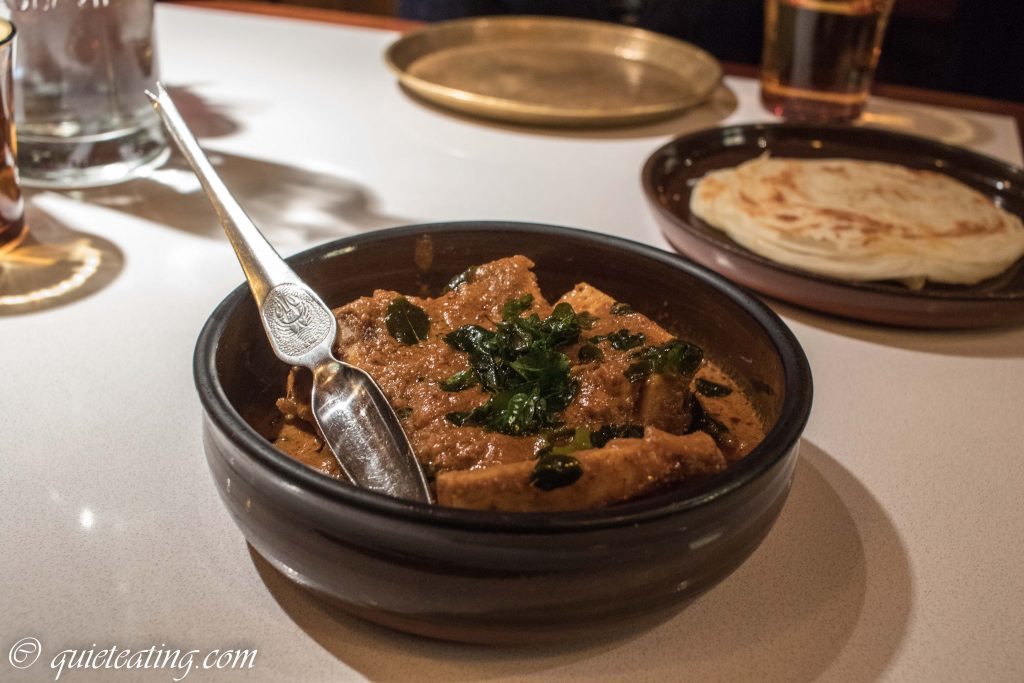 Bone marrow varuval.  This dish really piqued my interest.  Not exactly something that I had been expecting from Indian grub.  So curious person that I was, I had to try this, a little curiosity never hurt anyone even if it did kill the cat.  My daring in this case paid off as the varuval was excellent.  The jelly like bone marrow was rich and creamy and mixed with the sauce to produce a stunning dish.  The only issue was that it was too quickly gone. 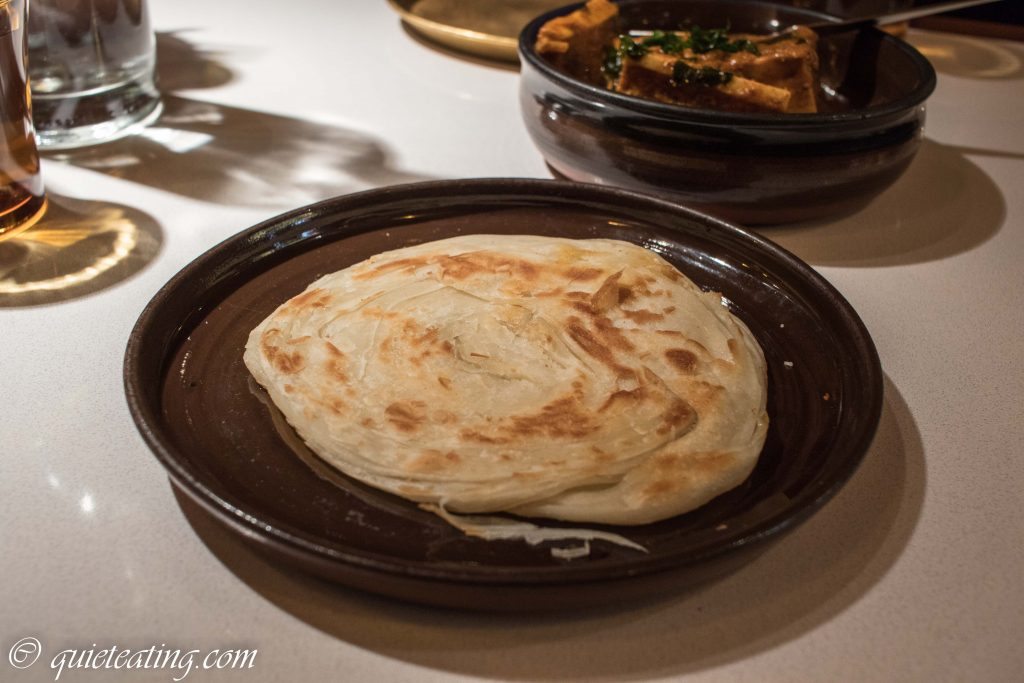 Roti.  I have eaten a lot of roti in my day.  A particular love during my trips to Malaysia, I was known to have 6 for breakfast; greedy boy that I was (am).  The light, browned, flaky and delicious roti brought on a walk down memory lane of gluttonous days gone by. 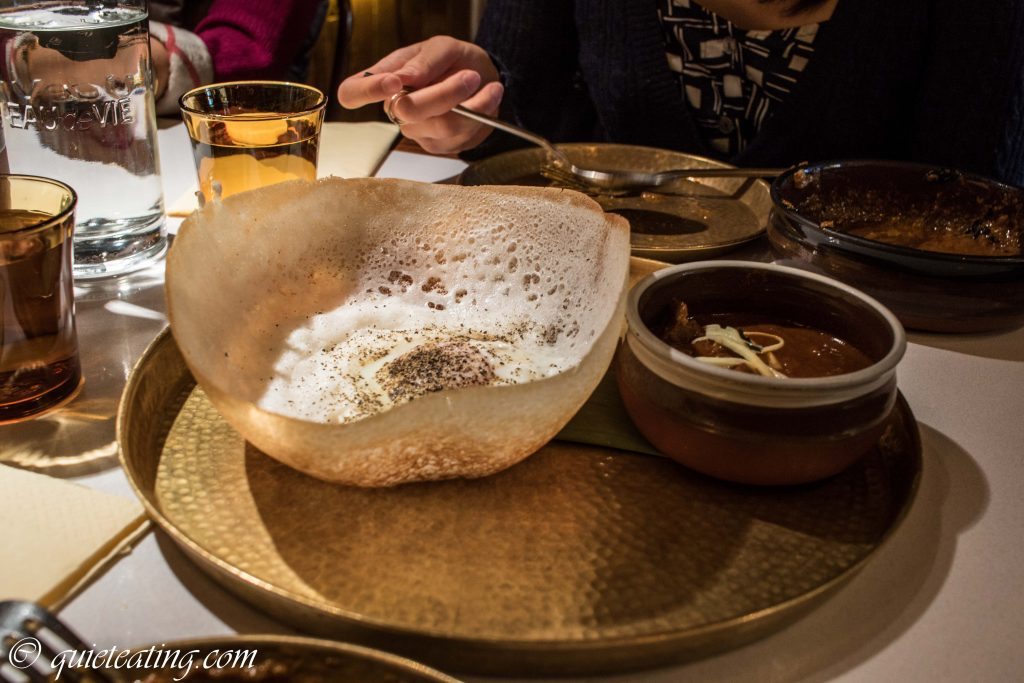 Egg hopper with lamb kari.  With a rich egg yolk in the middle, this signature hopper dish was fascinating.  It was almost as if a ramen soft boiled egg had been translated into Indian with a side of deep and rich lamb curry to go alongside.  Definitely something to savour and enjoy. 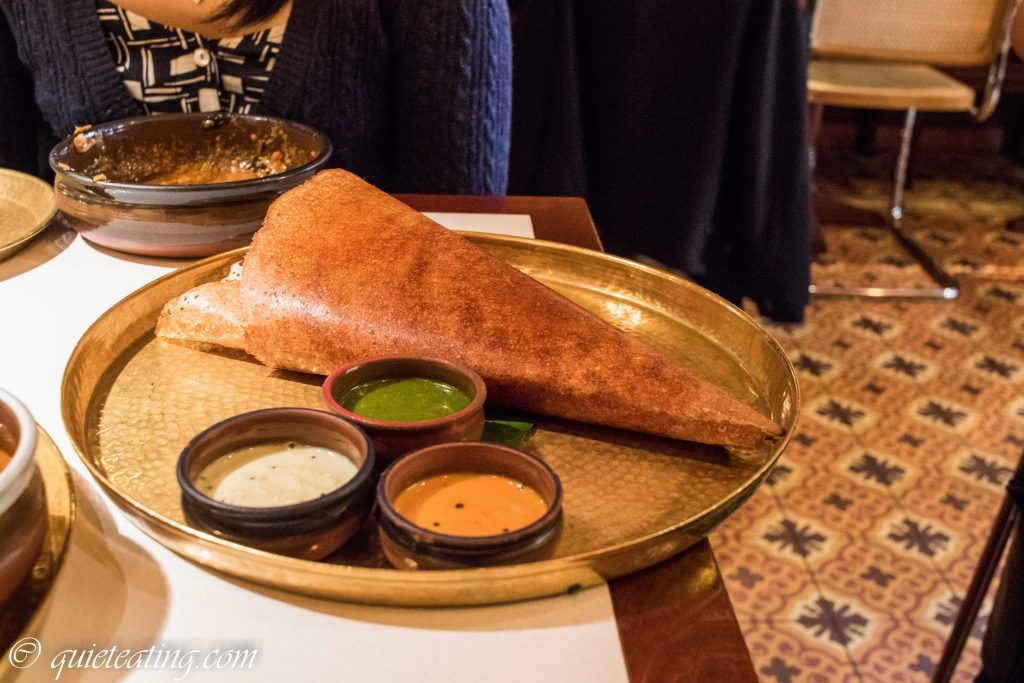 Podi Dosa with Coriander Chutney, Tomato Chutney, Coconut Chutney.  Another first for me, this Indian pancake confused my brain mightily.  My mind thought that pancakes are supposed to be sweet, not savory.  Although my dining companion loved it, in my brain confusion, this just wasn’t for me as I was too busy trying to make up my mind about what this was to appreciate the taste. 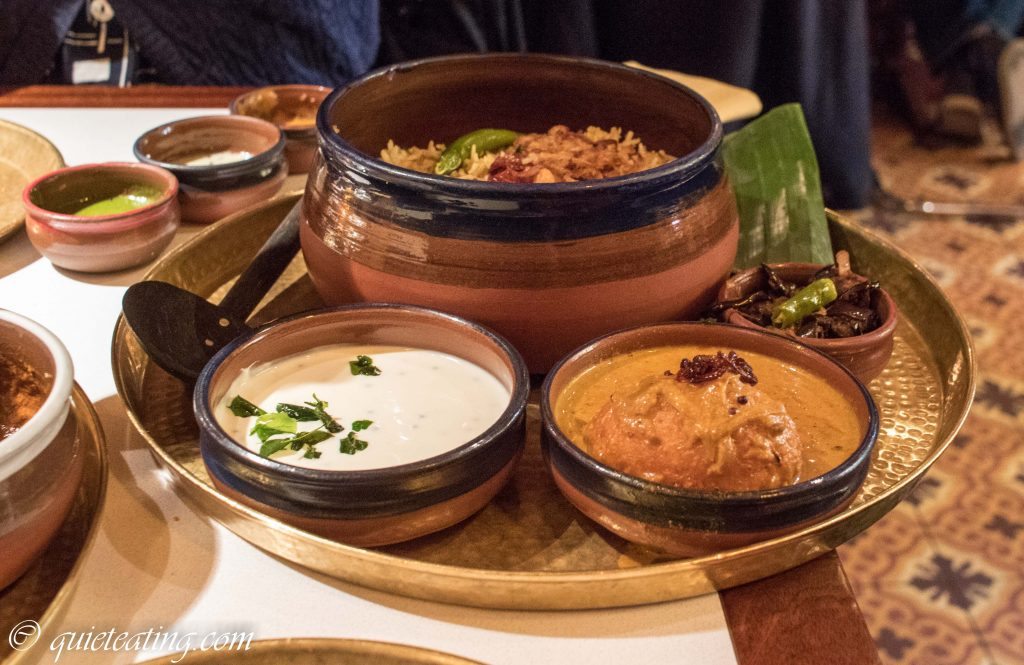 Buffalo Buriani, Duck Egg Kari, Yoghurt, Brinjal Moju.  This was to be the most expensive dish of the day.  Yet, also unfortunately the most disappointing.  Not that it was bad but rather unassuming.  The buriani seemed to lack the deep and rich flavour I have had from biryani gone by.  Although the side dishes were good, they were unable to compensate for the main event.  In any other eatery, this dish would be decent but with so much better to choose from, I thought that I might have made a mistake picking this.

After a multitude of sterling reviews, I arrived at Hoppers with unrealistic expectations.  I left with unrequited love for Indian food, I still loved it but it didn’t seem to love me back as much.  Hoppers is a welcome addition to fight the unimaginative Brick Lane restaurants with their braying crowd of touts trying to tempt you in.  So, very sadly,  it stumbles short of greatness.  Reminds me of my own cooking attempts.