I learnt a lesson today.

No, it wasn’t an epiphany about how great I am.  Neither was it realisation of what a great job this government is doing in the current crisis.  These should both be self-evident.  Instead, it was about how important the head chef is. 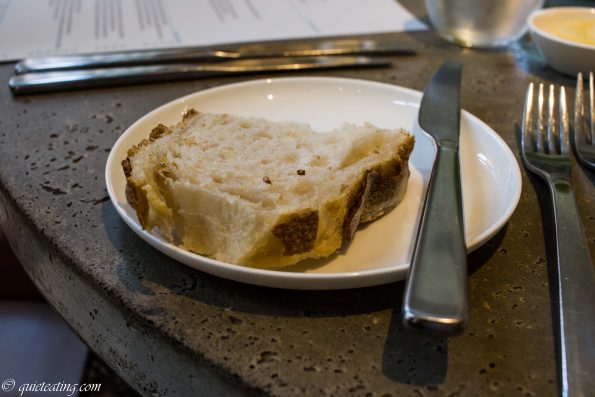 Sourdough.  Seemed to have a problem.  Not that it tasted of something bad but that it didn’t taste of anything at all. 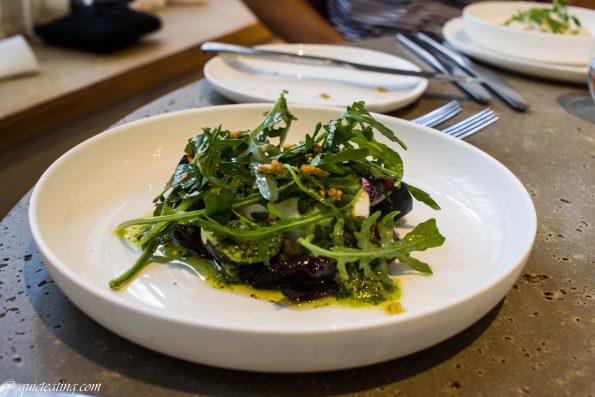 Salad of new season’s fig, rocket, red onion and burrata with balsamic vinegar and olive oil.  Didn’t really hit the spot as it seemed to be am amalgamtion of pretty leaves with some oil drizzled on top. 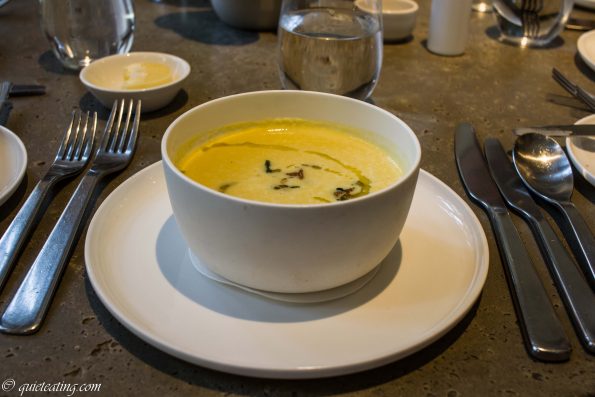 Sweetcorn soup with Scottish girolles and roasted almonds.  Creamy and rather good.  The smooth soup with girolles and hidden almond crunch inside was quite good.  Sadly to be the best dish of the meal. 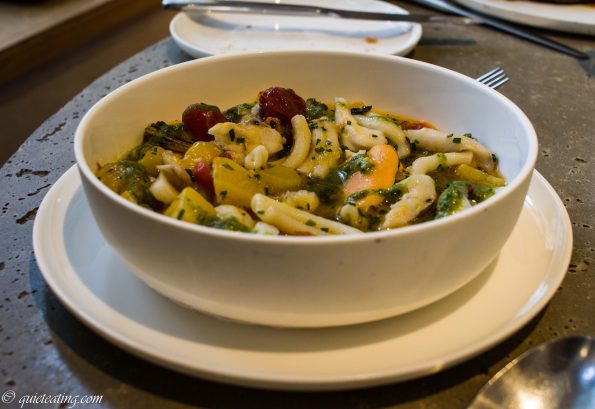 End of summer minestrone with mussels, cod, tomatoes, courgettes, basil and garlic.  A main course.  Seemed rather sad as it seemed like a serving of strained ingredients of soup.  Without the soup.  All that lovely flavour leeched away.  Maybe they could have called this end of the line instead… 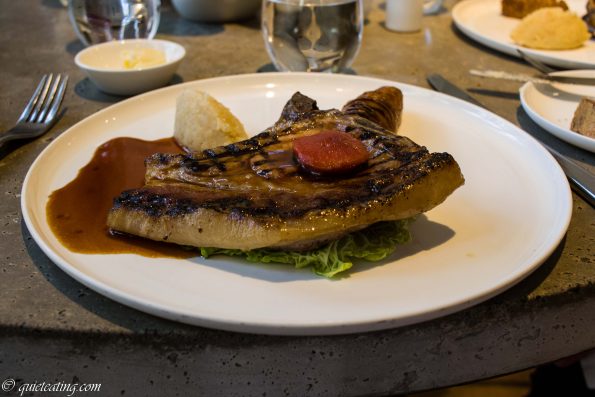 Cumbrian pork chop with crushed celeriac, hasselbak potatoes and sweet and sour plums.  Rather strange.  With such a fat piece of fat (I’m so clever), it was strangely overcooked.  Despite the char marks, it wasn’t burnt (too much) but definitely far beyond cooked.  Quite an achievement.  The potato was good though. 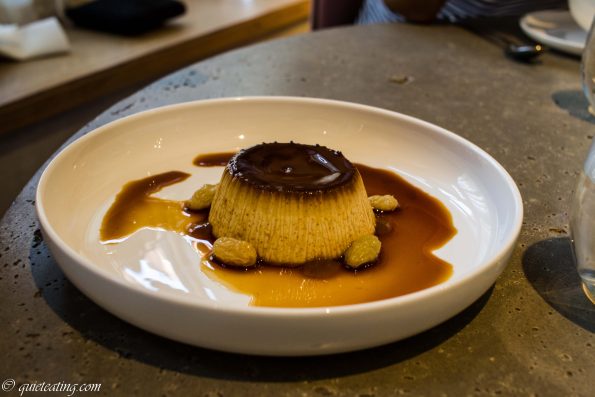 Sauternes creme caramel with golden raisins.  Ok, I guess.  Although the raisins looked a bit forlorn.  Reminded me of flan with sauce slopped on as an afterthought. 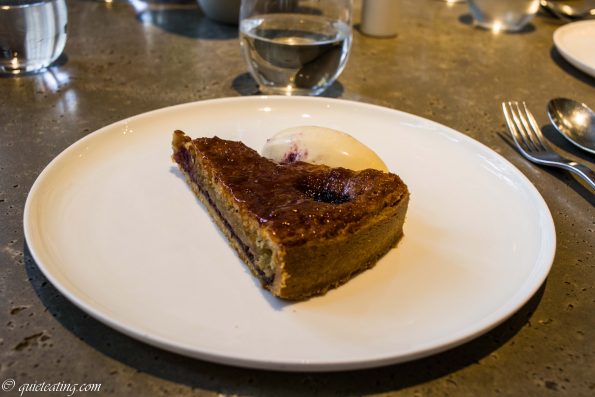 The atmosphere was nice.  The surrounding houses let me know what it would be like to live with money.  The disappearance of Phil Howard made itself felt though. Just as his absence from the Square also heralded something going downhill.  If food like this is the price you pay for grand facades to houses, high end shops and well-dressed residents, give me somewhere that is opposite but something good to eat any day.