Chicken scallopini and an almond tart

There is a certain stillness to life that I hadn’t really appreciated until now.

With enforced idleness being a bit of a thing, on the weekend when I open the window, silence greets me.  No cars, no trains, no people chatting as they go by.  With such a dearth of noise, I almost glance around looking for the tumble weed to roll by.

Yet, being locked at home encourages training of other skills.  Like making food instead of just eating it. 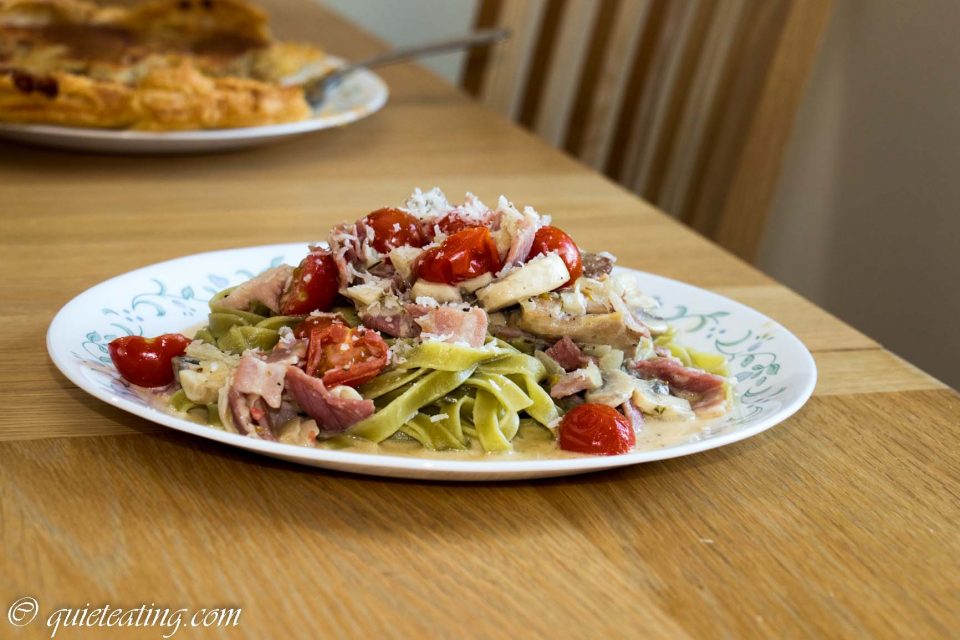 Chicken scallopini, chicken, bacon, onions, garlic, baby tomatoes, mushrooms in a cream sauce.  Bacon and chicken with cheese.  A meat lover’s dream.  Add on this cream and it only gets better.  However, it is the last element, sharp almost tart flavours added by the baby tomatoes which sets this all off in the right way. 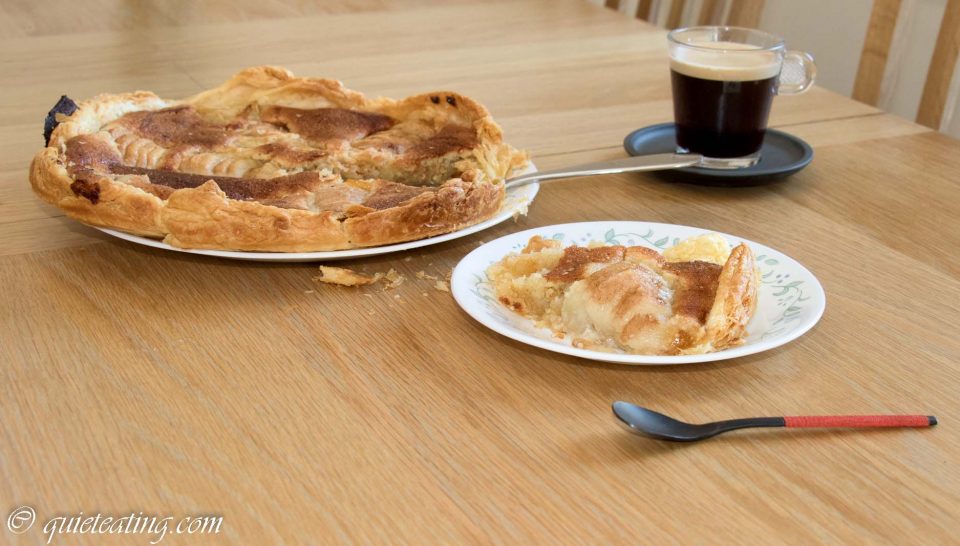 Almond pear tart with icecream and an espresso on the side.  Crispy base and crust, delicate pear inside, fluffy almond filling, the sweet (but not too sweet) tart goes excellently with coffee.

Although I miss the sounds of the city, silence has its benefits.  It makes me brave.  Before, I was a rather cautious cooker (if not eater) and would stick to things that I knew or at least had a familiar strand to it.  Now I have baked five items which is a many hundred fold increase over my previous record.  It seems that baking the sweet stuff really isn’t that hard, you just have to follow the steps somewhat rigidly.  Although, in this I have benefited from the warning that ad lib adjustments to baking procedures can go horribly wrong.  No comment here as to current government policy, you just have to stay alert and everything will be ok…

Greater experience also helps me in other ways, it prepares me for when I return to eating.  Now that I know that it isn’t really that hard to make a puff pastry, a sweet crust, an almond filling, I think I may be slightly more critical when eating out becomes a thing again.  I do enjoy being an armchair critic and perhaps now I will be a slightly less hypocritical one as at least I have tried to add to my repertoire.