Home has an advantage I have never really thought about much.

It let’s you take good photos.

Now I think most people may think that nice photos just come from nice (expensive) cameras but it really isn’t as simple as that.  You have to get the angle right, the correct camera settings, the lighting, the placing, the arrangement and persuade that eye sore to get out of the photo.  Most importantly you actually have to have something worth photographing.  The last bit is probably the hardest.

Looking on the bright side of being forced to spend time critique my own food (although it is less enjoyable to make fun of oneself), I now have much more time to prepare and position my food.  In comparison, in my restaurant reviews I would have little time to prepare for my photos as I would usually be harried along by my fellow diner(s).  The problem being that although would be patient, some would be less so.  So I learnt a quick snap (5 seconds or so per dish) was about the limit that hangry people could endure without chewing their napkin, the table or my arm.

So instead I choose to see that my life has changed for the better (in some ways).

Now that I do not to spend hours commuting for culinary delights, I could spend that time making elaborate preparations my food and photos instead.  As my previous post was about some Chinese seafood dishes, here it the more meaty end of the stick. 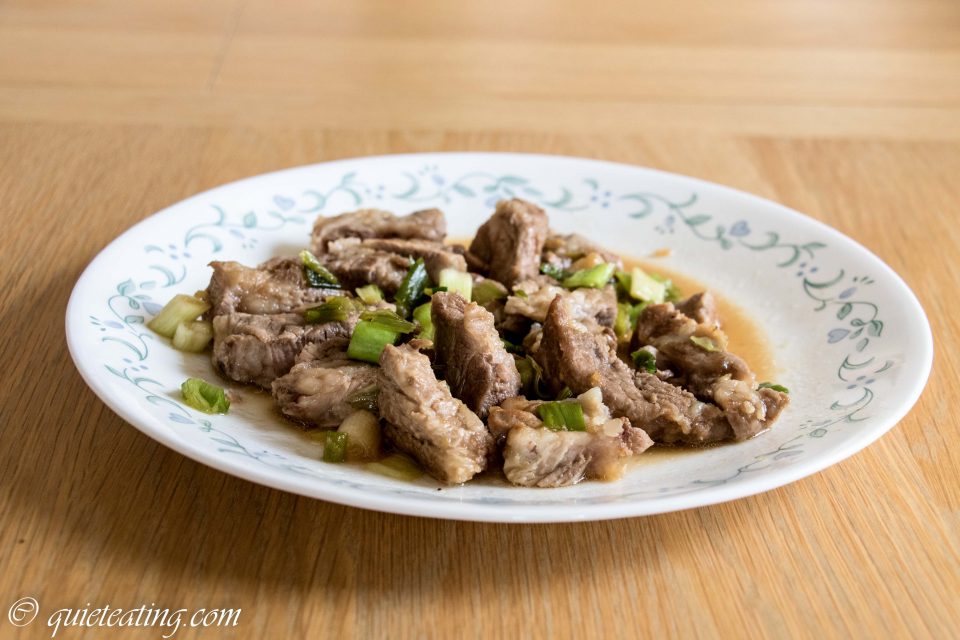 Ginger pork with green onion, ginger and garlic in light soya sauce.  Succulent and tasty.  There is a secret to making the seasoning soak into the pork and its tender texture.  I bludgeon it to death.  I have a big evil looking hammer which has dual use disciplining little children but is actually designed to pulverise meat.  It makes food much more compliant and taste better. 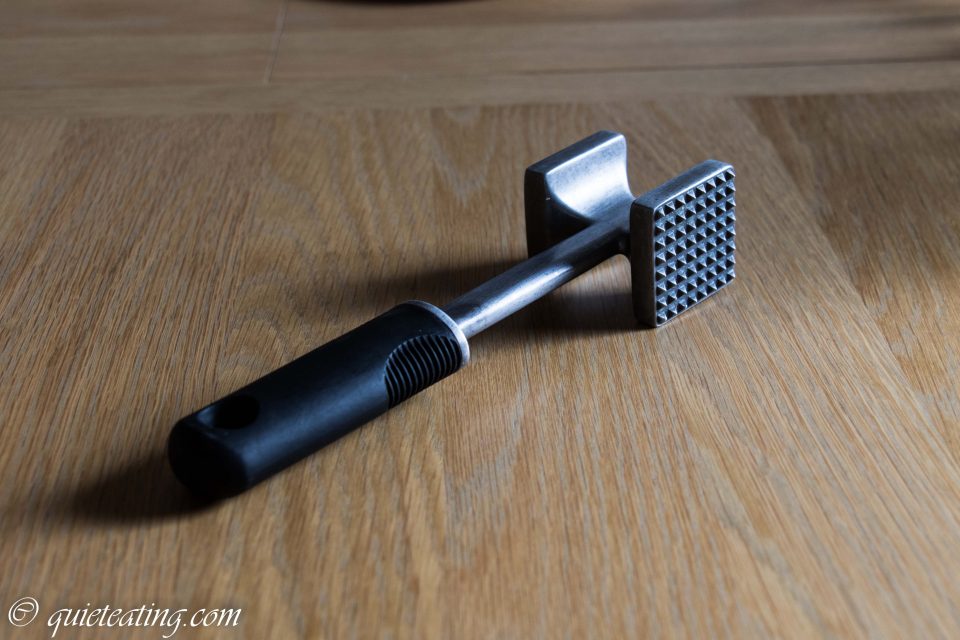 The pulverising instrument.  Through personal experience (a waylaid strike that landed on my hand), the spikes helps to create greater surface area and push the marinade into the meat and they can last for a decent amount of time.  Long enough for the marinade to permeate deeper into the meat. 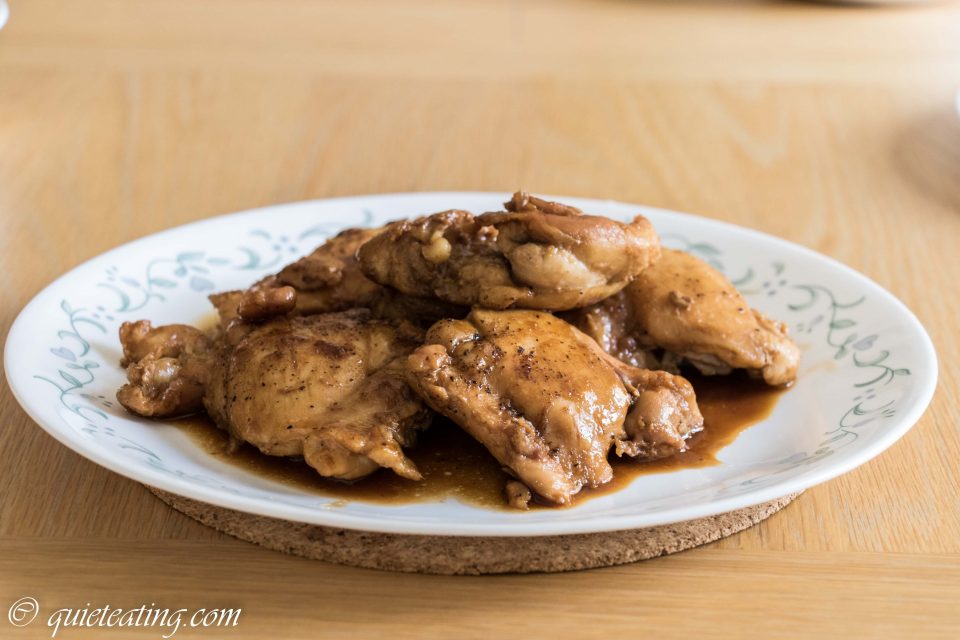 Butter shoyu chicken.  Chicken on the other hand is not subject to such treatment/torture as I find it somewhat ineffective.  Cooked in soya sauce with a dash of mirin and sake, I finished it off with a generous dollop of butter to give a smooth taste and flatten on the spiky notes of the soya sauce.  To seal in the taste, the chicken is carefully pan fried and seared and for this operation I have the assistance of another kitchen apparatus that enables more delicate work.  The humble tong. 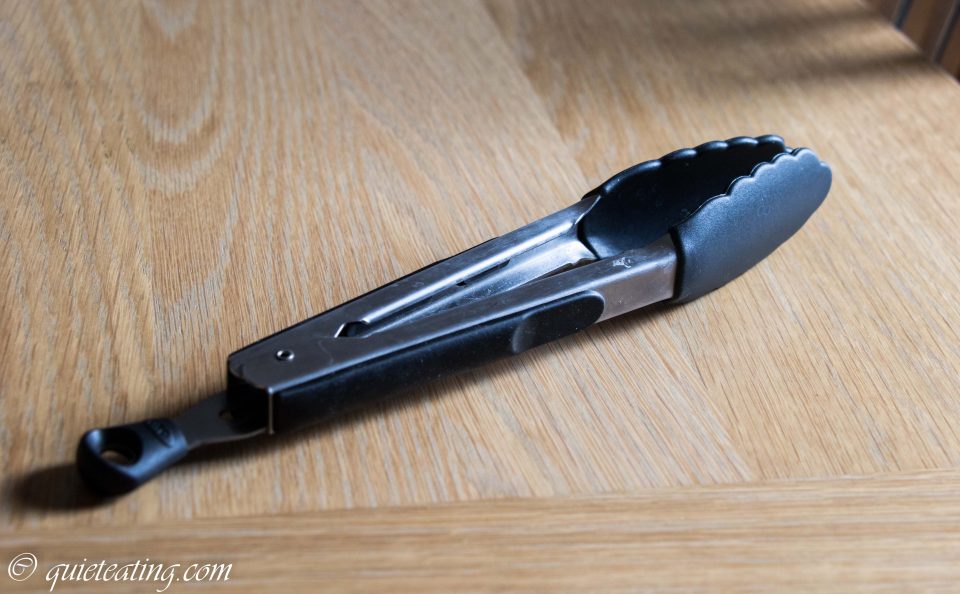 Precision instrument.  It can also serve dual function in helping to nab kitchen helpers who have a fondness for going AWOL.  The other dishes below do not require any atypical equipment to prepare. 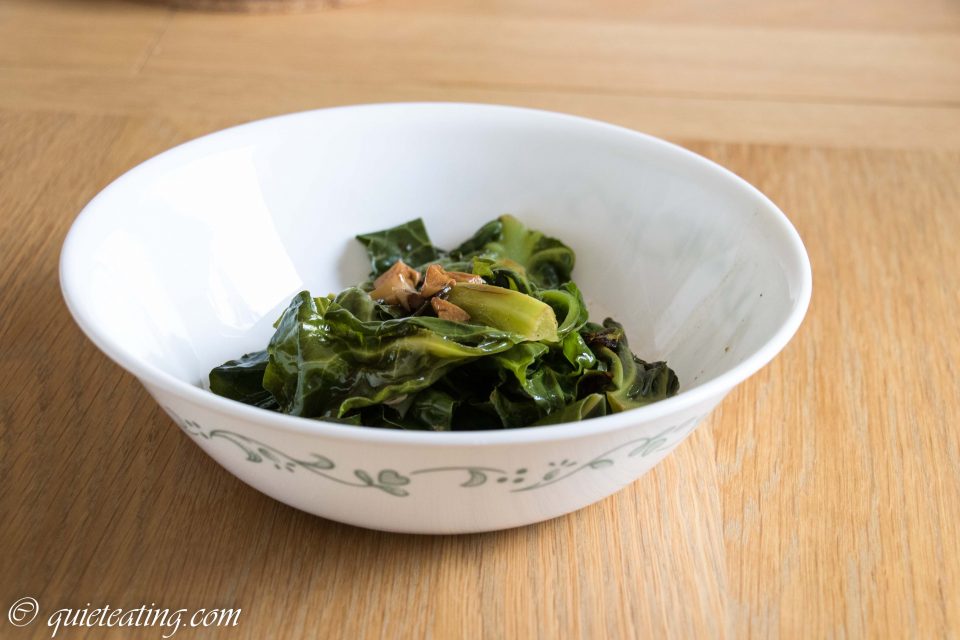 Wok fried spring greens with garlic and soya sauce.  Something more mundane, are some obligatory vegetables to make the meal complete.  As I find it hard to get excited about such leafy foodstuffs, a little bit of garlic goes a long way to making it more pleasant.  Acceptable. 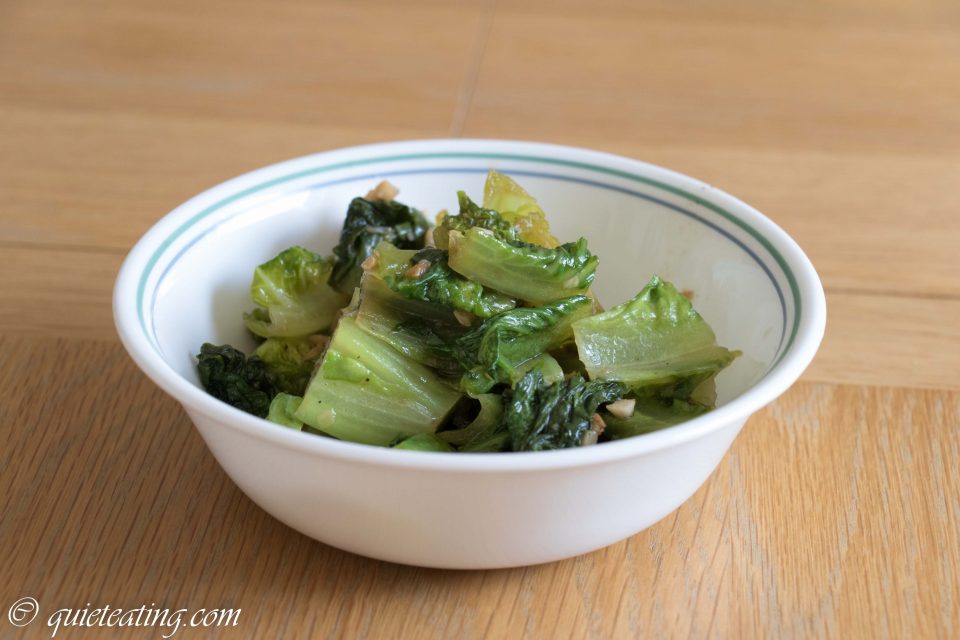 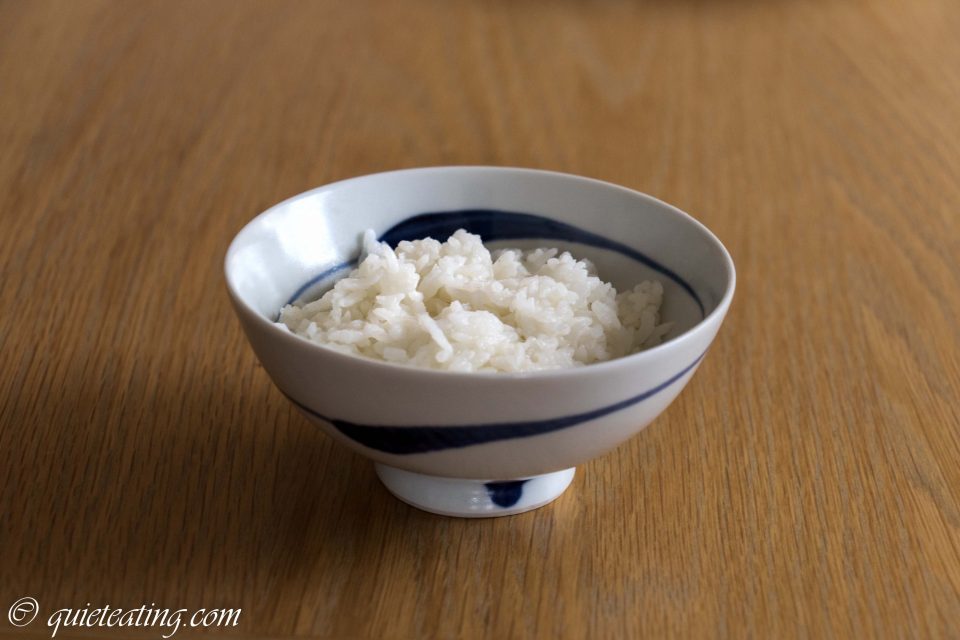 Jasmine rice.   From the rice cooker I waxed lyrical about in a previous post.  In a delicate bowl, this is a highlight of my meal that in other places might be quickly forgotten.  I know there are many excellent pasta places opening up all over London but perhaps someone could think about opening up a rice place?  Sometimes I dream about such places in Japan where the focus was on the grains.  Those were heady days of eating…

As I munched my food, I though that there is another benefit to being stuck and home and forced to cook.  It lets me take out some of my angst on the food in these days when movement is constrained and I can’t let out pent up angry/energy at my favourite cafe/pop up/restaurant.  Instead, this is a more socially acceptable way of letting it all out as I don’t think it would be good to hold a living thing with my tongs while I proceeded to bludgeon it to death.  Bombastic and irresponsible language is one thing, actions are another as I make sure there is no disinfectant in my food!