To use an oft repeated phrase, words can do many things.  When used to describe objects with particularly flowery and flattering language, it can make them seem better than they actually are.  In the alternative, disparaging and somewhat delinquent phrases can make things sound particularly painful.  You will have to excuse the use of the alliteration in the aforementioned.

They say that a picture can paint a thousand words but abbreviations can do a few hundred, they can make speech speedier and ideas more easily understood.  It seemed like just the other day when I described my friend who left me waiting at the restaurant alone as having going AWOL, absent without official leave. Given the origin of this phrase, it seems apt that it is a capital offence.

So when a friend asked to be taken for Vietnamese, I asked around for what would be a GR8, great place to go.  Fingers pointed towards Cay Tre. 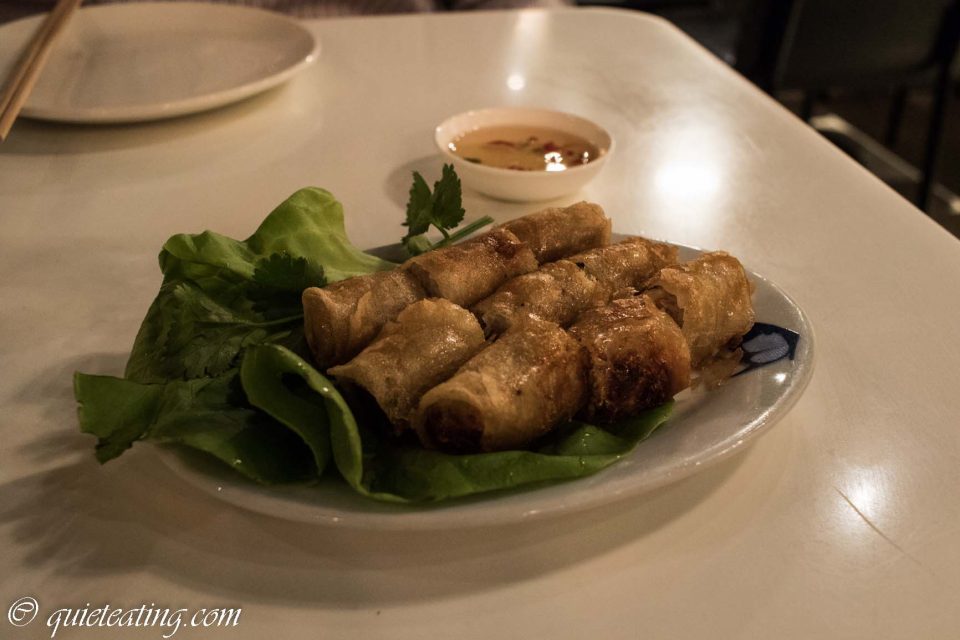 Imperial spring rolls, pork shoulder, prawns, crab, mushroom and glass noodles.  These were crispy, tasty and delightful.  Although overindulging might be AMA, against medical advice.  Then again, as my friends like to say, I’m a sucker for deep fried stuff.  Yet, I would caveat that, I only like well done deep fried things, like this. 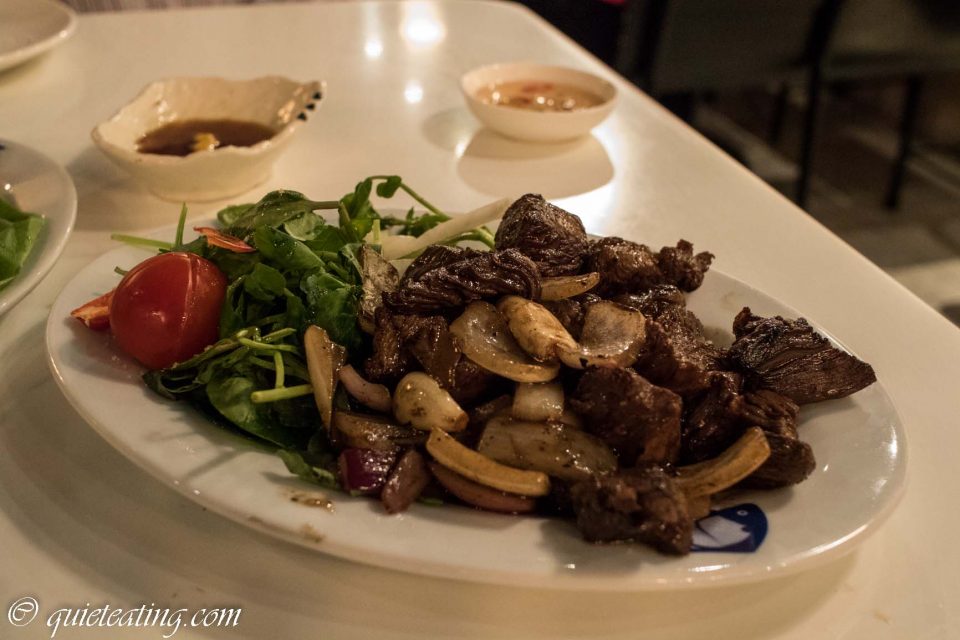 Shaking beef, chuckeye steak tossed with Phu Quoc pepper garlic butter and salad.  However, rather less impressive, the beef I tried was sadly, rather chewy and somewhat lacking in that minor point, taste.  AKA, also known as, a bit disappointing. 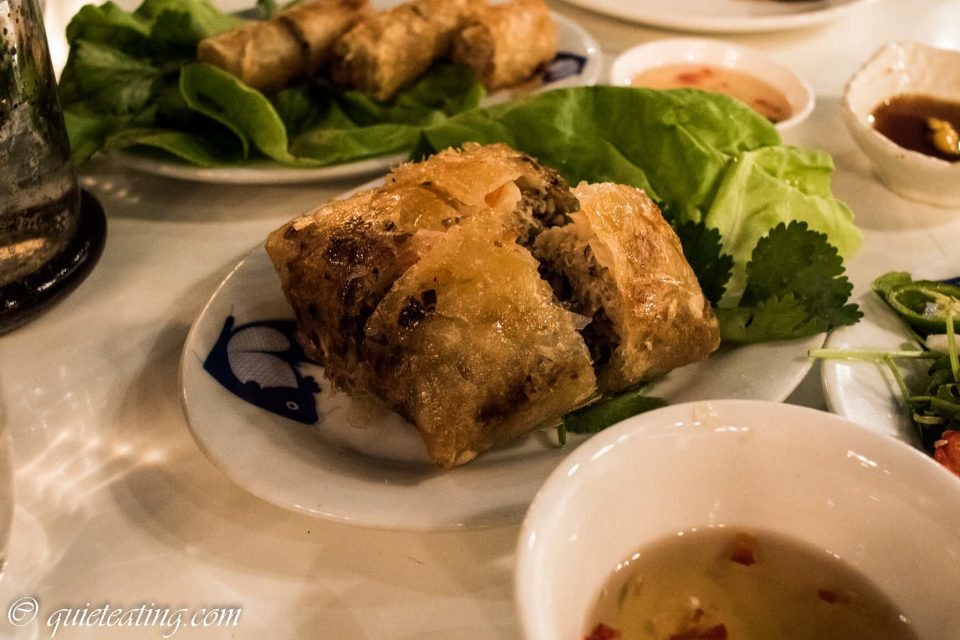 Saigon pho, with steak, brisket, fatty flank and skirt flank.  IMHO, in my humble opinion, sadly rather bland and insipid.  Even with all the toppings and a generous helping of chilli sauce, lemon and herbs, it just seemed to lack the oompf of other phos I had tried.  Unfortunately, a bit too much like drinking hot water flavoured with some soya sauce.

Although I had been promised so much before I arrived, at the end of the meal I felt somewhat confused.  I had entered with dreams of magical fare but had to sadly settle for something rather more ordinary.  Grasping for words, as I write this, one day I dipped into a book and found something particularly poignant.  Eating at Cay Tre, I felt confused like a LOL in NAD as the food was not bad – so, not inedible but it just lacked a spark.  That’s little old lady in no apparent distress in case you were wondering.